In Galveston ISD, a shipment of Chromebooks isn't expected to arrive until late August, but the virtual school year starts on Aug. 24. 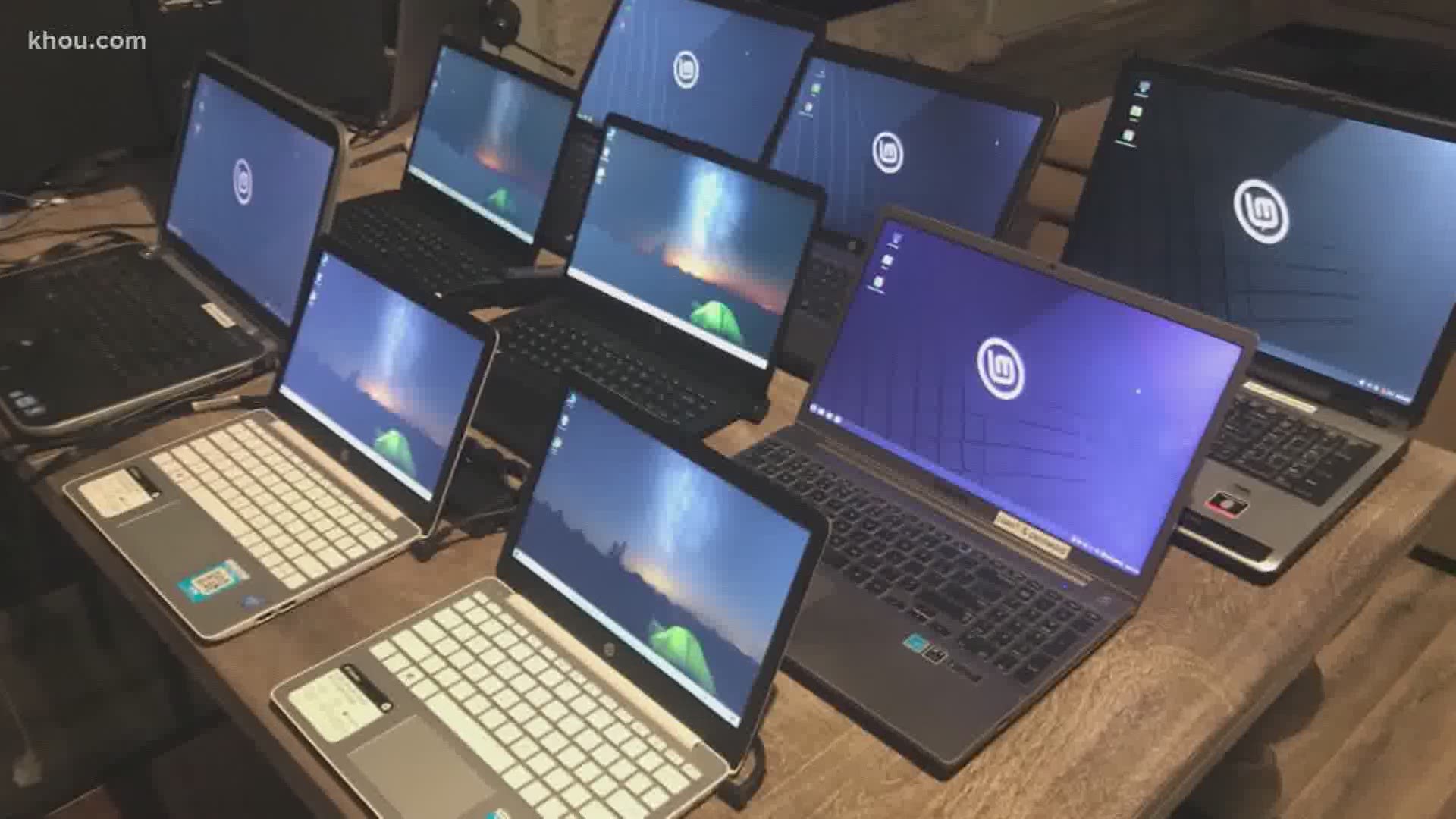 HOUSTON — As school districts rush to fine-tune their virtual learning plans, many are having to hurry up and wait when it comes to connecting students with devices to do their work online.

“Everybody in the world is looking for a computer and a Chromebook and a hotspot right now,” Galveston ISD Superintendent Dr. Kelli Moulton said.

In Galveston, the issue is not money, but getting the devices delivered. Moulton said the district received a $1.9 million private donation from the Moody Foundation to buy new devices but a bulk order of Chromebooks isn’t expected to arrive until the end of August. The district’s remote learning school year starts Aug. 24.

“In this interim, we would ask that our parents continue to provide what you have at home,” Moulton said.

Publicly-funded initiatives are in the same waiting game. In May, Gov. Greg Abbott launched “Operation Connectivity,” a statewide program that earmarked $200 million of CARES Act funds for e-learning.

The Texas Education Agency, which is a partner in the program, said it’s facing a serious supply-chain delay. A TEA spokesperson said delivery could take anywhere between two and 10 weeks, depending on the type of device. They said Chromebooks will likely take the longest to arrive.

For many districts, it’s a timeline that goes beyond when the virtual school bell rings this year.

“We will not hit our goal of having a device in every student’s hand,” said Aldine ISD spokesperson Sheleah Reed.

Aldine ISD requested an order of more than 50,000 computers and hotspots through the state initiative.

“I don’t think there’s someone holding 52,000 computers and saying ‘you can’t have them, nana nana boo boo,’” Reed said. “I think what’s happening is everyone needs the same thing at the same time.”