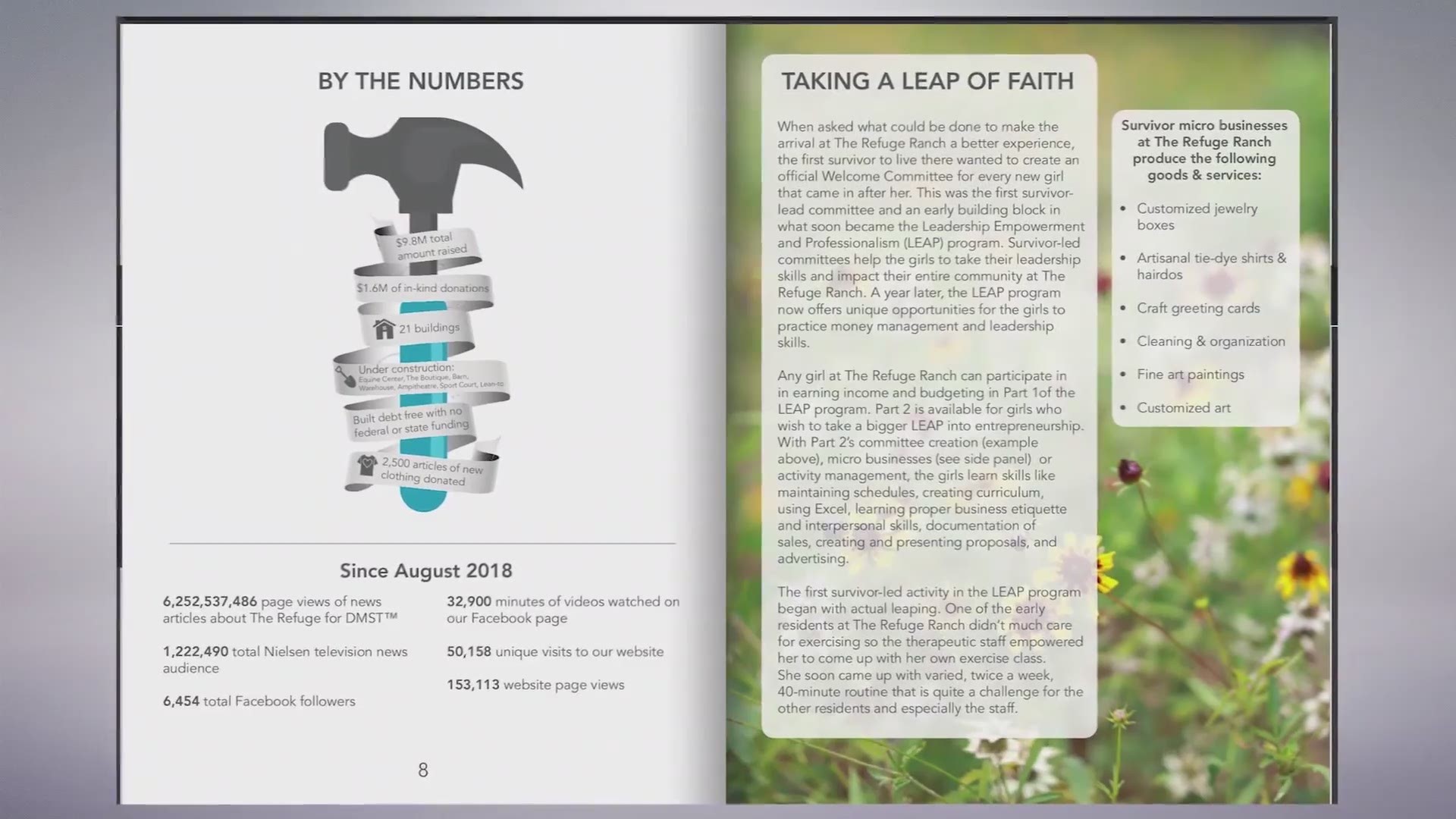 AUSTIN, Texas — To see what’s inside The Refuge Ranch, you’ll have to view through the numbers.

The Refuge for DMST is the non-profit behind the facility.

“You don’t want to further exploit the kids to raise money or show the results we had,” said Steven Phenix, PR & communication director for The Refuge for DMST. “We can’t physically show what we’re doing there. This impact report shows the numbers of what we’re doing throughout the year.”

The ranch served 17 survivors since it opened in August 2018.

Statics in the report show:

“Of the 23% of the girls placed by the state, state funding only covers 65% of their care,” the report shows.

“I knew they were trafficked as young as 11. It’s another thing to see it,” said Phenix.

We told you how sex traffickers in Austin often get away with the crime because jurors can look at the victim and cast blame.

However, these numbers also show hope.

The Refuge expects to have all beds filled by Christmas 2020.

RELATED: How to keep your kids safe on social media

RELATED: What you think about child sex trafficking in Texas may be wrong