Williamson County DA Shawn Dick said the case is one of at least five he's investigating with outside law enforcement. 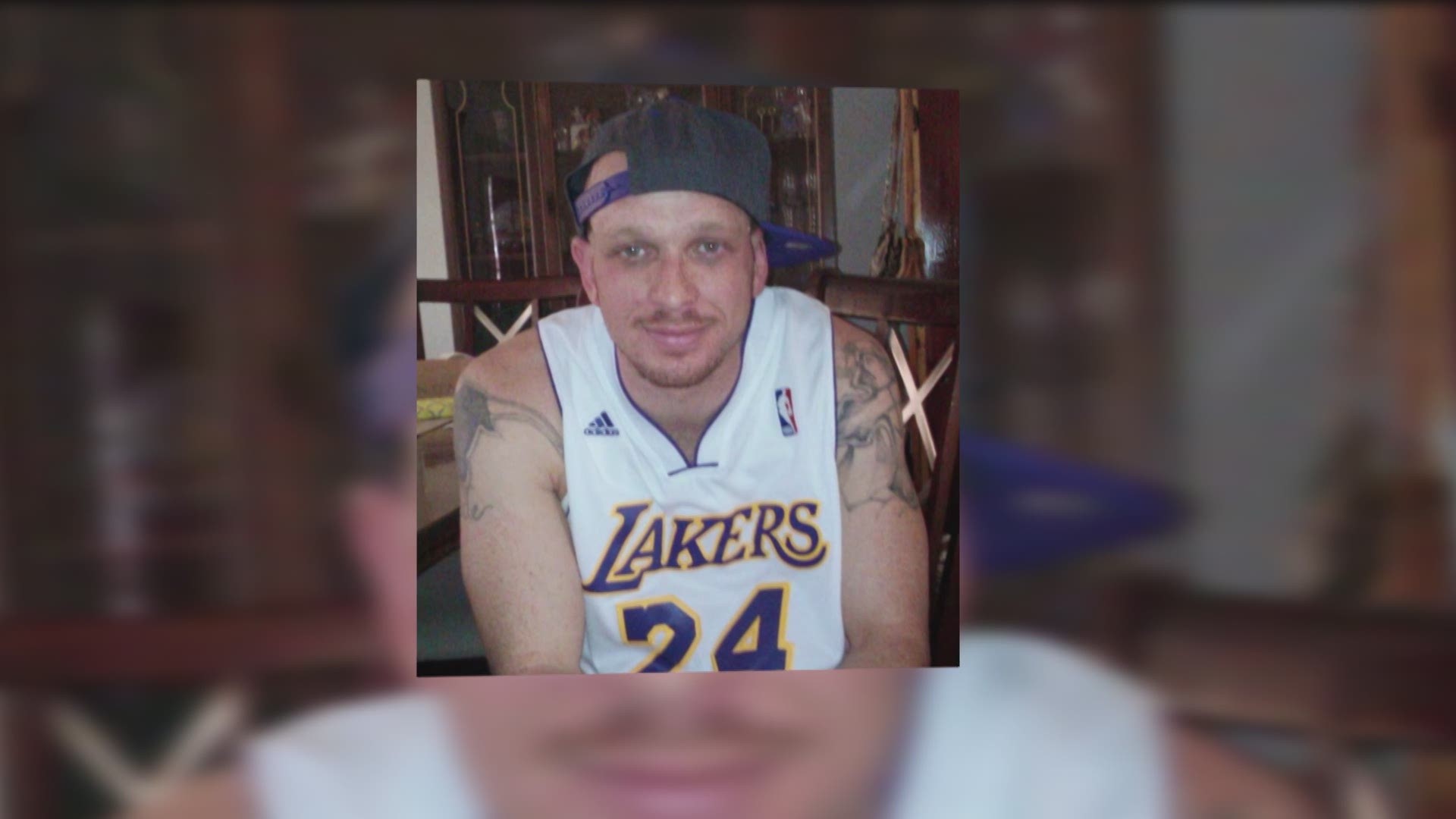 WILLIAMSON COUNTY, Texas — Weeks after the death of Javier Ambler in 2019, the same two Williamson County deputies involved in that case were involved in another violent arrest.

The KVUE Defenders have learned that the arrest of a 37-year-old handyman in June 2019 – broadcast on the show “Live PD” – is getting new scrutiny. Williamson County District Attorney Shawn Dick confirmed it is one of at least five use-of-force cases by sheriff’s deputies that he’s investigating.

The deputies’ attorneys say that they did not commit a crime and that “a police officer using force to overcome a physically resisting suspect will involve violence by definition.”

On June 14, 2019, Deputies J.J. Johnson and Zach Camden were among five officers involved in the arrest of Ramsey Mitchell, a white man whose arrest record spans two decades and includes burglary, drug possession and evading arrest.

RELATED: Timeline: A history of 'Live PD' in Williamson County

The clash started when Camden pulled Mitchell’s black Chevy sedan over for not having a front license plate in northwest Austin around 7 p.m.

“Hey, buddy, what’s your name?” Camden asked. “You been arrested for anything?”

Over the next two minutes, as the incident played out on national TV, Johnson and Detective Mark Luera notice the smell of alcohol. They got Mitchell out of the car to check him further. Then, as Camden began frisking Mitchell, he bolted, darting into the street to try to get away.

The struggle between the deputies and Mitchell played out for about two-and-a-half minutes before two more deputies arrived and finally got Mitchell in handcuffs. The confrontation ended with a mugshot of Mitchell at the Williamson County Jail showing his black eye and bruised head.

The case received little public attention at the time – aside from a group of Mitchell’s friends testifying July 9, 2019, at the Williamson County Commissioners Court. An internal affairs investigation by sheriff’s officials found no policy violations, although Camden was counseled on his use of profanity.

But now what happened to Mitchell is back in focus.

The KVUE Defenders were the first to reveal the case of Javier Ambler last month.

Ambler, a 40-year-old former postal worker, ran from deputies Johnson and Camden the night of March 28, 2019, after failing to dim his headlights and then leading them on a chase in which he crashed his car multiple times. The incident ended 22 minutes later in a violent clash in North Austin, with Ambler telling the deputies he had a heart condition and couldn’t breathe moments before he died.

The cases – 78 days apart – have several similarities. Besides involving the same deputies, both men were being stopped for minor traffic violations that ended in violent uses of force.

Now, some officials wonder whether the two cases are a sign of a more disturbing pattern of questionable force.

"When you start to look at things in context and you see how close in time Ramsey Mitchell's case happened to Javier Ambler's case, combined with a couple of other cases we have been looking at, Ramsey Mitchell now puts all those cases in a better context and needs to be looked at in a broader context,” Dick said.

Dick said his office did a preliminary investigation into what happened to Mitchell last year, but would not elaborate. He will not say what specifically troubles him about Mitchell’s arrest.

He said it is now one of at least five cases his office is investigating with an outside law enforcement agency. Dick would not release specifics of the other cases, the type of force each involved or when they happened.

In a statement, attorneys for Camden and Johnson said:

“The specific incident occurred and was broadcast on television and uploaded to YouTube over a year ago. Although it is receiving newfound media attention, we think the passage of that much time with no prosecutorial action sufficiently indicates there was never any legal issue here.”

In a letter to county leaders last year, Mitchell apologized for trying to escape, but said, “the extent of my injuries was not commensurate with the amount of effort needed to stop me from running.”

Now, a year later, and knowing the details of Ambler’s case, Mitchell’s friend, Rebel Sanders, wonders if the cases involving Ambler and Mitchell reveal something about the Williamson County Sheriff’s Office that deserves deeper scrutiny.

"It seems to be a pattern of excessive force with Williamson County,” Sanders said. "As for the department as a whole, I think they need to have a house cleaning. It seems like more and more stories are coming out about Williamson County."