In November, Austin Mayor Steve Adler hosted his daughter's wedding and vacationed with a group of people in Mexico. 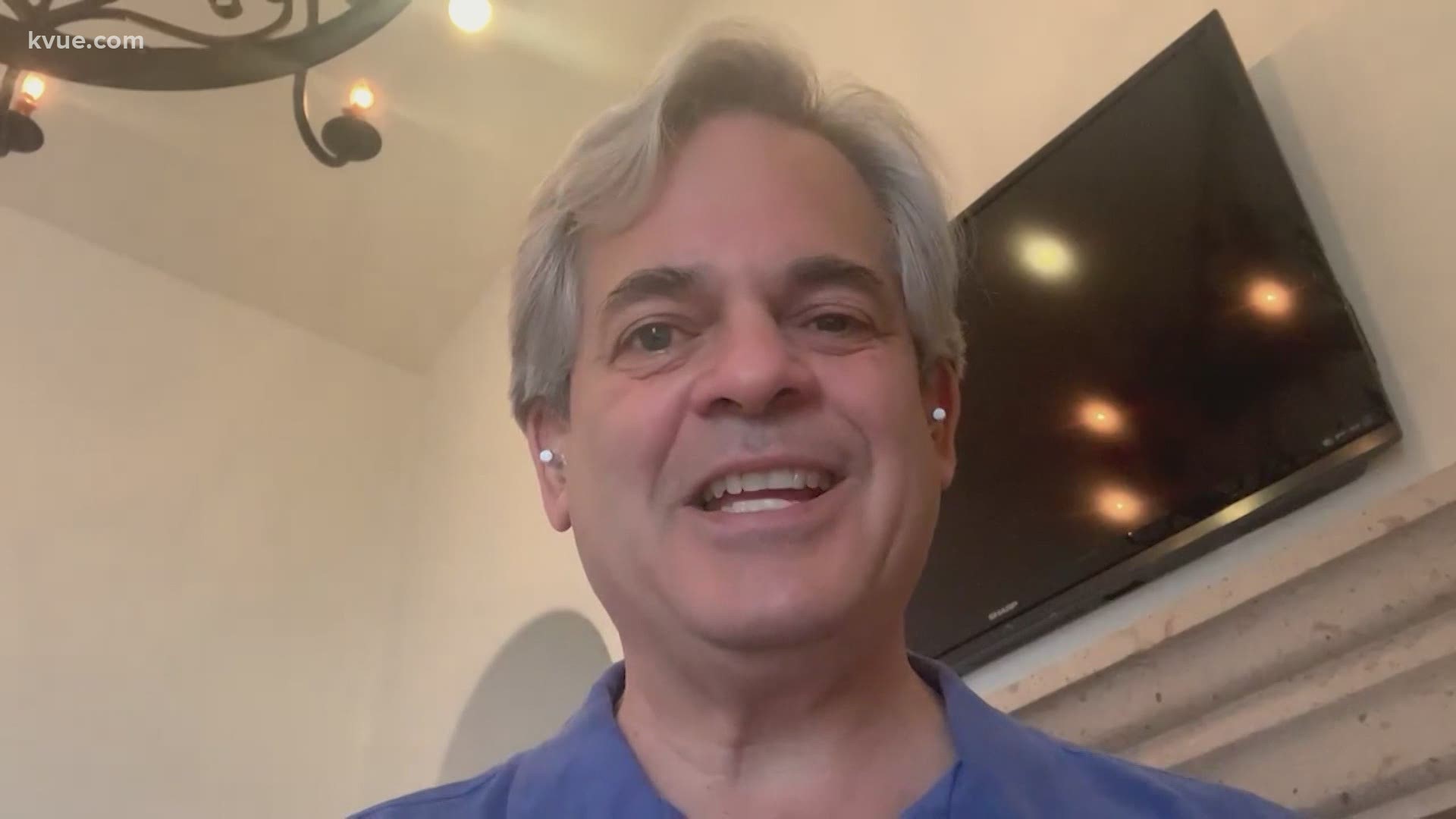 AUSTIN, Texas — Austin Mayor Steve Adler has confirmed to the KVUE Defenders that, after hosting his daughter’s wedding, he vacationed to Cabo San Lucas, Mexico, last month with a group of people.

Both happened in early November, just as top health officials began urging families not to gather with others outside their households and the mayor himself asked people to stay home if they could in order to slow the number of coronavirus cases.

Adler told KVUE Senior Reporter Tony Plohetski that he did not violate his own order or orders by Gov. Greg Abbott and took multiple steps to ensure the safety of his guests, including rapid COVID-19 testing.

But the private actions are from a public official who has been front and center urging Austinites to take COVID-19 precautions – and he even did so while he was out of the country.

Credit: Facebook screenshot
A screenshot of a video Mayor Steve Adler posted while vacationing in Mexico with a group of people.

During a Facebook video message posted Nov. 9, Adler said, “We need to stay home if you can…We need to keep the numbers down. Now is not the time to relax.”

You can watch the video here:

The mayor confirmed that when the video was recorded, he was in Mexico on vacation with eight people, including immediate and extended family, after flying from Austin on a private jet.

Two days earlier, Adler hosted a wedding and reception at Hotel Saint Cecilia, a South Congress Avenue hotel, for his daughter with 20 guests.

At the time, Austin was under Stage 3 guidelines, which suggest no gatherings of more than 10 people.

Credit: KVUE
A breakdown of what Stage 3 COVID-19 guidelines mean in Austin.

Guests had to maintain social distancing, he said, and the bride and groom gave out masks.

Attendees had to get a COVID-19 test prior to attending, he said.

1 / 4
Instagram
Austin Mayor Steve Adler hosted his daughter's wedding amid the pandemic. This is a screenshot of his daughter's husband's Instagram.

Several wedding attendees flew to Austin from across the U.S., including a Seattle-based wedding photographer.

"It's not perfect,” Adler said in an interview this week. “Obviously there are infections that could happen. But what we did was stay compliant with the rules."

The next day, eight of those wedding attendees, including Adler and both immediate and extended family members, departed for their trip to Cabo.

The day after they left, Escott issued a public warning: “If you are going to go out to a restaurant, go out with your family, the people who live in your household, not the family or friends who don’t live in your household. And start to decrease those travels outside of your home that are not necessary.”

At the time, the rate of people testing positive for COVID-19 was below 4%, and although cases were rising, they spiked after Adler’s trip.

Under state guidelines, which supersede any local guidelines, "wedding receptions held outdoors are strongly recommended and are not subject to an occupancy limit."

The week after Adler returned, on Nov. 19, the city raised the threat level to Stage 4, with recommendations against travel and gathering with people outside of your household.

"Every day since March, I repeat that being home is the safest place for people to be. Only at our most trying moments, like around Thanksgiving, have I asked people not to travel as part of extra precautions. Several weeks ago, when my daughter cancelled her planned wedding to replace it with a COVID appropriate more private ceremony and when my family traveled, we consulted with health authorities and worked hard to model the kind of behavior I’ve asked of the community. We were in a lower risk “Yellow” level than now. It is always safest to stay home. However, we aren’t asking people never to venture out. We ask everyone to be as safe as possible in what they do. My family and I are no exception and we’ll continue to do as I ask of our community. During Thanksgiving and as anticipated for Christmas and the New Year, we should all be especially mindful."

"I regret this travel. I wouldn’t travel now, didn’t over Thanksgiving and won’t over Christmas.  But my fear is that this travel, even having happened during a safer period, could be used by some as justification for risky behavior.  In hindsight, and even though it violated no order, it set a bad example for which I apologize."

The mayor's actions come a week after Williamson County Judge Bill Gravell paid a $1,000 fine for violating his own stay home order in March.

Server gets $2,000 tip, but restaurant says it can't process a tip that big