Retail stores, beauty salons have the most complaints for violating Houston's COVID-19 order

More than 2,200 complaints have come in about businesses not complying with the order over the past month. 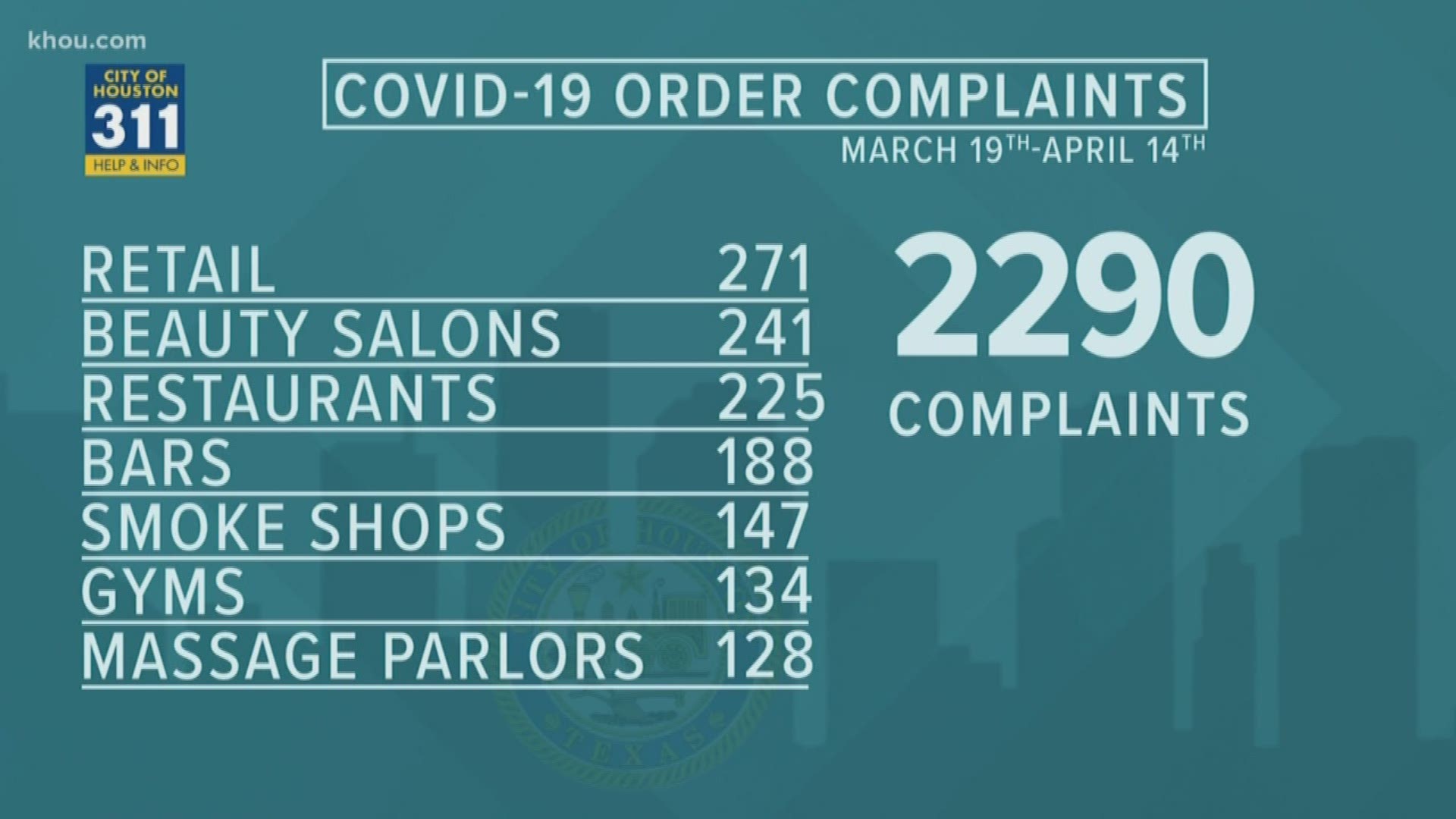 HOUSTON — After Houston merchants closed up shop and locked their doors about a month ago to comply with the city of Houston’s emergency coronavirus order, citizens began lighting up the city’s 311 helpline.

More than 2,290 complaints have come in about businesses not complying with the order, according to the latest available city data from March 19 to April 14.

Retail stores had the most complaints, followed by beauty salons, which include barbers, hair and nail, spas and tanning shops. Next on the list are restaurants and bars, followed by smoke shops, gyms and massage therapy businesses.

The complaints are forwarded to the Houston Fire Department, where Assistant Chief Richard Mann oversees nine teams of investigators on HFD’s Occupancy Task Force. Every morning the group meets to discuss any changes or interpretations in the emergency order before hitting the streets.

“Our primary goal is to seek voluntary compliance. We go out and we try to educate the business owner,” Mann said.

“If we do not get voluntary compliance, we will shut the business down and issue citations if we have to, but those are very few,” Mann said.

HFD was only able to provide numbers between April 9 and April 13. For those five days, the task force investigated 592 complaints and wrote three citations. Investigators also issued 51 notices of violation, meaning a business was disobeying the order, but quickly complied on its own.

Mann said it’s rare for business owners to thumb their nose at the new rules.

“For the most part those are few and far between, but most people are doing the best they can to comply,” he said.

The stakes can be high for non-compliance. Mann said a citation carries a potential $2,000 fine. If a bar or nightclub breaks the rules, the Texas Alcoholic Beverage Commission can suspend or revoke their liquor license.

If an owner believes it is an “essential business,” it can apply for an exemption through Harris County here.