A lawsuit filed by 11 former employees claim Precinct 2 Constable Chris Diaz punished them for speaking out against his unethical campaign practices. 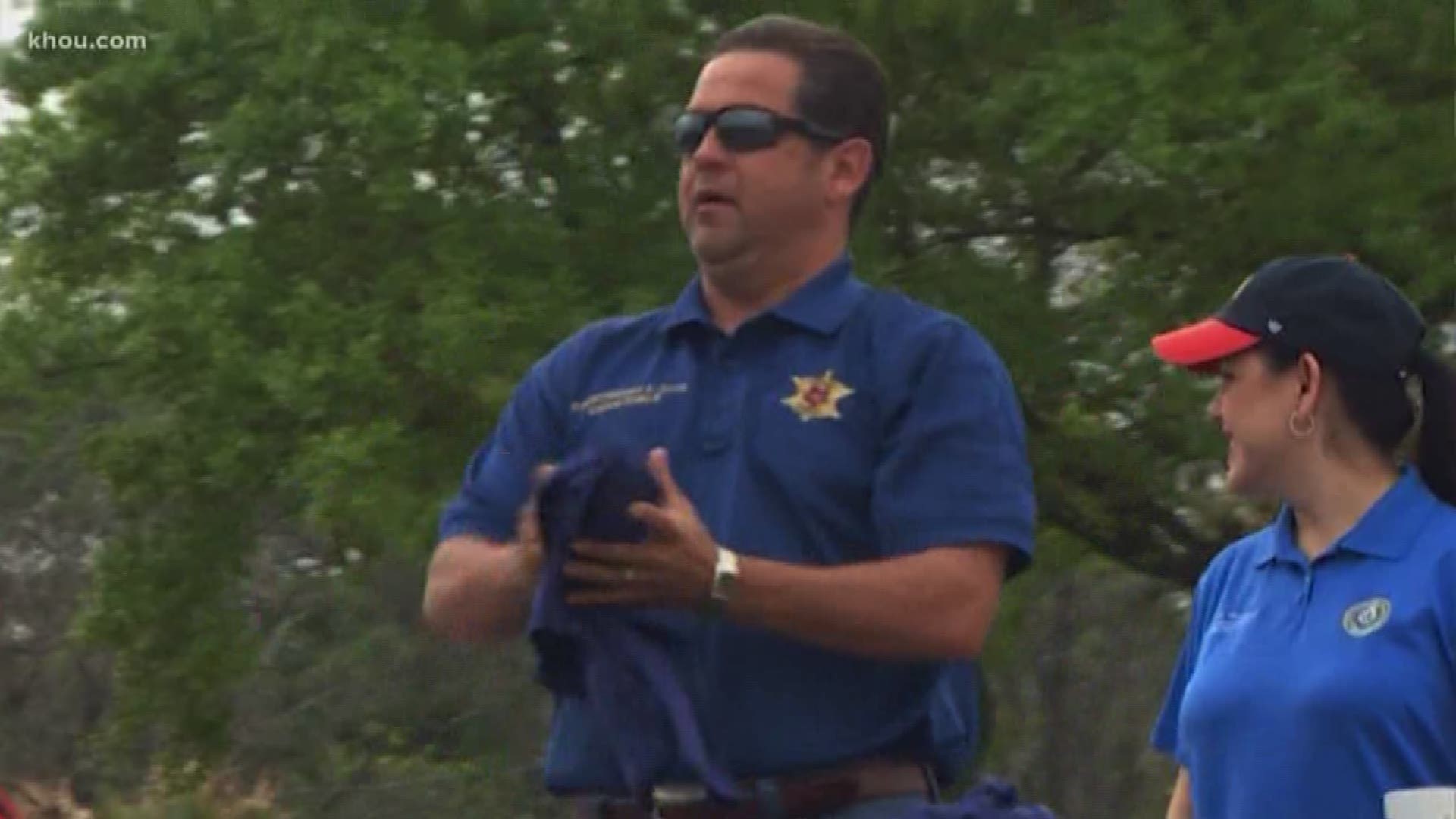 KHOU 11 Investigates revealed the constable passing out free t-shirts at a San Jacinto City St. Patrick’s Day parade last year. He approved the printing of his county badge on the front of the shirt and “TEAM DIAZ” on the back.

But the shirts were not purchased by Diaz himself or his campaign; rather, they were Hurricane Harvey donations to a local church for victims of the storm. The Texas Rangers launched an investigation into the matter as well as potential overtime abuse by a lieutenant at the department.

A number of deputies gave statements to state investigators during that probe.

“And as a result, Diaz retaliated against those deputies and civilians by demoting them, involuntarily transferring them or terminating them,” said attorney Scott Poerschke, who filed the lawsuit Wednesday in the United States District Court  Southern District of Texas.

Credit: KHOU
Christopher Diaz, the Harris County Precinct 2 constable, is facing tough ethical questions after at least 10 boxes of t-shirts intended for Hurricane Harvey victims were printed with his name and badge.

Two former employees, including the chief deputy for the department, were given a dishonorable discharge, “which is a death sentence for any police officer trying to find another job in the State of Texas,” Poerschke said.

The court pleading claims employees were also pressured to make donations to the Constable Diaz campaign and forbidden to publicly support any political opponent. When they didn’t follow orders, those employees claim Diaz punished them, too.

“If you do not donate, or if you challenge me in any way, then you will suffer—you will suffer the consequences,” Poerschke said of Diaz.

The lawsuit is seeking the employees’ jobs back, lost wages and damages for the alleged retaliation. Diaz declined to comment on the pending litigation, through a department spokesperson

No criminal charges were filed as a result of the Texas Rangers investigation.