HOUSTON- The Houston Police Department is changing its body camera policy to capture more video when officers fail to press the record button, according to an internal HPD order KHOU 11 Investigates obtained. 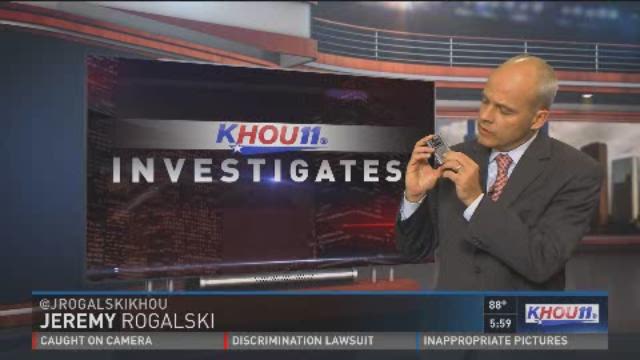 HOUSTON- The Houston Police Department is changing its body camera policy to capture more video when officers fail to press the record button, according to an internal HPD order KHOU 11 Investigates obtained.

The current “VISTA” brand cameras, manufactured by Allen, Texas-based WatchGuard, offer a “pre-recording” feature that captures events prior to when the record button is pressed. During its initial rollout in April, Houston Police configured the cameras with a 30-second pre-recording setting.

On July 9, two officers fatally shot a man with a gun on Cullen Road in southeast Houston.
While nearby gas station security video captured the actually shooting, the officers’ body worn cameras did not. After police fired shots, the passenger-side officer rolled his camera 49 seconds later. The driver-side officer pressed record one minute, 19 seconds later.

The incident sparked several community protests, including one at City Hall.

“The body camera was not turned on until after he was dead,” said community activist Anthony Collier.

According to a memo from Acting Police Chief Martha Montalvo, the department will begin deploying a new model body worn camera. Instead of the 30-second pre-recording feature, body cameras will be configured with a two minute pre-event recording function.

"The latest cameras being issued are simply part of the department’s commitment to refining and improving our body worn camera policies and technology as well as increasing our transparency to the public," said Acting Chief Montalvo in a statement.

"Transparency can only go so far,” said Ray Hunt, President of the Houston Police Officers’ Union.

Hunt said going back two minutes is too far, and the new configuration will potentially capture personal, private moments during an officer's shift.

"Taking a whiz or going to the restroom, no, that's not what anybody has a right to see, not a supervisor, not internal affairs, and hell no, not the public,” Hunt said.

A two-minute pre-event recording feature would have captured the actual shooting on Cullen Road. But Hunt said in situations like those, HPD policy states that officers’ primary responsibility is to ensure their own safety and the safety of the public.