The buses were caught running red across the Greater Houston area, leading some parents to question the safety of their children. 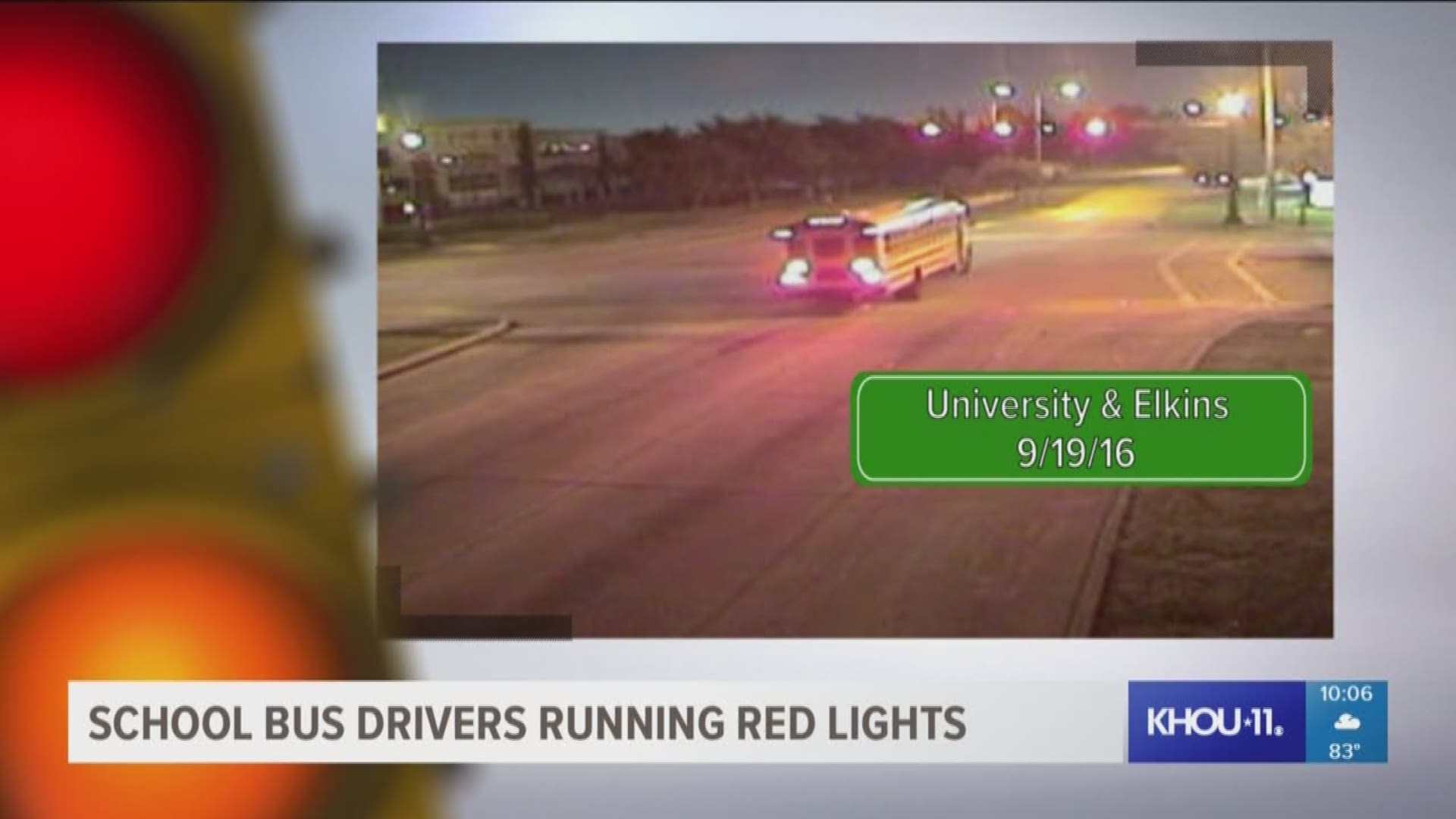 The rules of the road are simple enough.

But some yellow school bus drivers around Greater Houston simply don’t get it.

Much of the video footage shows buses rolling through various intersections after the stoplight clearly turned red. In other cases, violations were issued for making a turn on a red light when prohibited. 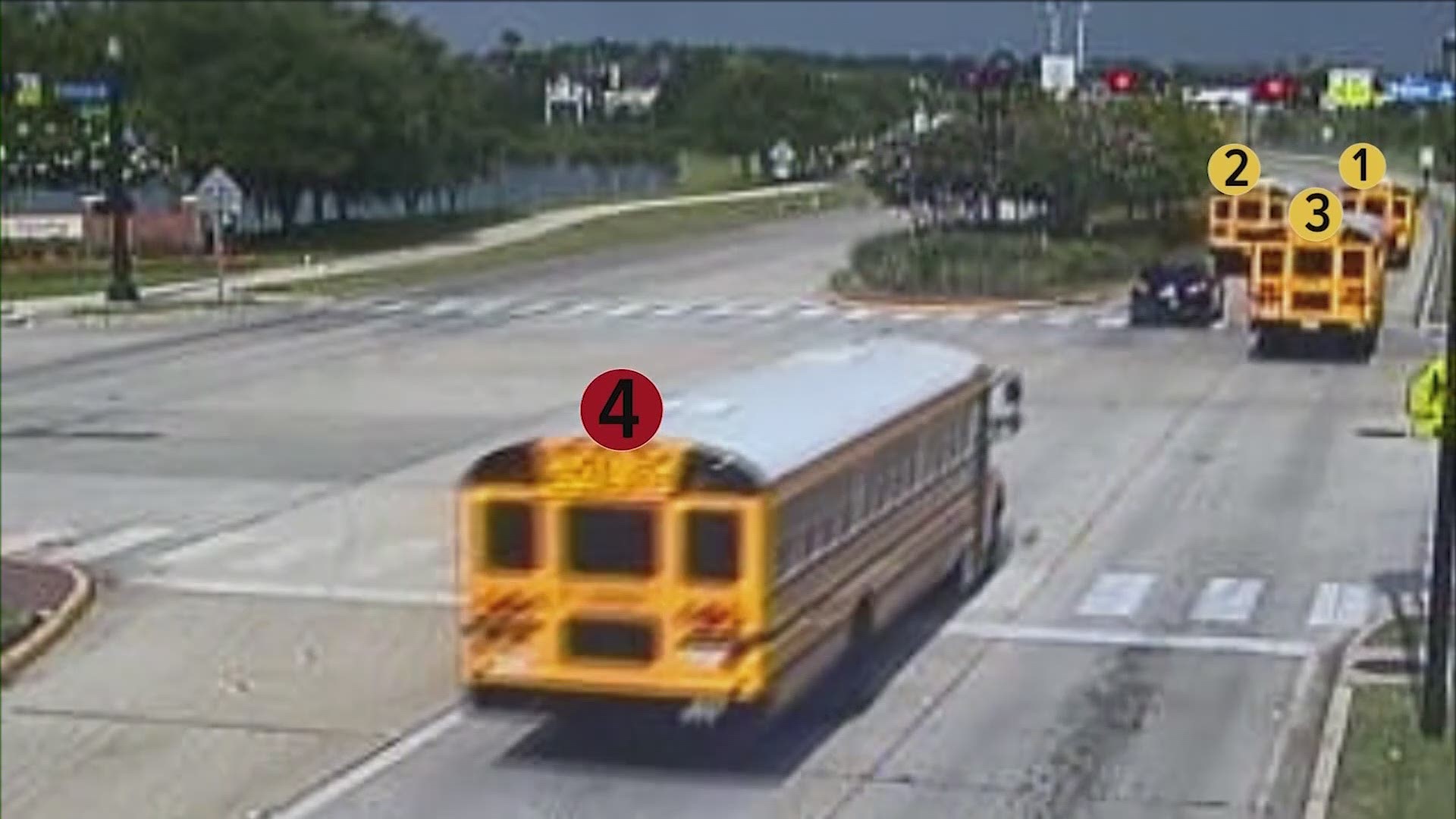 It happened in broad daylight after school let out as well before sunrise on the way to school—when it’s potentially even more dangerous.

“Wow, that’s very scary,” parent Selena Showers said, whose son attends Meadows Elementary School in the Fort Bend Independent School District. “It doesn’t make me feel safe about him riding the bus; it makes me want to go ahead and drop him off at school and pick him up.”

After watching several of the red-light ticket videos, Showers and other parents said they worry about an accident from cross traffic.

“People just like to go when the light turns green, so for (bus drivers) to run it, it’s not safe,” parent Brittany Herron said.

Parent Gul Aley added: “By just looking at it, it’s devastating because the pedestrians, the other cars, the children’s lives, they’re at risk.”

There were some close calls shown in the red light camera footage. At West Airport Boulevard and Eldridge Road in Sugar Land, a school bus making a left turn on red appeared to cut off a pedestrian crossing the street.

At University Boulevard and Elkins Road, three school buses crossed the intersection on a changing yellow light, followed by a fourth bus that blew through the red.

“I’m really shocked,” Showers said. “You have children on the bus, you have a huge responsibility.”

How Drivers are Disciplined

All the school districts that were issued red-light tickets require their drivers to pay the $75 fine.

A spokesperson for Humble ISD said two of its drivers received a written reprimand. According to Jamie Mount, director of public communications, the district also strengthened its disciplinary procedures this year. The first citation will result in a one-day suspension without pay and the second citation carries a three-day unpaid suspension. Drivers who receive a third citation will be terminated.

“Drivers are expected to drive in a safe and lawful manner at all times,” Mount said. “We expect excellence.”

Tomball ISD would not disclose if it disciplined any red-light-running drivers because “that would violate privacy,” according to Allison McClain, director of communications and marketing.

A spokesperson for Fort Bend ISD said it has disciplined drivers for receiving red-light tickets but the district would not elaborate on the type of discipline meted out “due to privacy concerns.”

In general terms, Fort Bend ISD’s disciplinary policy ranges from a verbal or written warning, or suspension or termination for egregious offenses according to Amanda Bubela, director of external communications and media relations.

Bubela said safety is always the number one priority at Fort Bend ISD. She added that the district has more than 500 bus drivers who drove approximately 4.5 million miles during the past two school years.

“While no violation is acceptable, we recognize that these infractions are not representative of all drivers and the role they play getting our children safely to school,” Bubela said.

More: Does your kid's school bus have air conditioning?

Fort Bend ISD did confirm that two of its drivers received two red-light tickets each over the past two years. The district would not address if it took disciplinary action in those cases.

“I think we should have a right to know about that,” parent Joanna Hernandez said. “If somebody’s driving and not stopping at the lights on the light, that means there’s people that should not even be driving a bus.”