Busted water line was on city's radar for repairs

HOUSTON — The City of Houston knew about issues with the water main that burst and shut down part of the city on Thursday and Friday, KHOU 11 Investigates has learned.

City records reveal the city pumped millions of dollars into the Clinton Drive line in just the last five years for assessments and repairs.

It’s not the first time the water line, which carries nearly half the city’s water supply, affected residents’ water pressure. Back in 2016, Mayor Sylvester Turner announced the water line would be shut down for four months as part of an overall improvement project on Clinton Drive.

“The City plans to make use of this required shut down to assess the condition of the 96-inch water line and make other improvements and repairs to it,” Turner wrote in a CitizensNet letter.

From there, the city spent nearly $7.3 million on the waterline, according to city council minutes accepting the work. The work included rehabilitation of parts and valve installation.

And just last month, city council approved another $5 million in funding to install new valves on the Clinton Drive line and valves at four other large-diameter water line sites.

“This program is to ensure that large diameter water lines are repaired or replaced to minimize the impacts of major water main shut downs,” the project notice read.

The Clinton Drive pipe – made of prestressed concrete with reinforced steel – delivers 105 million gallons of water a day and originally was installed back in April 1990, three decades ago.

“We have an aging infrastructure, not just in this city, but cities across the board,” Turner said in a news conference on Thursday.

University of Houston engineering professor Cumaraswamy Vipulanandan agreed with that statement. He has worked with the city and studied water infrastructures across the country.

“End of the day, this is an issue everywhere,” he said.

One of his studies analyzed 100 breaks across the city. An ongoing issue he found was changes in soil moisture with Houston’s wet weather can affect a pipe’s durability.

“Soil keeps changing every day,” he said. “Rain, hot weather, it affects the soil behavior, and all that impacts the performance of the pipe.”

However, it’s too early to say whether those conditions played a role in the slow leak that city contractors were trying to fix before the massive break. 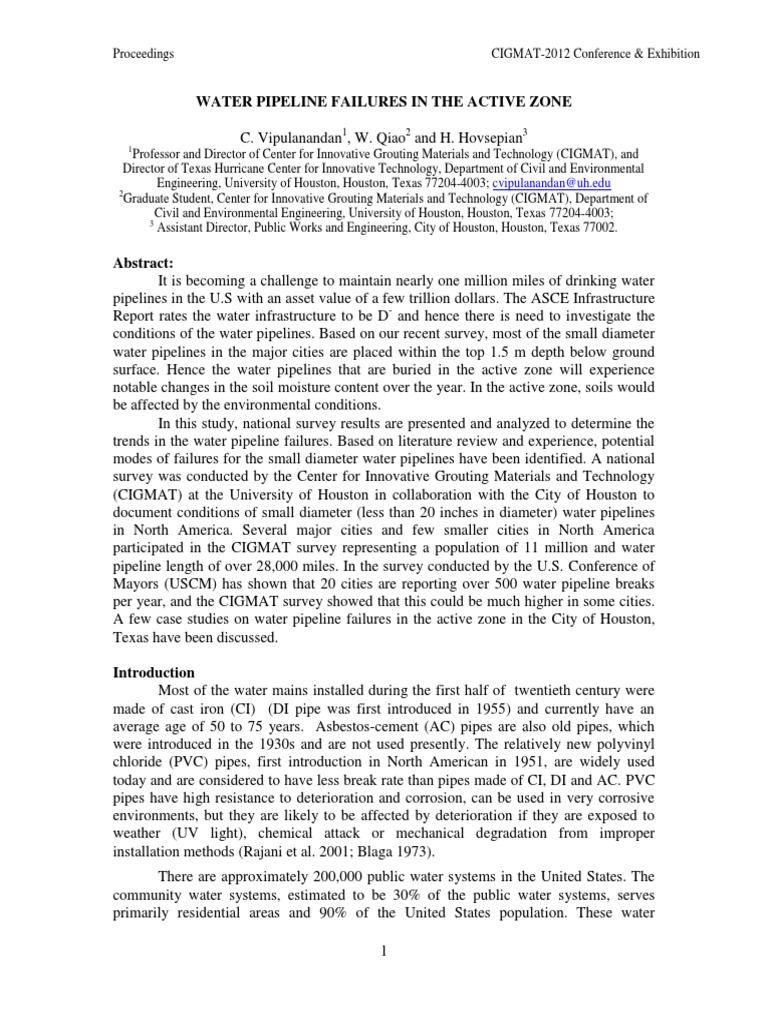