A side effect of COVID-19 crisis: Houston's air is cleaner

But experts believe it won't stick around after Harris County's stay-at-home order is lifted. 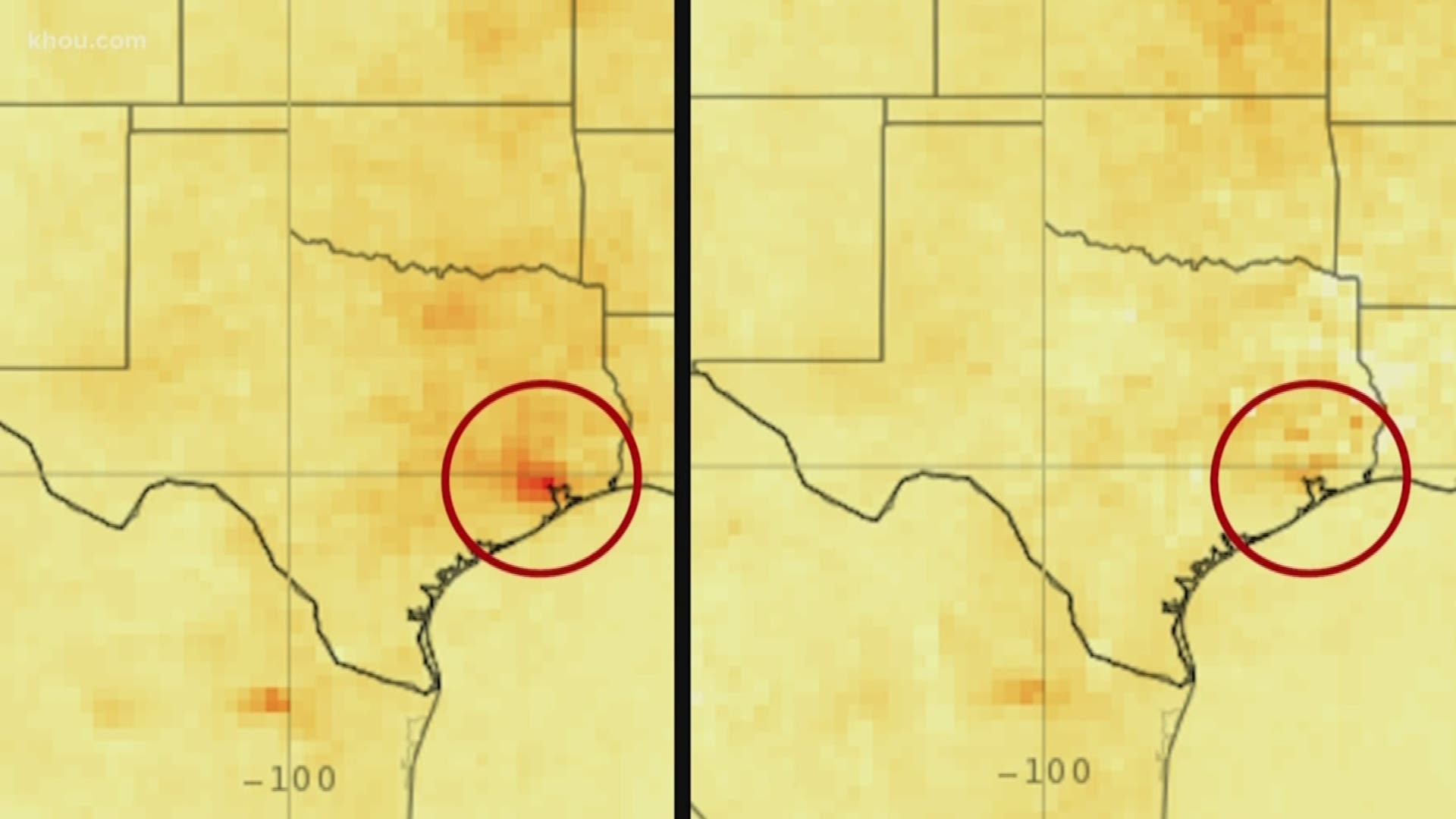 HOUSTON — If you’ve found it easier to breathe the past couple of weeks, there’s some hard data that helps explain why.

It starts with what comes out of your vehicle’s exhaust pipe—carbon monoxide and nitrogen dioxide. With about half as much traffic as normal on the road, levels of those two pollutants are down in Houston.

During the stay-at-home order, carbon monoxide readings are 19 percent lower than the same timeframe last year. Nitrogen dioxide levels have dropped 23 percent, according to a KHOU 11 analysis of air quality readings from the Texas Commission on Environmental Quality.

“There are satellites that are actually taking images of how much nitrogen dioxide is in the air and we can actually see from space that NO-2 is declining,” Cohan said.

The color-coded images are distinct. There is a bright red spot over Harris County in 2019, indicating higher levels of nitrogen dioxide. In 2020, the red is replaced with golden hues, showing reduced levels of the pollutant.

“It really is fascinating that you can see in real time, the impacts of these stay at home orders”

Houston’s ozone levels, or smog, are down too—13 percent compared to this time last year.

But with the good air quality news also comes concern for some environmental advocacy rules. A few weeks ago, the federal government relaxed the rules for refineries and chemical plants reporting pollution.

“The EPA has suspended the requirement that they have to monitor that and report it to the EPA, so we really have no idea what they could be polluting,” said Catherine Fraser with the Austin-based non-profit Environment Texas.

As for those emissions from your car’s tailpipe, Houston’s cleaner air won’t stick around once stay-at-home orders are eventually lifted.