Ieshia Champs was sworn in on Jan. 9 as an assistant county attorney and since then, she’s had a pretty heavy workload. She wouldn’t have it any other way. 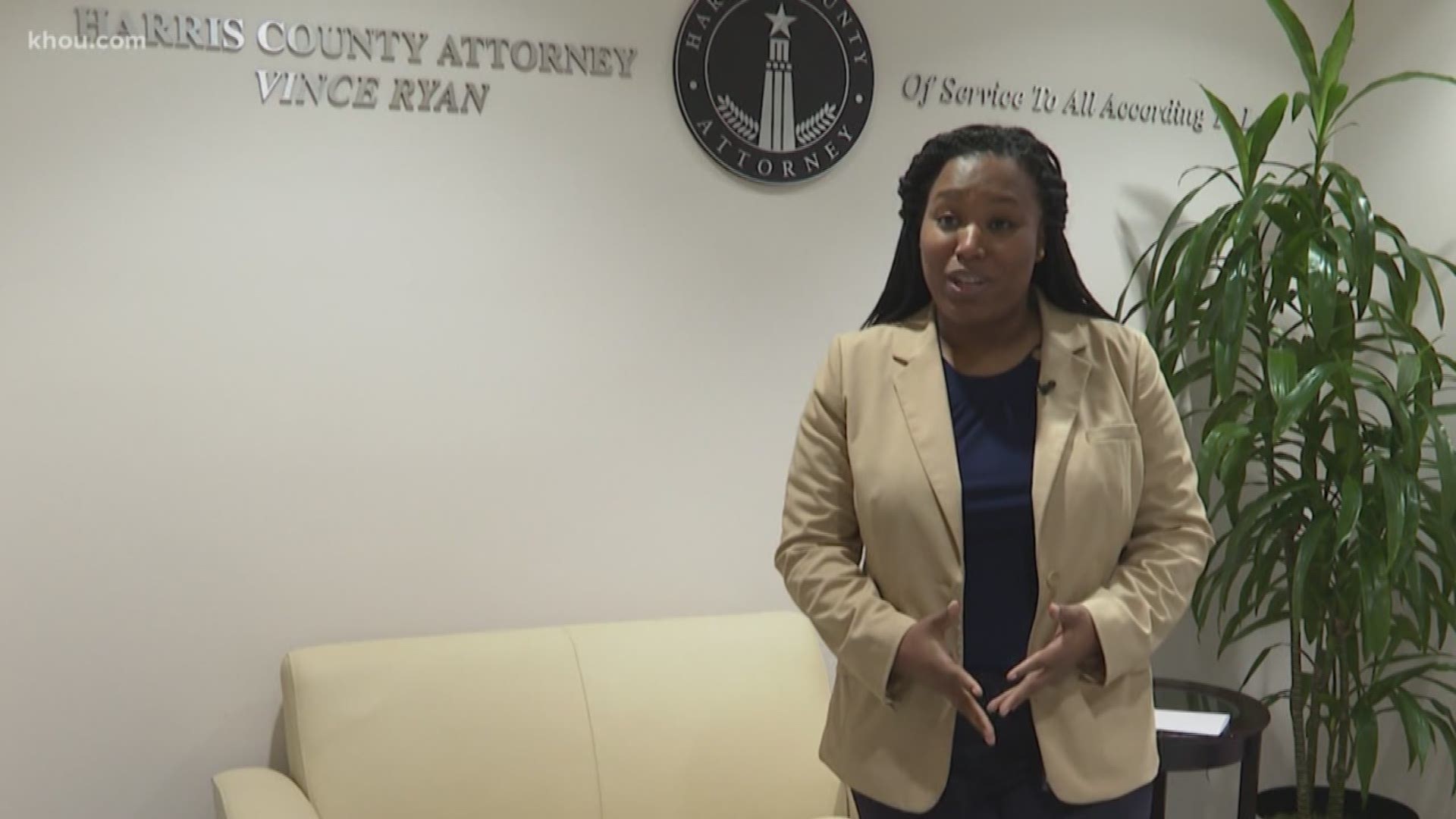 PASADENA, Texas — A mother of five whose graduation pictures with her kids went viral is now working as a Harris County attorney.

Ieshia Champs received national attention for the picture and the obstacles she was able to overcome while raising her family.

Champs was sworn in on Jan. 9 as an assistant county attorney and since then, she’s had a pretty heavy workload. She wouldn’t have it any other way.

It’s a full circle moment for Champs. The Harris County Attorney’s office where she once interned is now a big part of her every day life.

“To come here and see my name on the door, it’s real life," Champs said. "Sometimes I forget that I’m an attorney until I walk in this office and realize, ‘Hey, this is real.’”

Champs graduated from the Thurgood Marshal School of Law at Texas Southern University in May and included her five children in her graduation pictures that quickly went viral.

“I feel like as a mother, I gave them something to look forward to and something that they can also give their children in the future,” she said.

“The one who was once advocated for now has an opportunity to advocate for the same children who mirrored my past,” Champs said.

“Ms. Champs is an inspiration to all who are faced with seemingly insurmountable obstacles in life," said Harris County Attorney Vince Ryan. "We are fortunate that her path has brought her to our Office where she can continue to make a difference in the lives of those impacted by Children’s Protectives Services in Harris County.”

Champs is excited to hopefully make a positive impact in the lives of families. She takes pride in knowing her hard work has paid off, not just for her, but for her kids as well.

“Having these pictures in the background is a reminder of not only the hard work that I put in, but the sacrifices that my children made to make our dream come true as a family, and it’s something that motivates me daily," Champs said.

Champs said her kids are very interested in what she does every day, and some of them are even considering becoming attorneys when they grow up.