If your HVAC system is more than 10 years old, an EPA change could cost you big money

Here's the problem, Freon is a common refrigerant for air conditioners over the age of 10 and is being phased out by the federal government at the end of the year. 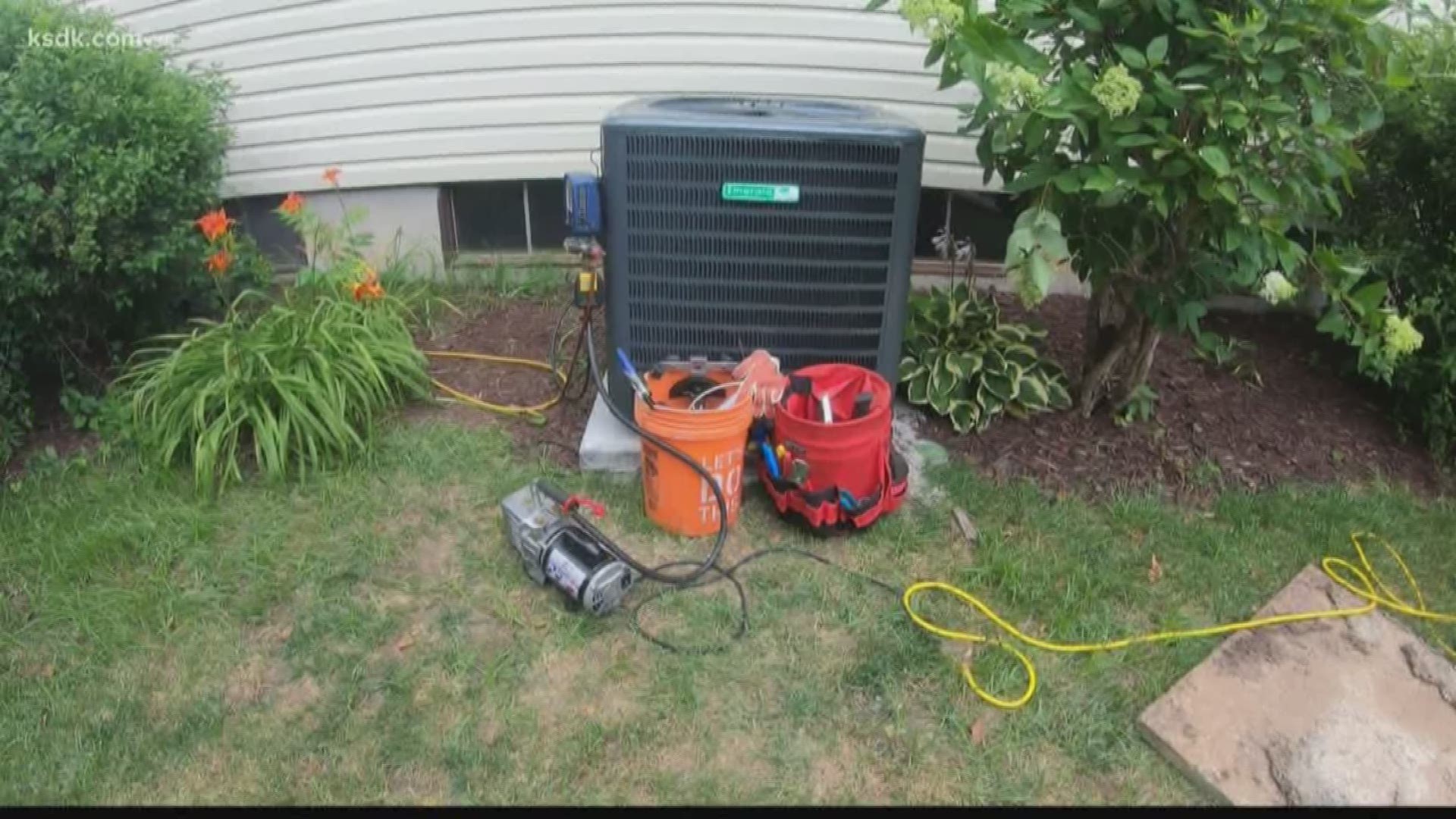 ST. LOUIS — If your air conditioner is more than 10 years old, heads up. A big change from the Environmental Protection Agency will go into effect at the end of the year, and it could cost you a lot of money.

St. Louis summers aren't for the faint of heart.

“I kept trying to turn down my thermostat down to get cool and it wasn't cooling my house very good,” Katherine Staffan said.

So when Staffan's HVAC unit started getting sluggish, she got it checked.

“He said it was on its last legs,” Staffan said.

Here's the problem, Freon — or it's generic name, R-22 — is a common refrigerant for air conditioners over the age of 10 and is being phased out by the federal government at the end of the year.

“It'll be illegal to manufacture it or import new,” said Steve Miles, the CEO of Jerry Kelly Heating and Cooling. “So the only thing that will be available to the homeowner is reclaimed and recycled refrigerant.”

That will send Freon prices soaring.

Phasing out R-22 was first set in motion in the 1980s with the Montreal Protocol.

In 2010, it became illegal for any new air conditioners to use freon, which is why newer units are pretty much unaffected.

So if you have an older unit, what are your options?

One, if your current unit isn't leaking, stay the course.

“If your system is sealed and it's not leaking, you're golden,” Miles said. “However, if it is leaking out, the leak's not going away, they're really hard to fix, and it's an old system so it's probably time.”

If it is, you could consider retrofitting your current unit to run an approved coolant. But just a warning, it could void your warranty depending on the manufacturer of your system.

Your best bet may be biting the bullet and getting a whole new system, which could set you back anywhere from $8,000 to $12,000.

That's what Staffan ultimately decided to do.

“Because I figured prices were only going to go up,” she said.

Just the thought of cool air on a hot day warms her heart.

“I feel really happy, I dodged a bullet,” she said.

For more information on why the EPA IS BANNING FREON, you can visit the FAQ section on the EPA website.