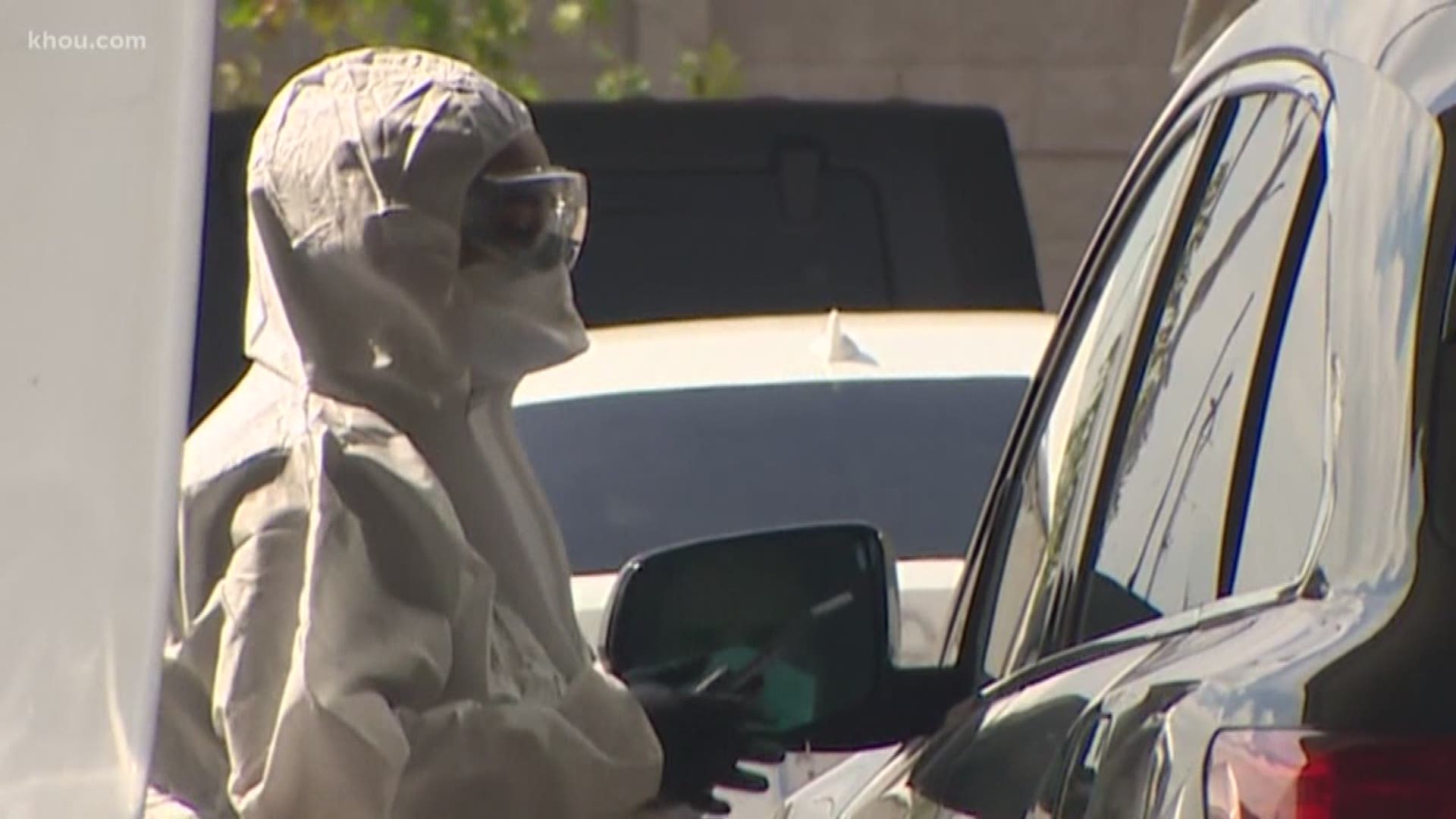 But free COVID-19 examinations were the attraction Tuesday for hundreds of people like 75-year-old Navy vet Bernie Lightfoot.

"I want to get tested," said Lightfoot. "Make sure that everything is still on track."  "Make sure I’m doing the right things.”

It's the second testing site opened by United Memorial Medical Center in conjunction with Congresswoman Sheila Jackson Lee and others.

And so far, the medical center is covering the cost and not requiring off-site pre-screening.

"We have tested close to 2400 people," said UMMC chief medical officer Joseph Varon.  "Of which 9.1 percent are positive.”

RELATED: Here's how Houston-area residents can get tested for coronavirus

Thu Khuat of Sugar Land wanted to ease her mind by waiting in line for a test.

“I got a sore throat, very weak,” said Khuat. "I want to try to make sure I can protect my family and the people around me also.”

People at the testing site are the most Lightfoot said he’s been around in a while.

“I’ve kept myself locked in," said Lightfoot. "So, I haven’t been out much, haven’t talked to a lot of people.”

That's something he planned to continue once he got his test.

The Smart Financial Centre site will be open from 9 a.m. to 4 p.m. on weekdays or until daily capacity is reached.