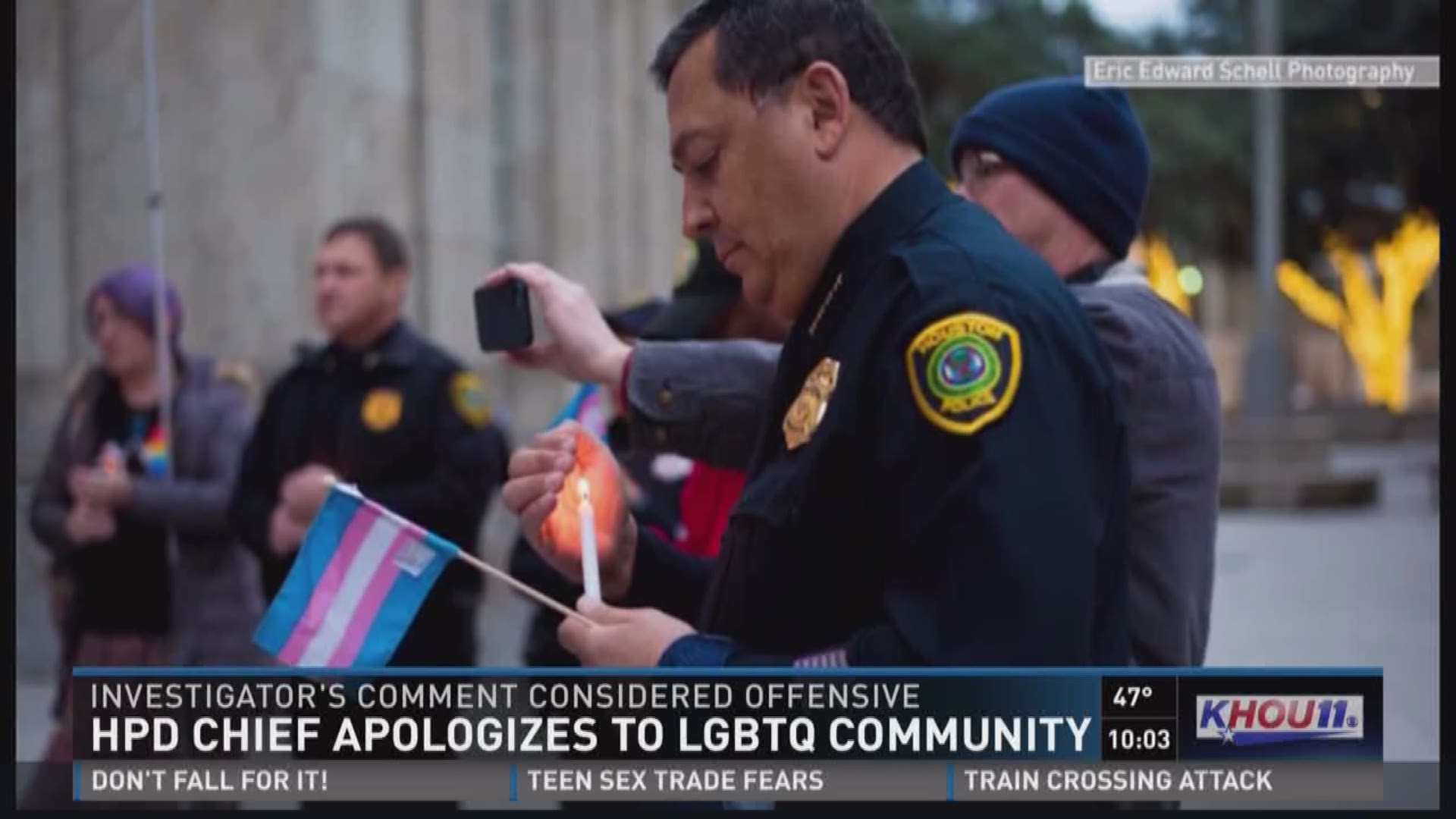 HOUSTON – Houston Police Chief Art Acevedo apologized Friday for a statement made by an HPD investigator earlier this week.

The statement was made by Houston Police Homicide Detective Phil Waters during a media briefing on a homicide case Wednesday morning.

During the briefing, the officer called the murder victim, who was a transgender woman, a “black male, probably 20’s, dressed in women’s clothing.”

The victim in the Brandon Street shooting was 26-year-old Brandi Seals.

She was found shot and killed in a newly constructed driveway. Police believe Seals may have been killed specifically because she was transgender.

At a vigil for the victim on the steps of City Hall Friday, Chief Acevedo spoke on the detective’s statement.

"As insensitive as the officer’s comments were, I believe it was a mistake of the mind and not of the heart.” Chief Acevedo said.

Acevedo added the department will work with The Montrose Center to better train officers to handle situations like this in the future.