President Trump is coming to Crosby Wednesday. Although no one knows exactly what he will be discussing, many anticipate him to take actions that could affect the entire country. 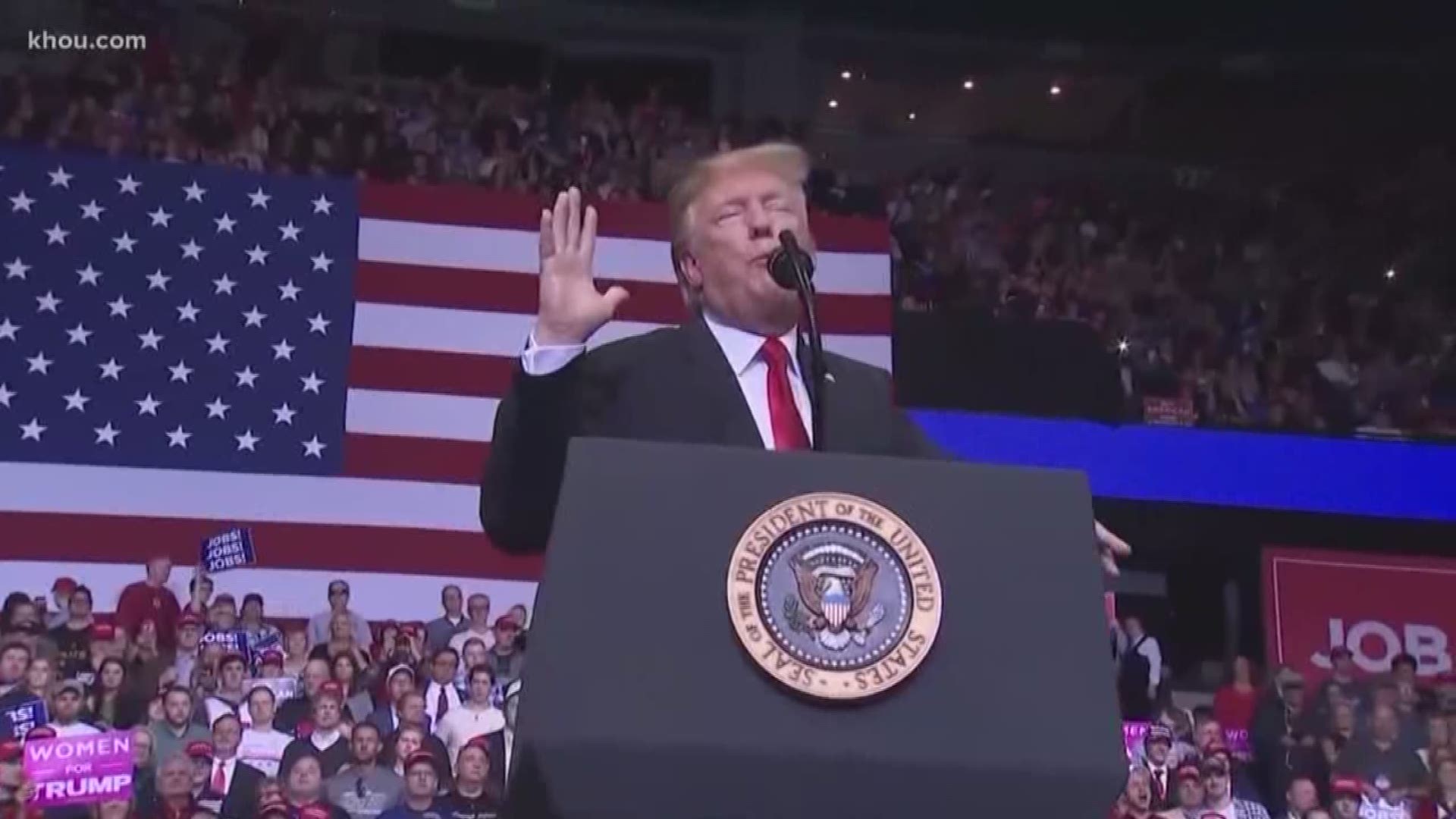 The small city of about 2,300 people is hoping to leave an impression, knowing they can be an example for how we make oil production more of a priority around the country.

Yesenia Ramirez never asked why the president picked Crosby because she knew between the industry and the people it was a no-brainer.

“He’s coming to this little tiny town because our industry is what helps Houston and what helps the United States,” said Ramirez.

“We’ve seen a really dramatic increase in domestic production. We’re now churning out more than 12 million barrels a day which is more than Russia and Saudi Arabia. It’s really changed US energy policy and it certainly changed the way this administration approaches energy policy,” said Steffy.

With focus on adding pipelines and production sourced locally, Steffy says jobs won’t be far behind.

The president will be speaking at the International Union of Operating Engineers. When we called their offices to see if they had any idea as to what the president is expected to say, they told us they too were in the dark.

The timing of all of this however, Bakeyah Nelson of Air Alliance Houston says, “is disrespectful.”

She like many of us have seen what chemical fires are capable of in just the past few weeks. Fires at ITC and KMCO facilities, killed one employee, injured others and left entire communities concerned about the quality of their air.

“Collectively it seems like there is a perfect storm to further deteriorate our air quality. To talk about reducing red tape would be insulting,” said Nelson.

Without proper regulation, Nelson says we can expect more of the same. Still many anticipate President Trump to take actions here Wednesday that could affect the entire country.