These cars are the biggest target for catalytic converter thieves, but here's how you can protect them

Catalytic converter theft is becoming a major issue, with the soaring price of metals. 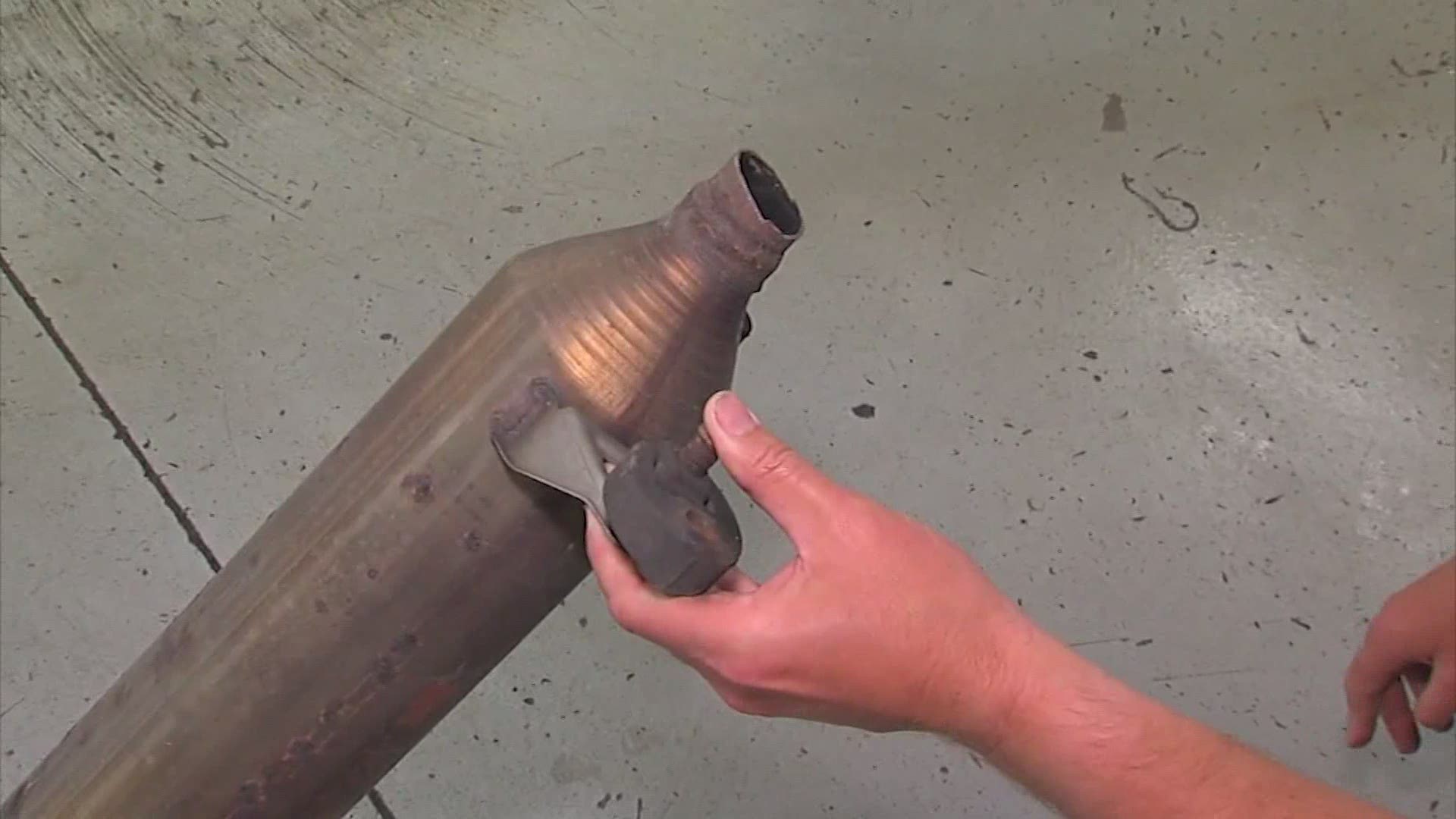 Imagine parking your car on the street and coming back an hour later to find part of your car's exhaust system stolen.

Catalytic converter theft is becoming a major issue, with the soaring price of metals.

There are some new ways to stop this expensive type of auto theft, though.

Auto repair shops get the call every few weeks.

Certified technician David Blathers said, "Someone calls and says, 'I think I need a muffler. I have a loud exhaust. Can you check it out?'"

In almost every case, Blathers quickly discovers it's not a bad muffler. Rather, a thief had stolen the catalytic converter.

Rebecca was a recent victim.

"I came out of my house, started my Prius, and it roared," she said.

Shop owner Matt Overbeck said thieves can remove converters, which are filled with valuable rhodium and palladium, in seconds. Thieves then sell the converter for big bucks at scrap yards or on the black market.

"Some of these converters now have a scrap value of a thousand dollars," Overbeck said.

Which cars are the biggest target of catalytic converter thieves?

Hybrids, like Rebecca's Toyota Prius, are most often targeted because their converters contain the largest amount of those expensive metals.

Full-size SUV's and pickup trucks are also frequent targets, because the thief does not have to jack up the truck. The thief can just slide underneath with a saw.

A 2016 Ohio law prohibits scrap yards from buying more than one converter from an individual per day.

But Overbeck said thieves find ways around it.

Overbeck said if you park in a risky area at night, such as a city street, you can now protect your car for between $200 and $300.

Overkill? Perhaps. But if you park on a street or city parking lot at night, you might want some extra protection. That way, you don't waste your money.