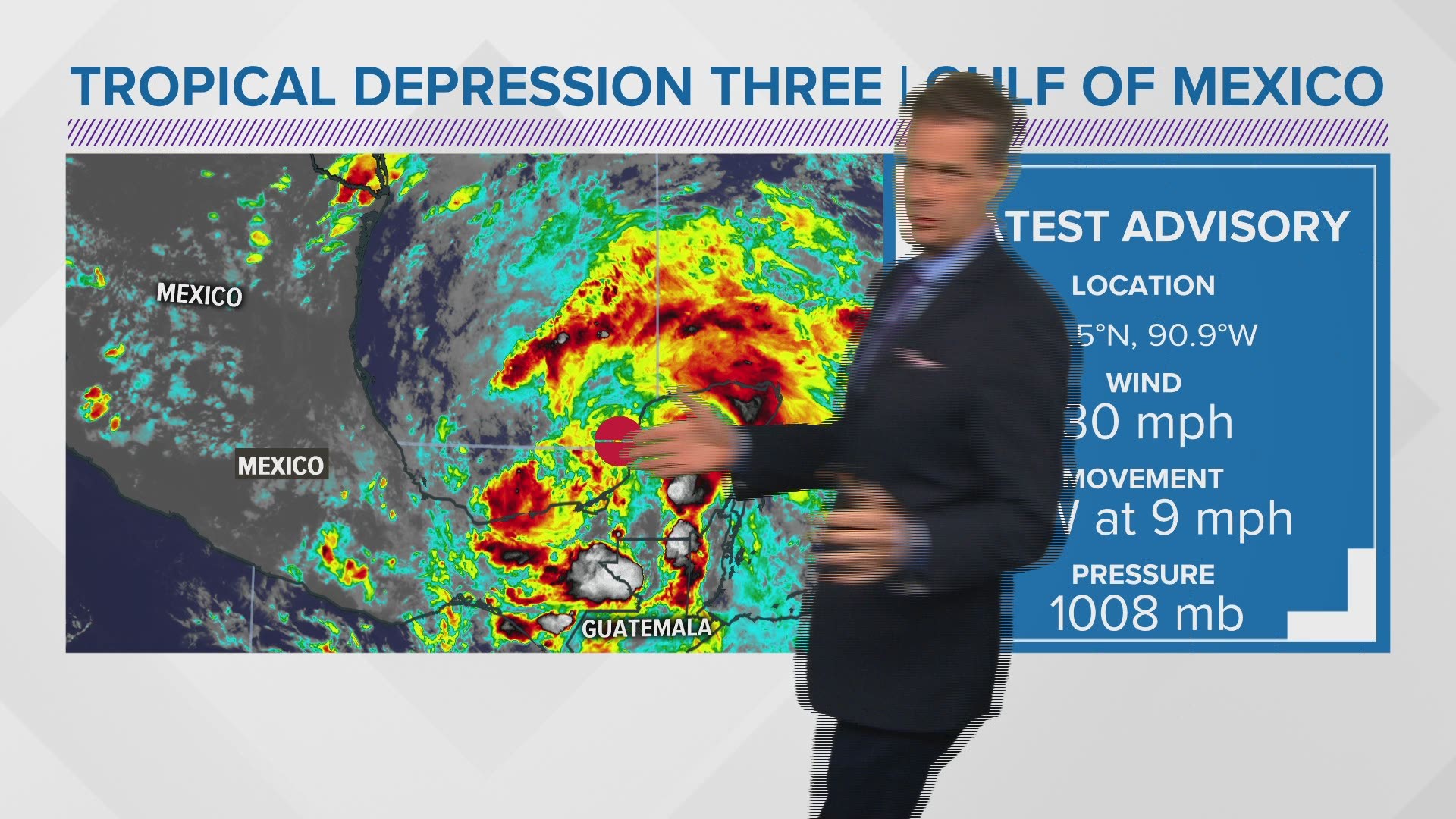 HOUSTON — Hurricane season has begun, and right on schedule we have a system developing in the southern Gulf of Mexico.

The National Hurricane Center along with global computer modes suggest this system could strengthen into a Tropical Storm and move into the central gulf by the end of the week.

It's too early to tell exactly who will be a risk from this storm.

I would urge you and your family to watch the weather with us twice a day, and use the KHOU 11 app to get updates on the go, just in case the system strengthens and decides to head our way.

If a system came Houston's way, we could see higher tides and heavy rainfall and strong winds but again, that's only if something developed and came this way.

RELATED: Eye on the Gulf: Tropical disturbance now has 80% chance for development