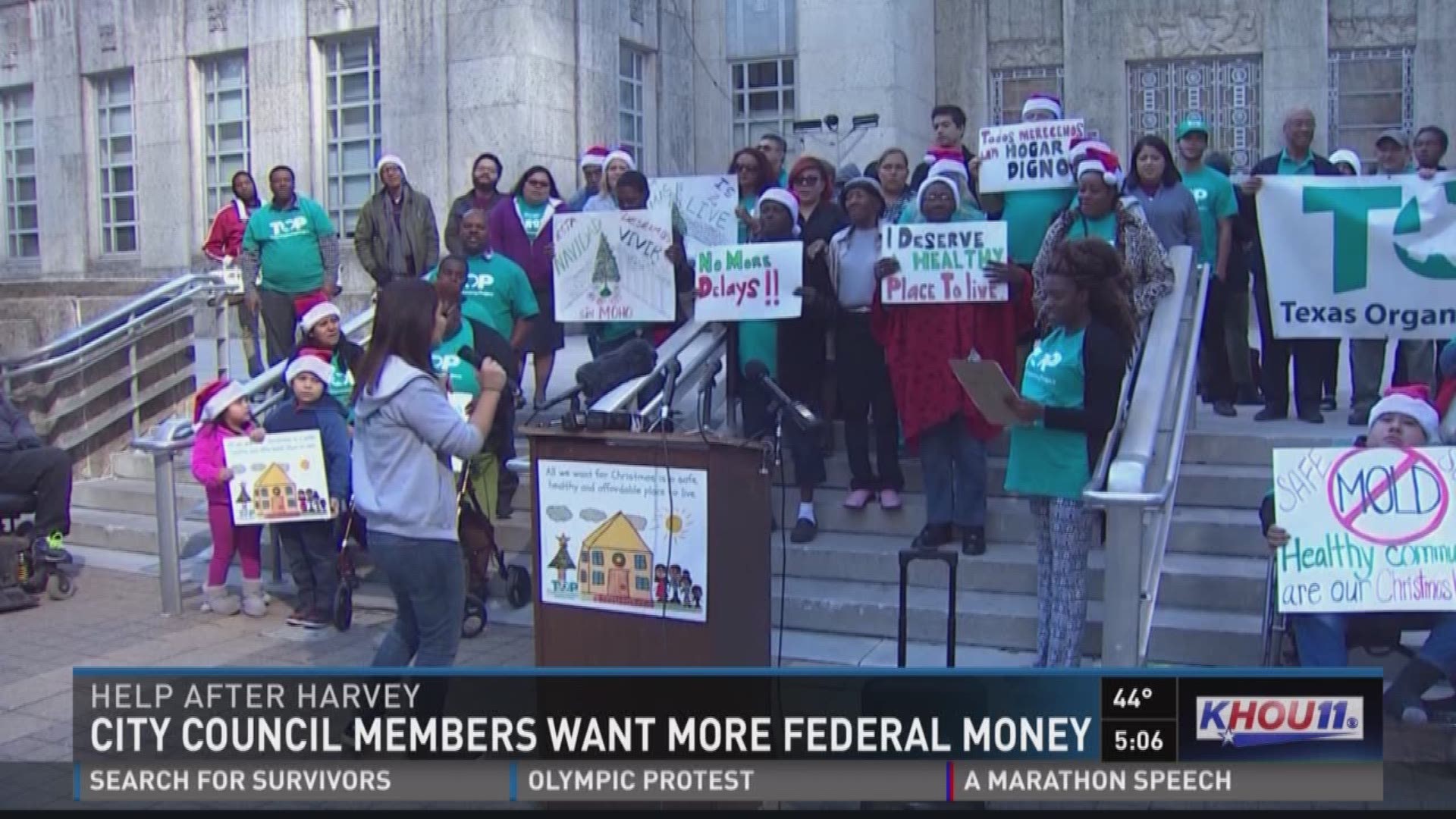 Nearly six months after Hurricane Harvey wreaked havoc in Southeast Texas, there was some good news Wednesday: the U.S. Senate finally came up with a budget deal that includes $90 billion in disaster aid, some of that earmarked for Harvey relief.

This development comes as some Houston City Council members are asking Texans in Congress for more money to flow faster.

Mayor Sylvester Turner said during Wednesday’s weekly City Council meeting that progress is happening, pointing to hundreds of damaged homes under repair thanks to the state and nonprofits.

However, he said more than 3,000 Harvey victims are still living in city hotels, a number that dropped from around 6,000 just a month earlier.

“I think we had an incredibly productive day on The Hill,” said Council Member David Robinson, At-Large Position 2. “I think the growing sense of urgency around Houston is broadly known.”

City leaders are hopeful Congressional leaders from both political parties will take a break from playing politics.

“Hurricanes and national disasters should be off limits when people are hurting,” said Council Member Larry Green of District K, which includes flood-damaged neighborhoods along Brays Bayou.

Others are turning up the heat.

“Get off your butts and get something done, Houston delegation,” said Council Member Dave Martin of District A, which includes the hard-hit Kingwood area.

Council Member Martin urged the delegation to use their numbers as leverage to insist President Trump put $120 billion in relief packages for Texas and other devastated areas in Florida, Puerto Rico, and California.

“Stick together, get the money, and let us get on the way to recovery,” he said.

However, before money comes from the nation’s capital, some in D.C. have questions about the money coming from the state capital.

“It makes it very difficult to be asking for monies from D.C. when they are saying ‘What are you doing with the Rainy Day Fund?’” said Mayor Turner. “It puts us in an awkward position.”

Mayor Turner said Governor Greg Abbott is planning a trip to Houston to visit with council members later in February.

He says the $10 billion Rainy Day Fund will be one of the issues they’ll discuss. The mayor also said Wednesday he’s hoping City Council votes on tighter development rules proposed in January by the end of the month.