Residents are seeking a temporary restraining order against Watson Grinding and Manufacturing to preserve and protect evidence from the explosion. 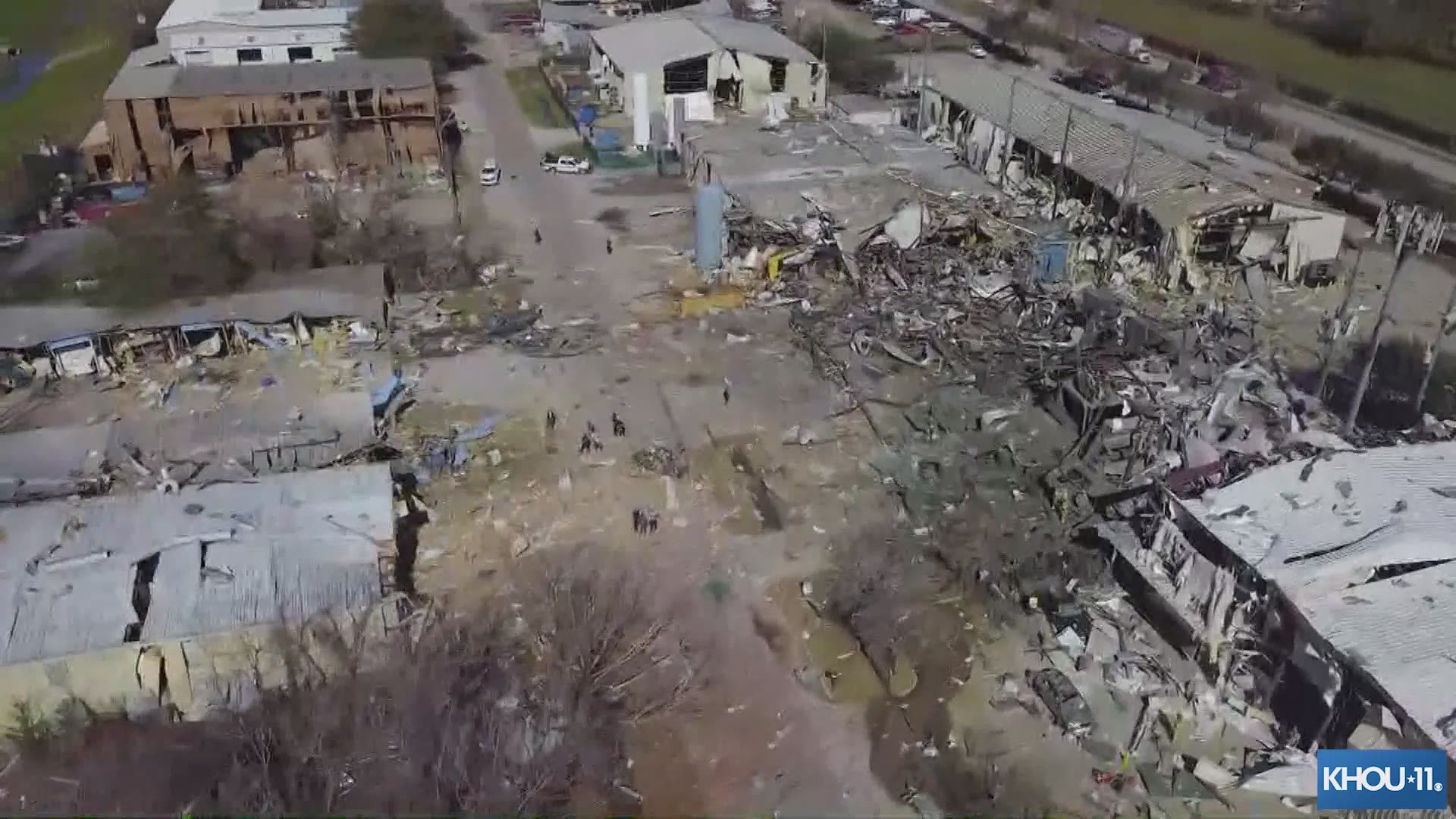 Dick Law Firm, PLLC and Kwok Daniel LLP are just two of the law firms representing homeowners who were affected by the explosion.

Both offices said they are seeking a temporary restraining order against Watson Grinding and Manufacturing to preserve and protect evidence from the explosion.

"Some may be critical of attorneys moving so quickly to preserve evidence and help families who are now homeless," according to a statement issued Friday afternoon. "But we all learned our lesson in Harvey, the insurance company will likely put up a fight and undervalue properties. That’s why our focus will be on getting our clients full value for their homes."

KHOU 11 has tried to contact Watson Grinding and Manufacturing for comment. So far, no one has answered.

RELATED: What to do if you are impacted by the explosion?

RELATED: VERIFY: What we know about the deadly explosion in northwest Houston

The explosion caused chaos and panic as glass shattered, ceilings fell in and homes were knocked off their foundations.

“I thought a plane crashed on top of the house,’ Chris Santiff told KHOU 11 News reporter Adam Bennett. “Everything started shaking, glass shattering and coming in and all over the house. Things were falling off the wall.”

RELATED: 'We can not stay here' | Extensive damage to homes caused by early morning explosion

RELATED: ‘I thought a plane crashed on top of my house’ | Couple stunned by extent of damage after massive explosion in NW Houston

Two neighborhoods near the explosion were closed off to everyone except residents. Acevedo says no one other than those who live there would be allowed in the Carverdale and Westbranch subdivisions.

Police will be patrolling there around the clock, looking for looters, whom Acevedo said will be prosecuted to the fullest extent of the law.