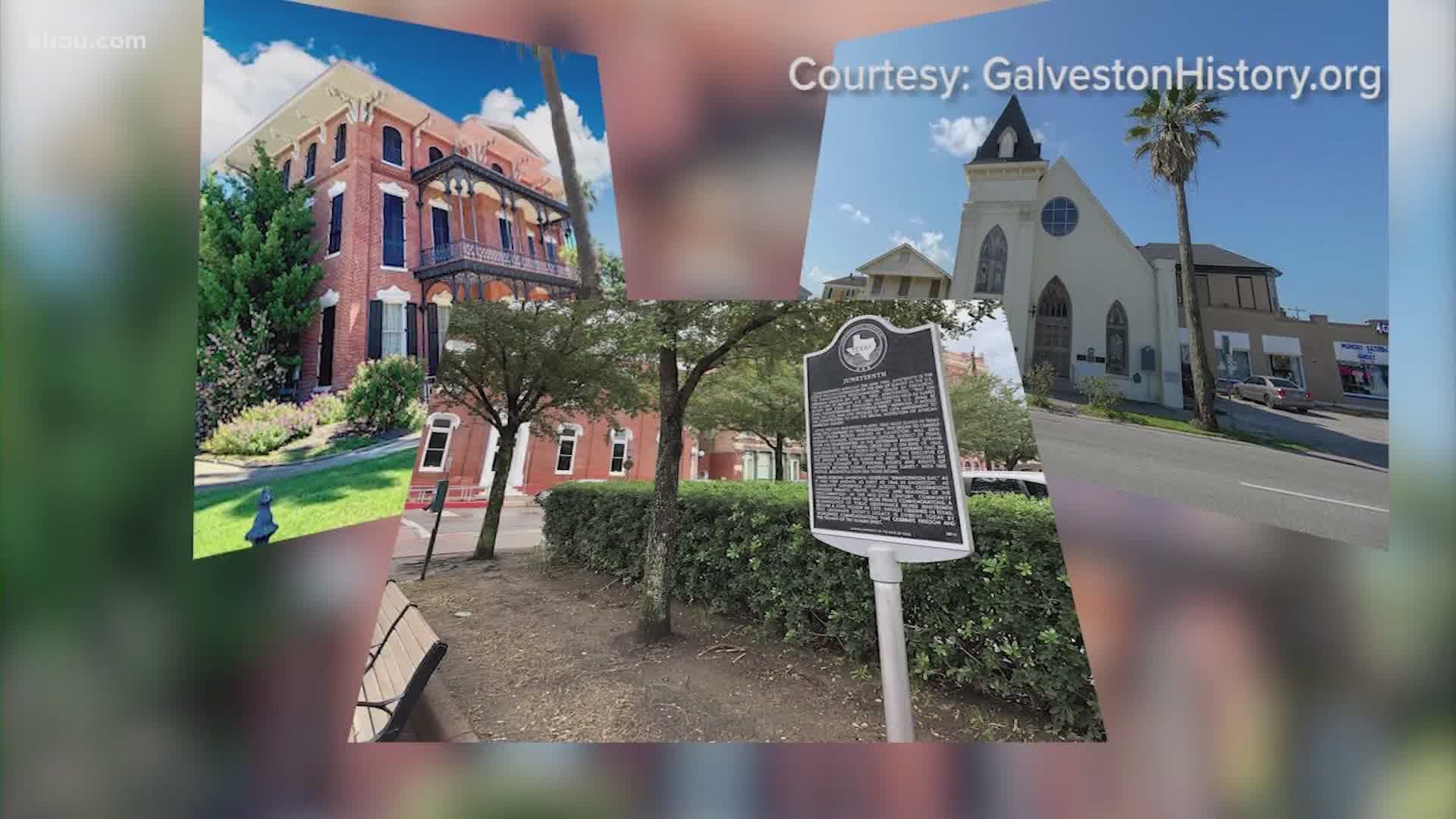 HOUSTON, Texas — Many hope a national historic trail will help tell the story of former slaves in the immediate aftermath of emancipation.

It'll focus specifically on their journey from Galveston to new homes in Houston.

“And we’re all so excited about it," said Naomi Mitchell Carrier of the Texas Center for African American Living History. "We're excited about the attention that we’re getting from the world, about the opportunity to resurrect our historical memory.”

Her research helped shape the idea for a so-called Emancipation Trail.

It's not the kind of trail you walk on in a park.

It's a 51-mile route from Galveston to Houston that roughly follows the path of freed slaves after they learned of their freedom.

"It will be a heritage tourism attraction," said Carrier. "With sites along the way where people can stop and learn the history of the site, the stories behind them.”

Earlier this year, President Trump signed a bi-partisan bill clearing the way for a study.

“This Emancipation Trail will become only the second in the history of the United States to commemorate the history of African Americans,” wrote U.S, Rep. Sheila Jackson Lee in a statement.

"It will celebrate their legacy and remind future generations of how far our nation has come,” said Sen. John Cornyn.

"And it’s really what happened," said Galveston Historical Foundation director Dwayne Jones.  "And it doesn’t sort of sugarcoat it."

Jones is excited about the educational and tourism potential for the island since a number of the more than 40 sites that would be part of the trail are already acknowledged.

That includes places where slaves were first informed of their freedom by Union troops two-and-a-half years after they were legally emancipated.

“I think it’s going to be really exciting for people to attach the story lines and history to real places and experiences,” said Jones.