Construction is forging ahead at the site where nearly 100 unmarked graves were discovered back in mid-April. A judge granted the Fort Bend ISD permission to proceed with its project, which is a $59 million dollar career and technical center. 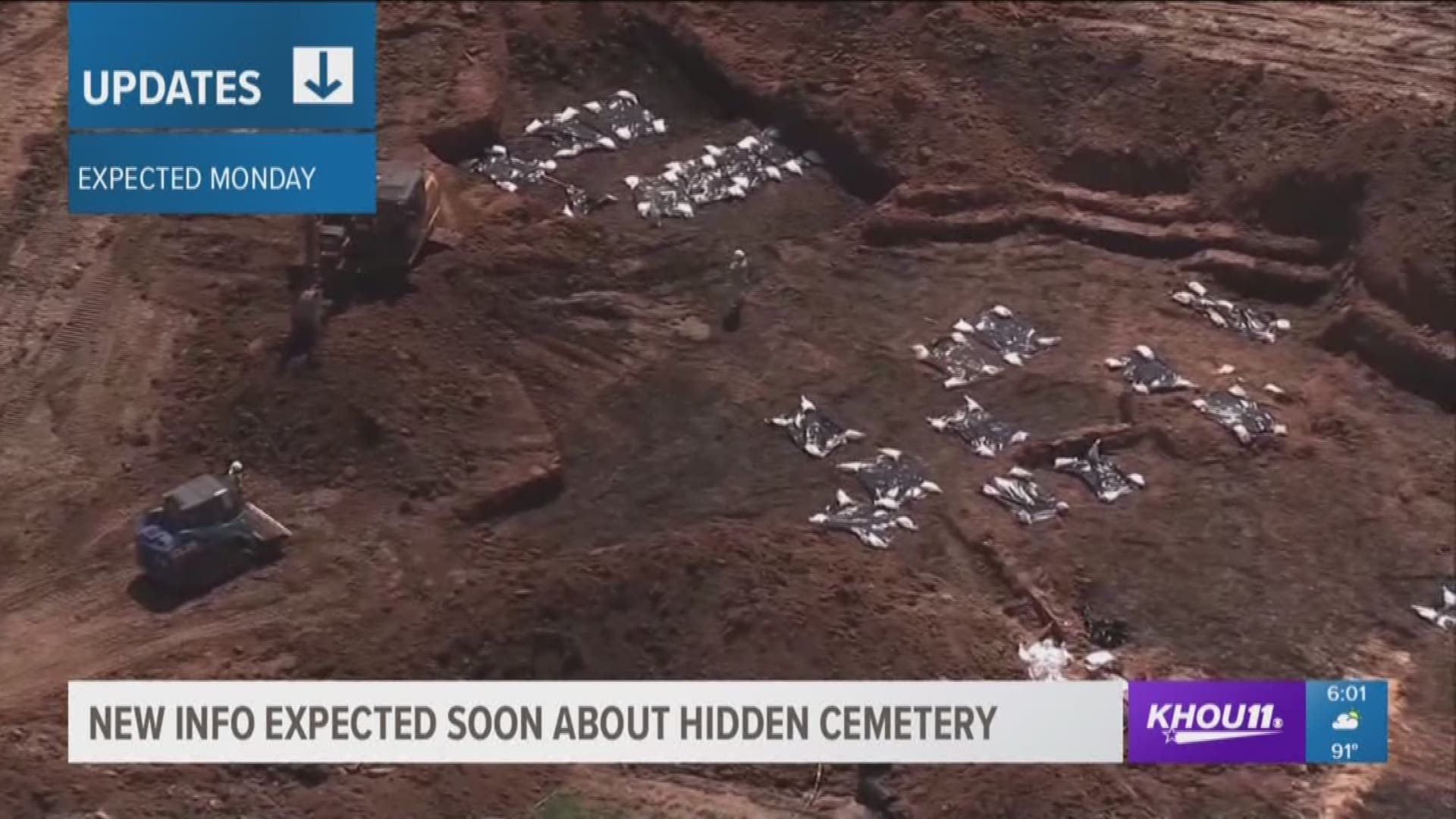 FORT BEND COUNTY, Texas -- The property owned by the Fort Bend ISD, on the corner of University Boulevard and Chattam Avenue, is now considered an active archaeological site.

Experts say forensic analysis of the remains found in April is still underway.

On Monday, the Fort Bend ISD is holding a press conference, along with the Texas Historical Commission, to talk about the status of their investigation of these remains and the delicate process of preserving them.

In the meantime, local historians say residents shouldn’t be surprised if remains are one day found, in their own backyards.

Construction is forging ahead at the site where nearly 100 unmarked graves were discovered back in mid-April. A judge granted the Fort Bend ISD permission to proceed with its project, which is a $59 million career and technical center. The careful process of exhuming the remains continues, however.

“My understanding is that this was the largest previously undiscovered gravesite in the state,” said Kim Icenhower, of the Sugar Land Heritage Foundation.

Construction crews discovered the remains while digging. They’re believed to belong to African-American prison inmates, more than a century ago.

Back in April, local historian Reginald Moore told KHOU that he believes there are unmarked graves on thousands of acres of land throughout the community.

He wants a dedicated graveyard for all of them.

“I just want to be a spokesperson for them and get them some recognition,” Moore said.

He added that the remains of slaves from sugarcane plantations, as well as, black prisoners forced to work the land, are likely buried in open fields and underneath homes.

These remains are perhaps more readily discoverable while building a backyard pool, for example.

Sugar Land resident Joyce Lee lives next to the construction site and said it still might not prevent residents from building.

Lee is talking about retention ponds excavated in many subdivisions near the burial site, which itself at one point in history had been part of a plantation.

Neighbors say moving forward, developers need to keep in mind the area’s past.

“If they’re going to develop something, they should have some respect for what might’ve been there before, ” one long-time resident said.

Along with skeletal remains, KHOU has learned that artifacts have been discovered at the site as well.

There’s evidence of what might’ve been a pole barn, or some kind of agricultural structure.