22 years ago, Fabio got goosed at Apollo's Chariot opening at Busch Gardens

One of Busch Gardens' most popular roller coasters opened in 1999, but it had an infamously rocky start between a goose and a supermodel.

Credit: 13News Now
Archival image of Fabio with a bloodied nose, after the inaugural ride of Apollo's Chariot at Busch Gardens Williamsburg. A goose flew into the path of the roller coaster's first drop, hitting the model squarely in the face.
Author: Christopher Collette
Published: 4:00 PM CDT March 29, 2019

WILLIAMSBURG, Va. — It's been 22 years since one of Busch Gardens Williamsburg's most popular attractions, Apollo's Chariot, opened. It also has been 22 years since a fashion model took a ride on the roller coaster that he probably would like to forget (but never will).

On March 30, 1999, Fabio was on hand at the theme park to celebrate Apollo's Chariot's grand opening.  He took front-seat for the inaugural voyage, along with a bevy of young maidens.

But on the ride's very first drop, Fabio found himself with a face full of feathers and a bloody nose in need of stitches.

A 10-pound goose found its way in the path of the coaster and -- at a speed of about 70 miles per hour -- landed squarely in the Italian model's face. Miraculously, Fabio's injuries were minor and while his maidens were shocked, they were otherwise unhurt.

According to the Los Angeles Times, the goose was not so lucky. It died on impact.

Fabio took it all in stride at the time, with even his publicist calling it "a testament of the man's strength." But a few weeks later he went on Good Morning America to warn people about the dangers of Apollo's Chariot.

In a statement at the time, Busch Gardens apologized to Fabio about the accident and said that "Safety is our number one priority, and our ride engineers are examining ways to enhance the safety of an already safe ride."

And despite Fabio's misgivings, it now does appear his "goosing" was indeed an isolated mishap.  No further incidents involving the ride and errant birds have occurred since the attraction opened.

Later on that same day, Fabio was nursing his bloodied nose, our reporter Joe Flanagan fearlessly got on the ride for the first time. Indeed, Joe's experience on Apollo's Chariot is much more the norm for riders than the feathery fate Fabio encountered on that day in 1999: 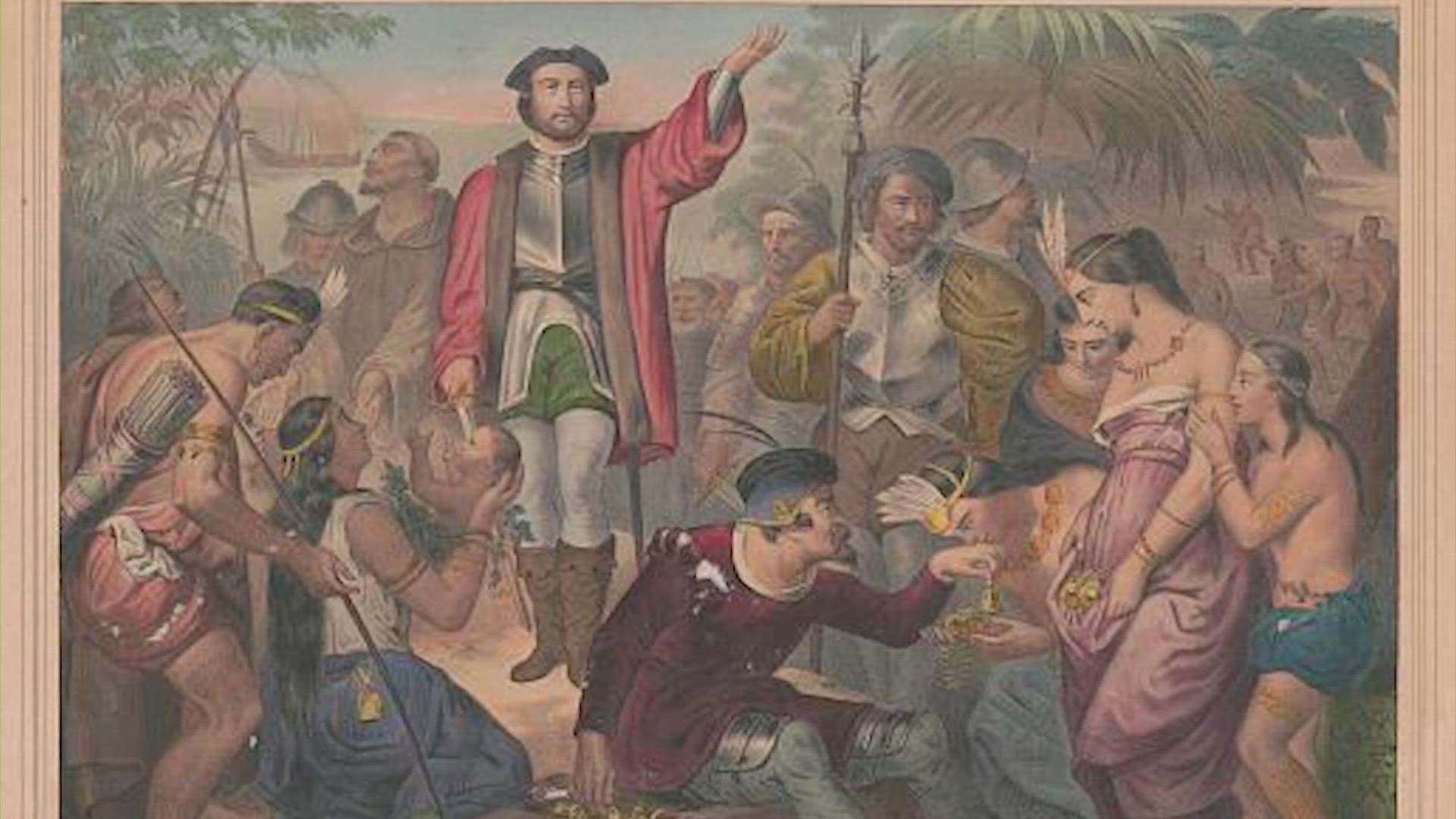 THE WHY: Christopher Columbus' complicated history