HISD takeover threat: Why is it happening and how would it work?

An HISD board member fired back at Gov. Greg Abbott on Friday after he said HISD's school board should be taken over and reformed. 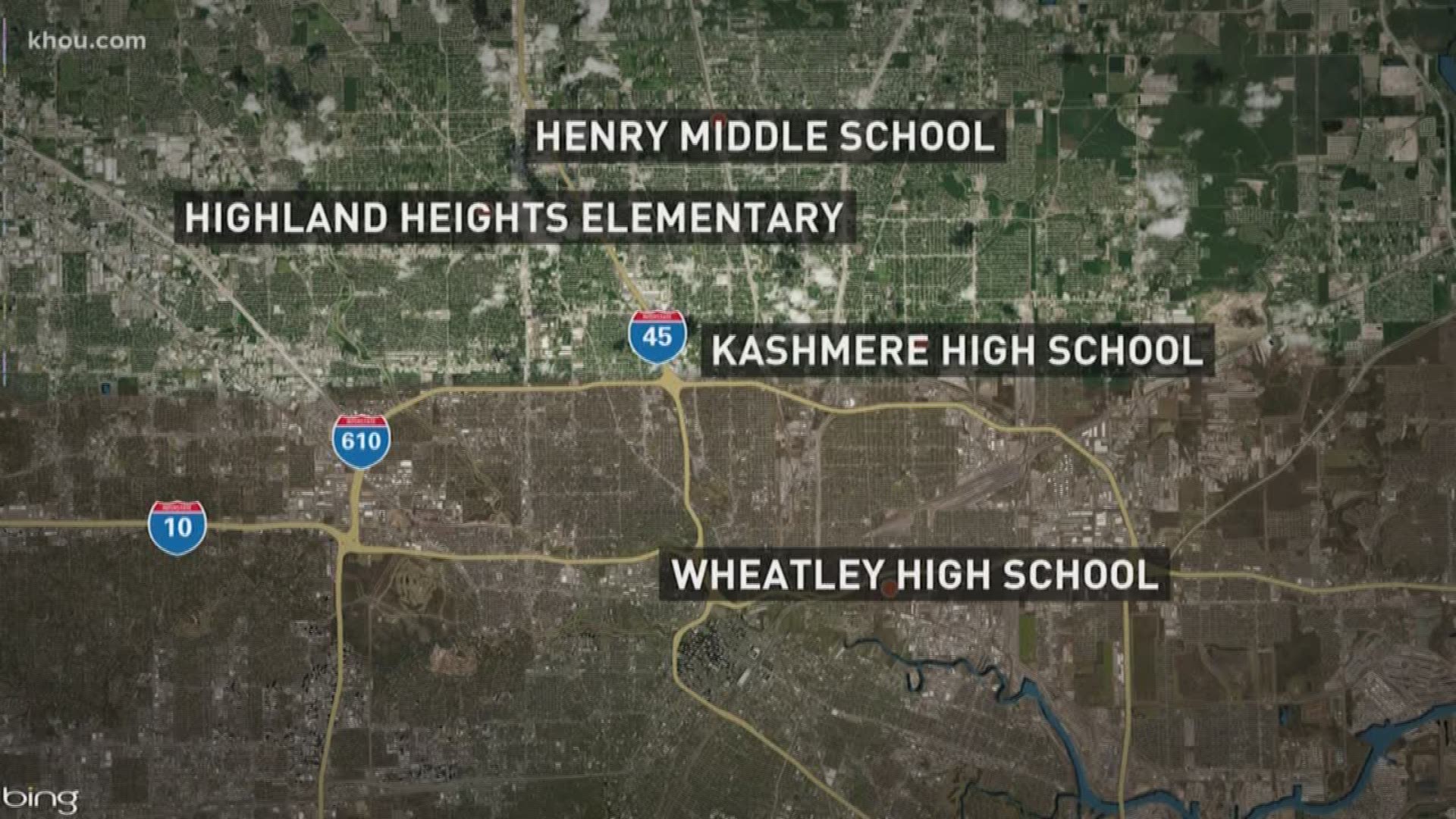 HOUSTON — One Houston Independent School District board member is firing back at Gov. Greg Abbott after he advocated for a takeover of HISD’s board.

“Do your job: adequately fund our public schools,” wrote Elizabeth Santos, in part, Friday on Twitter, referencing a Thursday tweet from Abbott labeling HISD’s board a “disaster”.

The governor’s original tweet was in response to a Houston Chronicle op-ed arguing against a state replacing the board.

So, under what circumstances would a takeover happen, and what could it look like?

Under state law, the Texas Education Agency takeover can happen if a school’s been labeled “improvement requirement” for five or more consecutive years, starting with the 2013-14 school year. The other options: close those chronically underperforming schools or let an outside group run them.

Bob Stein, a Rice University political science professor and KHOU political analyst, says the TEA has previously closed underperforming campuses, though shuttering these four schools could lead to overcrowding at other schools.

“The schools we’re talking about are too big,” said Stein.

The TEA has also previously shut down entire districts like North Forest ISD and merged them with ones nearby.

But Stein says the TEA replacing a voter-elected school board is uncharted territory under a state law passed in 2015, which allows the state to impose sanctions on school districts with schools that consistently failed to meet state academic standards.

“It’s not clear what a state takeover looks like because it’s not happened before,” said Stein. “What they can say basically is this: ‘We’re gonna take you over for two years, but we can take you over for longer than that.’ What they can also say is, ‘We like this plan and it can go on indefinitely until we decide either, one, it has succeeded, in which case the school district takes over, and two, it continues and needs to be improved and enhanced.’”

Stein says if test scores improve enough at all four campuses in question, the problem goes away.

HISD’s board recently rejected a plan to partner with outside organization.

A TEA spokesperson had no comment Friday on the potential HISD takeover.

Some parents are hoping for help from the Legislature when they start their session next Tuesday. If not, they’re considering legal action, which could drag out the process.