Fort Hood soldier Vanessa Guillen has been missing since April 22nd. The family and community have continually called for answers in her case. 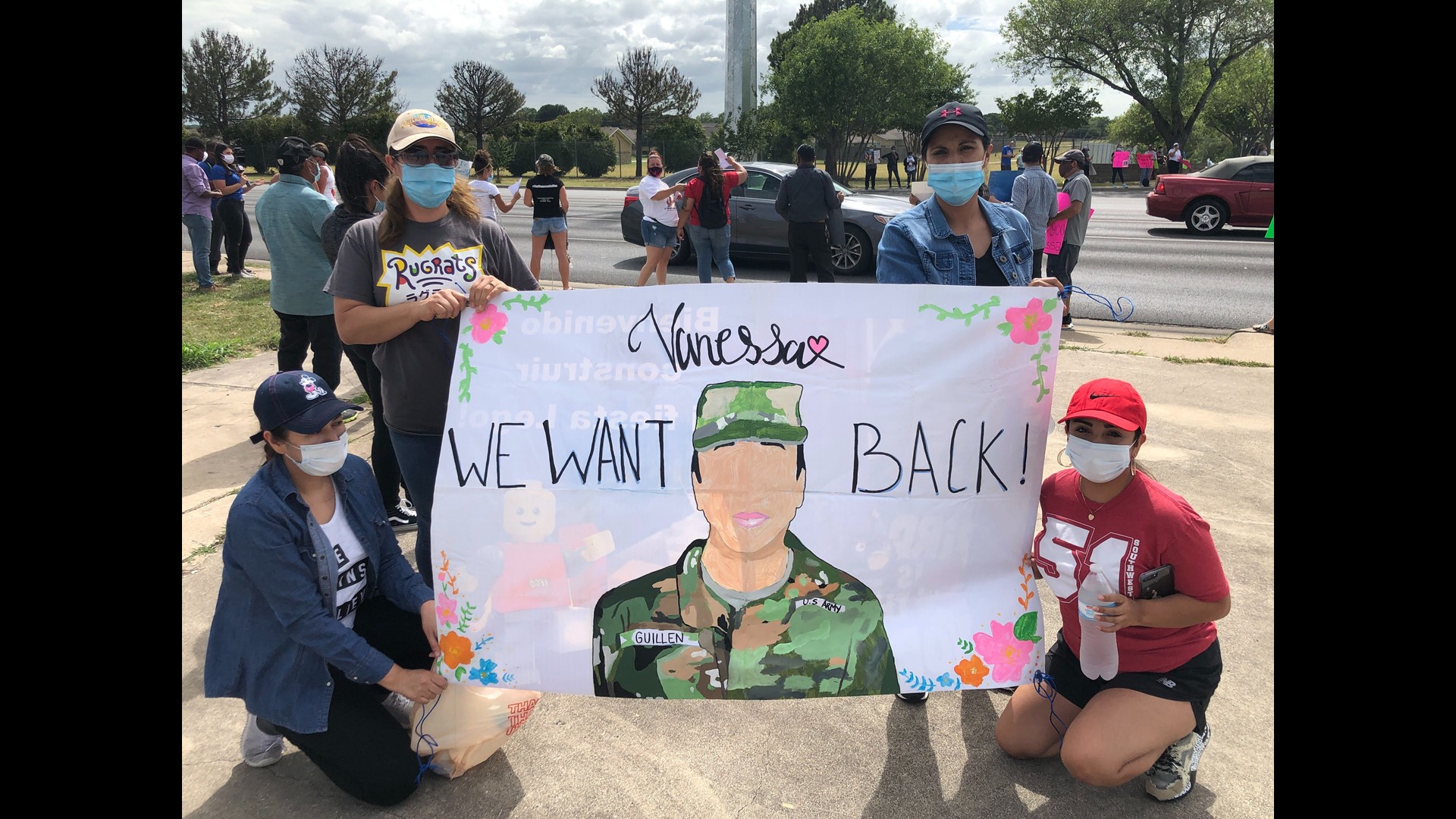 TEXAS, USA — Editor's Note: The video attached is from a report on Friday's protest regarding Vanessa Guillen's case.

It has been more than two months since Fort Hood soldier Vanessa Guillen went missing. On Saturday, the Army released answers to a series of frequently asked questions in her case.

"We are very concerned for the welfare of PFC Vanessa Guillen and we fully understand the frustration felt by the family, friends and fellow Soldiers of Vanessa," The Army wrote. " We are doing everything in our power to get her back and will not stop until we do."

The full list of questions and the Army's answers are listed below.

Who was the first to report Guillen missing on April 22?

Her unit reported her missing to CID on 23 April when a check of the barracks and unit area did not locate her.

I see that the FBI is assisting, but why hasn't the Army handed the case over to them? My understanding is that the FBI has more investigative powers and reach to conduct these investigations, no?

Also, as you are likely aware, CID Special Agents are highly-trained criminal investigators and are sworn Federal law enforcement officers with an outstanding reputation within the law enforcement profession.

Our agents are trained at the U.S. Army Military Police School, a Federal Law Enforcement accredited institution and many receive advance law enforcement training at the FBI National Academy, the Canadian Police College, the Defense Acquisition University, Scotland Yard, and at George Mason University where they can earn a Master’s Degree in Forensic Science.

CID investigations are routinely, and successfully, prosecuted in military and Federal judicial forums, as well as in state courts and foreign judicial venues across the globe.

Is this case connected to the disappearance of PV2 Morales from Fort Hood?

Any more details about her phone pinging in Belton? Do you have her phone?

We do not currently have her phone. We know that her phone did not ping in Belton, we know it was an erroneous phone that pinged.

How often are you speaking with the family?

We have had several in-person meetings and investigative updates with the family, and our Agents are in contact on an almost daily basis with the family to field questions and provide updates.

Any comment about the family’s claims that Vanessa was sexually assaulted/harassed?

We (CID) have no credible information or reports that Vanessa was sexually assaulted. Additionally, we are not aware of any report of sexual harassment from Pfc. Guillen or any other Soldier on her behalf. However, we are looking at all possibilities and have not ruled anything in or out. Fort Hood has opened an investigation into reports of sexual harassment that the Guillen family has reported.

Was PFC Guillen “off duty” at the time of her disappearance?

Our investigation thus far has determined that she was scheduled to be off that day (due to COVID-19), but was called the night before by supervisors that she was needed to complete her arms room inventory because she was an essential Military Occupational Specialty. This is why she was in workout clothes, it was supposed to be a quick day to conduct the inventory.

Are investigators looking at any surveillance video?

That is part of the ongoing investigation.

A statement was made that CID does not investigate sexual harassment allegations and did not in the Guillen case. Please explain?

Pfc. Guillen's Regiment has assigned an Investigating Officer to determine whether there is, or was, any sexual harassment within her unit, and CID continues to work closely with that Investigative Officer to ensure that any persons suspected of such misconduct are reviewed for potential connections to this case. If anyone has credible information about either of these incidents or any other information concerning Pfc. Guillen and her disappearance, we strongly encourage you to do the right thing and contact us.

While we support and sympathize with any victim of sexual harassment, CID Special Agents primarily only investigate felony crimes. Sexual harassment allegations are traditionally investigated at the unit level. However, during the course of our investigations, we attempt to exhaust all credible leads and look into all possible motives. Additionally, were are not aware of any official reports of sexual harassment from Pfc. Guillen or any other Soldier on her behalf when the issue was first raised by the Guillen family. We were aware early on in PFC Guillen's disappearance that her mother made allegations of sexual harassment, but we had no further information to investigate that claim. Later, during the course of our investigation into the disappearance of PFC Guillen, CID agents uncovered a statement on May 7 that could be considered potential sexual harassment, but the incident was alleged to have happened a year ago. Agents immediately and fully investigated that allegation, but unfortunately they did not produce any viable leads as to Pfc. Guillen's whereabouts.

More recently, another individual made a statement that PFC Guillen may have been verbally harassed by someone. However, subsequent interviews have failed to corroborate this allegation, nevertheless, we are still investigating. CID agents are working closely with the Investigating Officer assigned to look into sexual harassment allegations at Fort Hood.

Was the Guillen family told they had to file a FOIA request for certain records?

Yes, during the CODEL briefing, when the family attorney requested specific dates and times, as well as names, the Special Agent in Charge explained we cannot release that information due to the on-going criminal investigation, the adverse effect that might have on future interviews and evidence collection, and that she was not the release authority for that Privacy Act protected information. She told the attorney that a FOIA request through the US Army Crime Records Center at Quantico would be the method to request such information, and that we are unable to release the results of a search warrant because it also contains Privacy Act information. The III Corps SJA concurred that we cannot release Privacy Act information or information that would be specific to the investigation that could give the suspect the ability to change the alibi, do a conspiracy, or otherwise hinder our investigation. 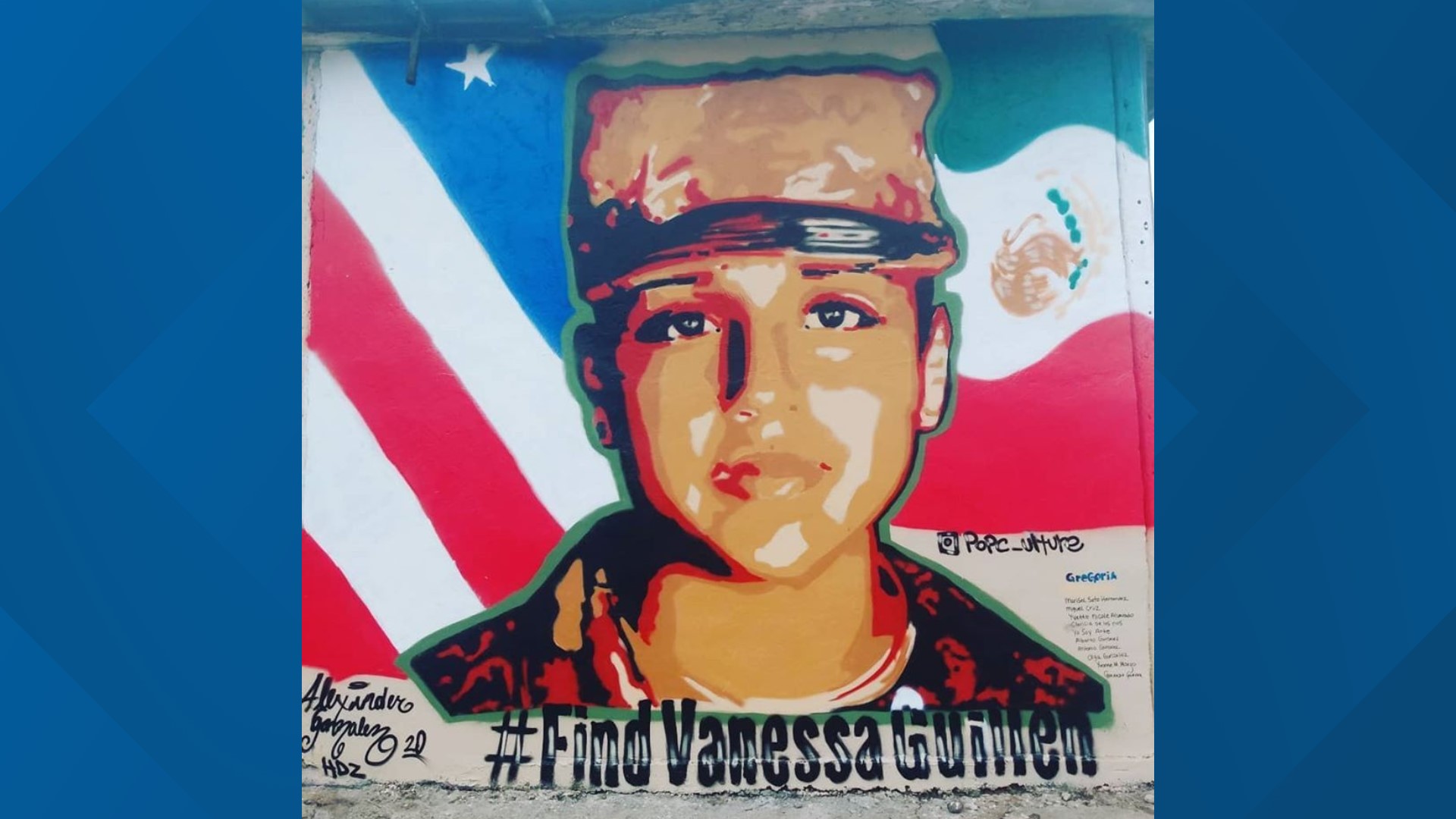