Many people are reaching for that extra cup of coffee after days of staying up late. Local doctors say that lack of sleep mixed with alcohol and unhealthy foods may be the perfect recipe for disaster. 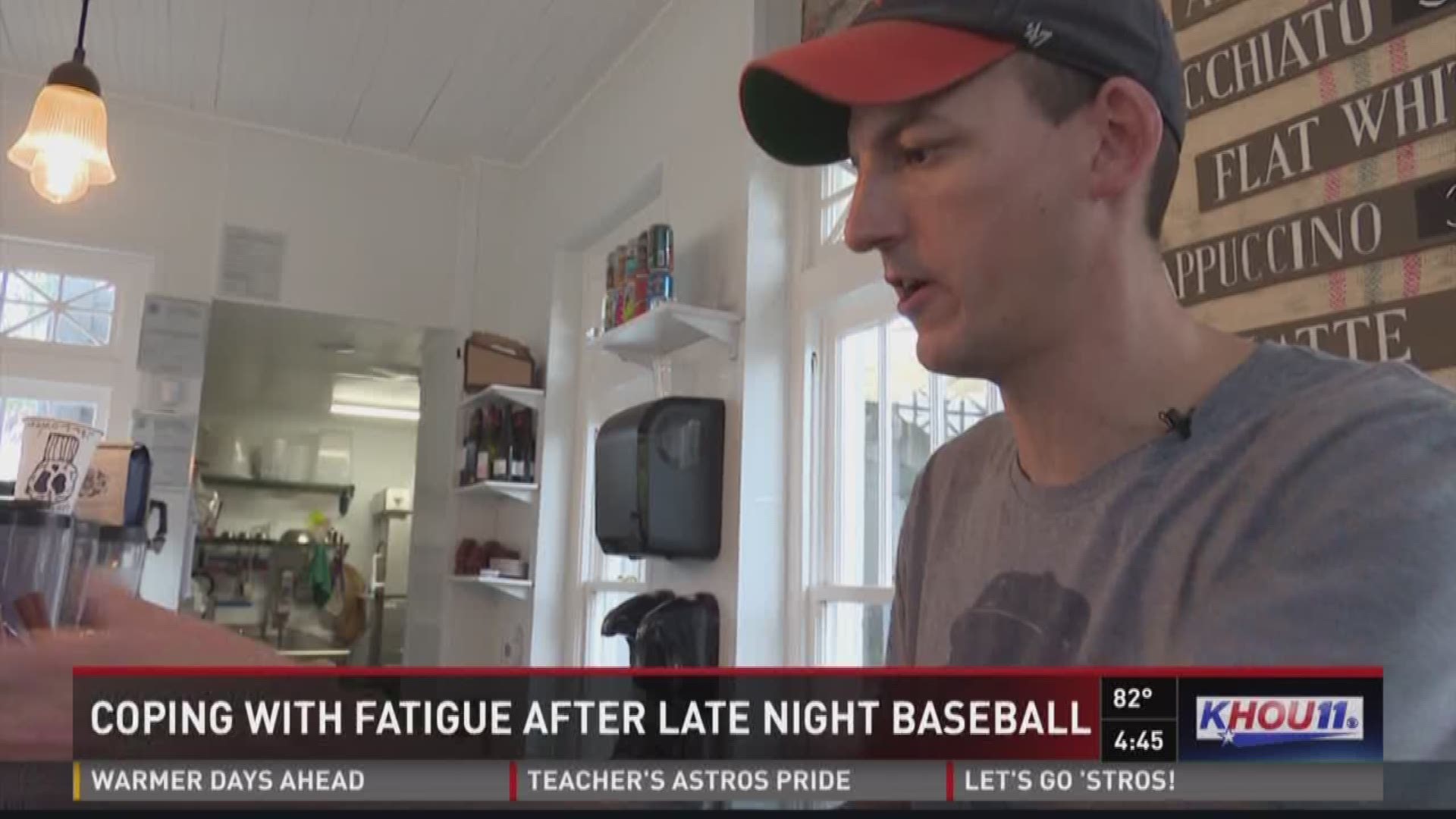 It was a busy morning at Retrospect Coffee Bar.

“Very, very busy, with the weather and the Astros playing every night, basically every night," Coffee Manager Jonathan Elkins said.

Actually, it’s been a busy week.

“And people having to stay up late to watch these games," Elkins said.

As Astros fans catch up on sleep through caffeine.

“It’s made it later. It’s caused me to wake up a little bit later, but it’s also added a lot of adrenaline," Astros fan Bryan Legatt said.

Because they’re moments that can’t be missed.

“When you’re reading a story, you want to get to the end to see how everything turns out," Astros fan Will Alvarez said.

So you stay up no matter the cost.

“You’re obviously going to be less productive at work, you may call in sick because you were outside in the 30 degree weather," Dr. Marc Melincoff with Memorial Hermann Urgent Care on Washington Ave. said.

And Game 7 won’t be any different, Doctor Melincoff says you could record it, but:

“It's Game 7. It’s the Astros. No matter what I say, you’re going to watch the game," Dr. Melincoff said.

So he says if you’re not going to sleep, at least, try to be healthy, and maybe, just maybe make the call.

“Then maybe call in late, or come in late or call in, because you don’t want to put yourself at risk or anyone else if you’re driving late or driving tired," Dr. Melincoff said.