A former creosote processing facility in the Fifth Ward is at the center of the cancer concern. 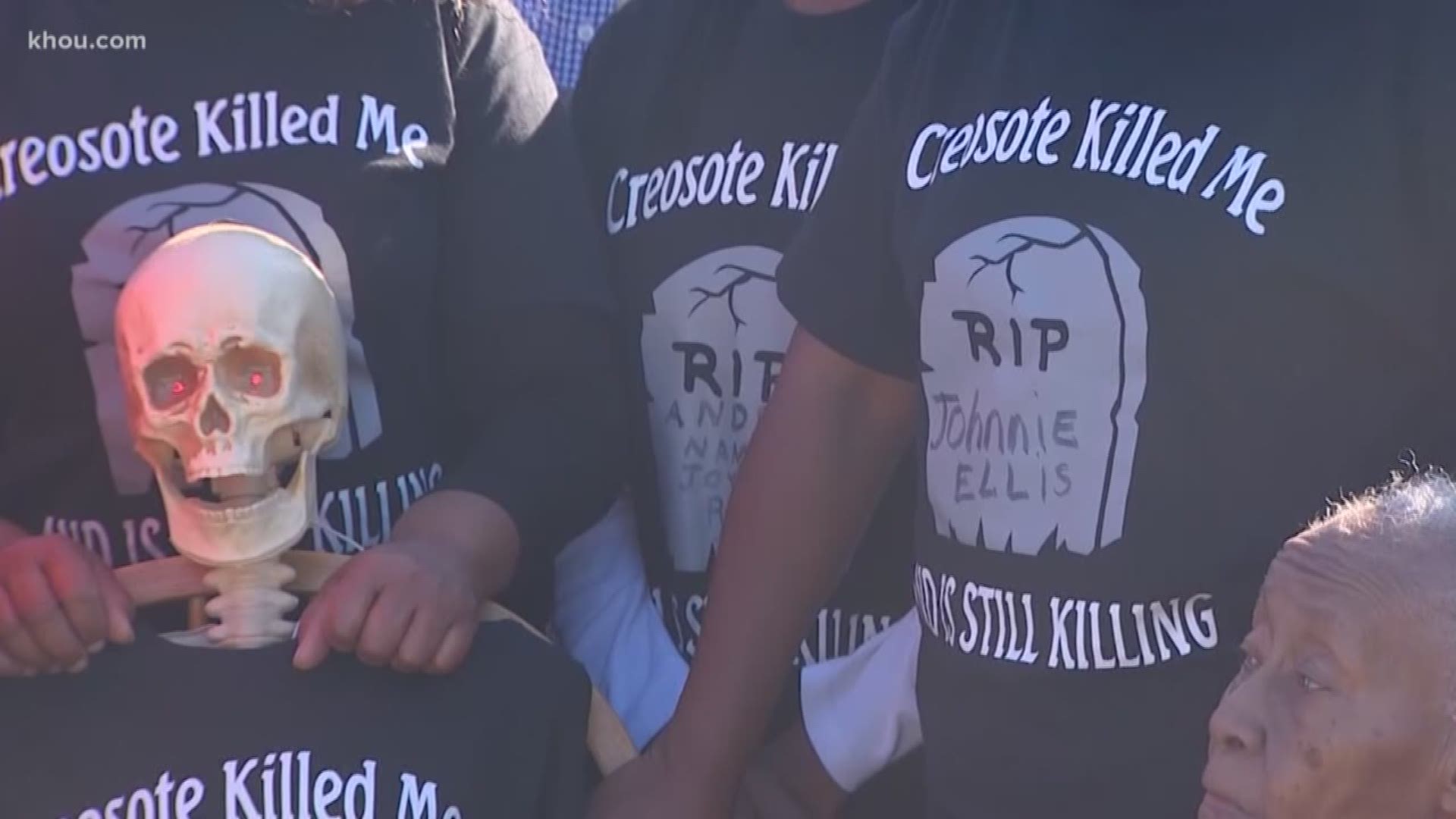 HOUSTON, Texas — Attorney and environmental activist Erin Brockovich was invited to a community meeting in Houston 20 years after Julia Roberts played her in a namesake motion picture.

She joined the chorus of concern regarding elevated cancer rates around a former creosote processing facility in Houston’s Fifth Ward.

Myrick isn’t the first resident to tell KHOU 11 News about the disease’s toll.

"They would sound an alarm for you to get out of here because you could not breathe when they were burning the creosote,” said Myrick.

Many have pointed a finger at the long-closed site along Liberty Road currently owned by Union Pacific.

Some dressed skeletons in T-shirts that read "creosote killed me" during a recent news conference.

"There are no violations at this site,” said Brenda Mainwaring, Union Pacific Assistant Vice President for Public Affairs.

She spoke with KHOU at the railroad's southern regional headquarters.

"We’ve been studying the site for 20 years we’ve owned it and it was studied before that," said Mainwaring. "And the science and the research shows there’s no pathway for the impacted materials to get to residents.”

Texas Department of State Health Services data, which was updated last Friday, did find elevated levels of multiple cancers in the area.

But a direct link to creosote, used to preserve railroad ties and telephone poles from rot and pests, was not conclusive.

"From 25 to 66 stories below the soil, there may be some solid creosote down there," said Mainwaring. "It has a potential to get into the groundwater.”

The company said it will continue to engage with the community as renewed interest in its old site shows no sign of slowing down.

"I hope they will truly and really fix the issue,” said Myrick.

We were told Brockovich would speak after Tuesday evening's meeting.