"We have one of the largest prevalence rates in the U.S.," said UH's Samira Ali. According to the CDC, the number of people diagnosed with HIV in Houston is twice the national average. 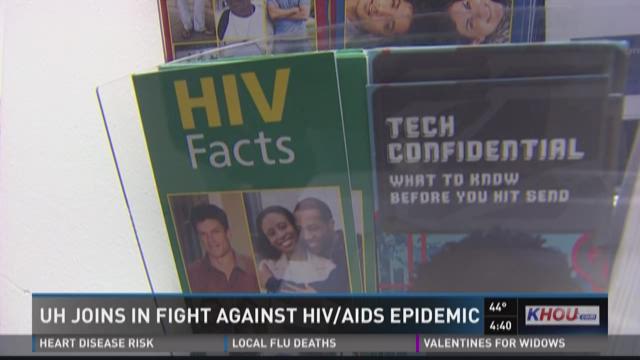 HOUSTON - The University of Houston just got millions of dollars to help the fight against HIV and AIDS.

The disease continues to disproportionately impact our area.

“Everybody has a role in this epidemic,” said Legacy Community Health’s Venita Ray. Ray has lived with HIV herself since 2003.

“And it kind of changed the trajectory of my life,” said Ray.

She was part of a panel discussion as pharmaceutical company Gilead announced a $5 million grant for the University of Houston’s Graduate College of Social Work. It’s part of a 10-year, $100 million effort to address infection rates.

“We have one of the largest prevalence rates in the U.S.,” said UH’s Samira Ali. According to the CDC, the number of people diagnosed with HIV in Houston is twice the national average.

Among local residents living with diagnosed HIV, 50% are black and 27% are Latino.

“The stigma still around HIV is rampant in the southern region of the U.S.,” said Ali. “Which means people might not get tested.”

Testing is just one component of combating HIV and AIDS but many believe it is beatable, including former Obama White House AIDS Czar Douglas Brooks, who now works for Gilead.

“With the political will, with the science, and local intervention, we really can get to that place in this country,” said Brooks.

“We’ve really got to move the needle and really be more inclusive and expansive in dealing with the issues of people and not the moral judgment of the disease we have,” said Ray.