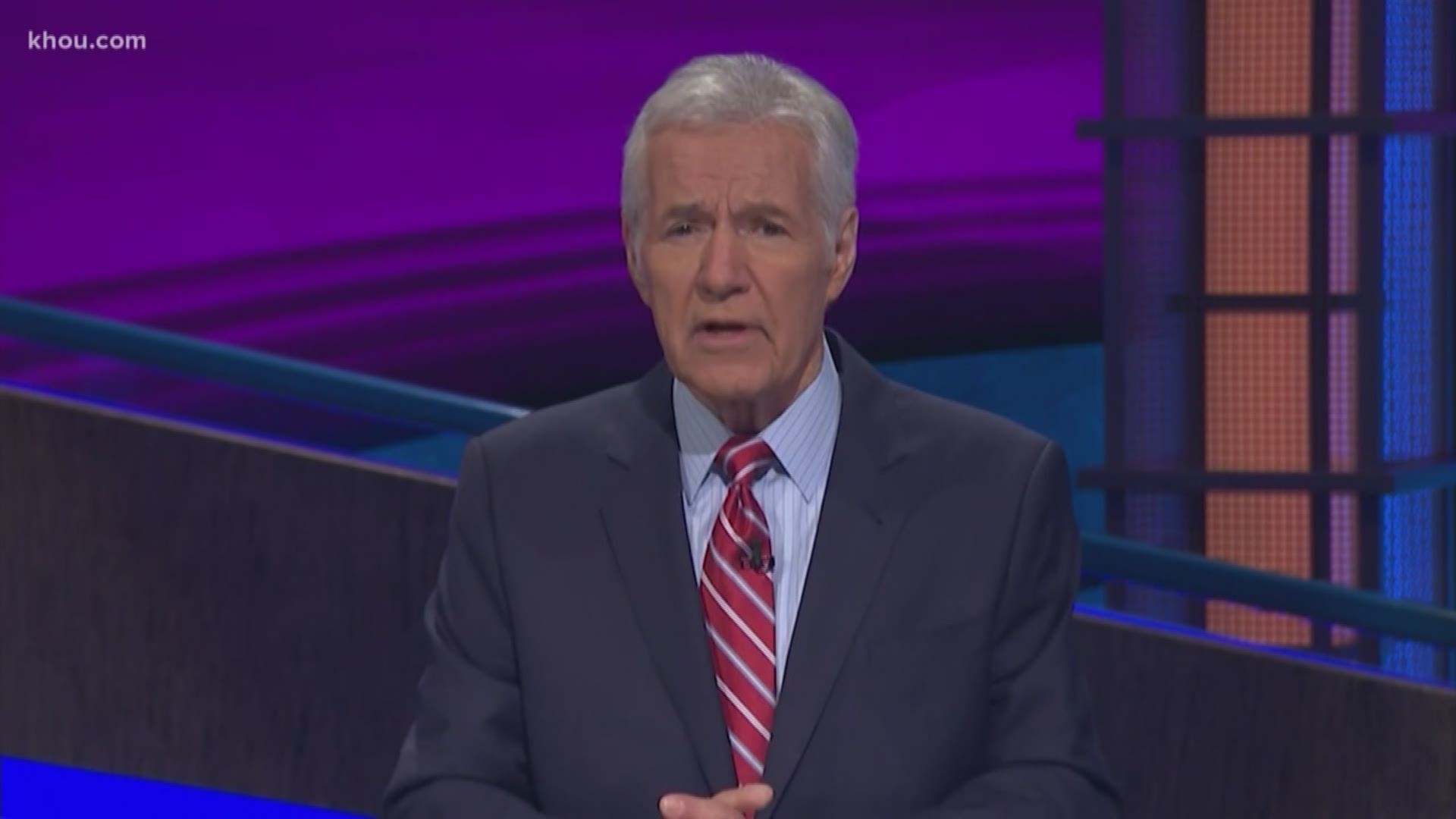 It’s one of the deadliest forms of cancer, in part because there are usually no signs or symptoms until it’s already spread outside of the pancreas.

Many of the symptoms can be caused by other conditions, making early diagnosis even more challenging.

“Most of the time when you do start to notice the symptoms of pancreatic cancer, a lot of the time it’s already spread and it’s too late to cut out," said Dr. David Fogelman, oncologist at MD Anderson Cancer Center. "The big part of research now is to not only treat the cancers we have, but to catch them earlier.”

Jaundice is yellowing of the eyes and skin. Most people with pancreatic cancer will have jaundice as one of their first symptoms, according to the American Cancer Society.

Jaundice is caused by the buildup of bilirubin, a dark yellow-brown substance made in the liver. Normally, the liver excretes bilirubin as part of a liquid called bile. When the common bile duct becomes blocked, bile can’t reach the intestines, and the level of bilirubin in the body builds up, causing the skin and eyes to yellow.

When pancreatic cancer spreads, it often goes to the liver. This can also lead to jaundice.

“The trouble with pancreatic cancer is that the earliest changes, the molecular changes that occur in the pancreas, can happen years before the cancer actually develops," Dr. Fogelman said.

Dark urine: Sometimes, the first sign of jaundice is darker urine. As bilirubin levels in the blood increase, the urine becomes brown in color.

Light-colored or greasy stools: Bilirubin normally helps give stools their brown color. If the bile duct is blocked, stools might be pale or gray. Also, if bile and pancreatic enzymes can’t get through to the intestines to help break down fats, the stools can become greasy and might float in the toilet.

Itchy skin: When bilirubin builds up in the skin, it can start to itch as well as turning yellow.

Pancreatic cancer is not the most common cause of jaundice. Other causes, such as gallstones, hepatitis, and other liver and bile duct diseases, are much more common.

2. Belly or back pain

Pain in the abdomen (belly) or back is common in pancreatic cancer. Cancers that start in the body or tail of the pancreas can grow fairly large and start to press on other nearby organs, causing pain. The cancer may also spread to the nerves surrounding the pancreas, which often causes back pain.

Of course, pain in the abdomen or back is fairly common and is most often caused by something other than pancreatic cancer.

Unintended weight loss is very common in people with pancreatic cancer. These people often have little or no appetite.

If the cancer presses on the far end of the stomach it can partly block it, making it hard for food to get through. This can cause nausea, vomiting and pain that tend to be worse after eating.

If the cancer blocks the bile duct, bile can build up in the gallbladder, making it larger. Sometimes a doctor can feel this (as a large lump under the right side of the ribcage) during a physical exam. It can also be seen on imaging tests.

Pancreatic cancer can also sometimes enlarge the liver, especially if the cancer has spread to the liver. The doctor might be able to feel this below the right ribcage as well on an exam, or it might be seen on imaging tests.

Sometimes, the first clue that someone has pancreatic cancer is a blood clot in a large vein, often in the leg. This is called a deep vein thrombosis or DVT. Symptoms can include pain, swelling, redness, and warmth in the affected leg. Sometimes a piece of the clot can break off and travel to the lungs, which might make it hard to breathe or cause chest pain. A blood clot in the lungs is called a pulmonary embolism or PE.

Still, having a blood clot does not usually mean that you have cancer. Most blood clots are caused by other things.

Some people with pancreatic cancer develop an uneven texture of the fatty tissue underneath the skin. This is caused by the release of the pancreatic enzymes that digest fat.

Rarely, pancreatic cancers cause diabetes (high blood sugar) because they destroy the insulin-making cells. Symptoms can include feeling thirsty and hungry, and having to urinate often. More often, cancer can lead to small changes in blood sugar levels that don’t cause symptoms of diabetes but can still be detected with blood tests.

Survival rates for pancreatic cancer are very low, according to MD Anderson Cancer Center in Houston.

Risk factors for pancreatic cancer include: Tobacco use; obesity; and workplace exposure to certain chemicals.

Pancreatic cancer also seems to run in some families.

“People who have tumors in their pancreas, where the tumor is disrupting the function of the pancreas, often have changes in their blood sugar, they often have difficulty digesting food. This poses a quality of life challenge," Dr. Fogelman said.