The city advises Deer Park residents who use well water to get it tested before using. 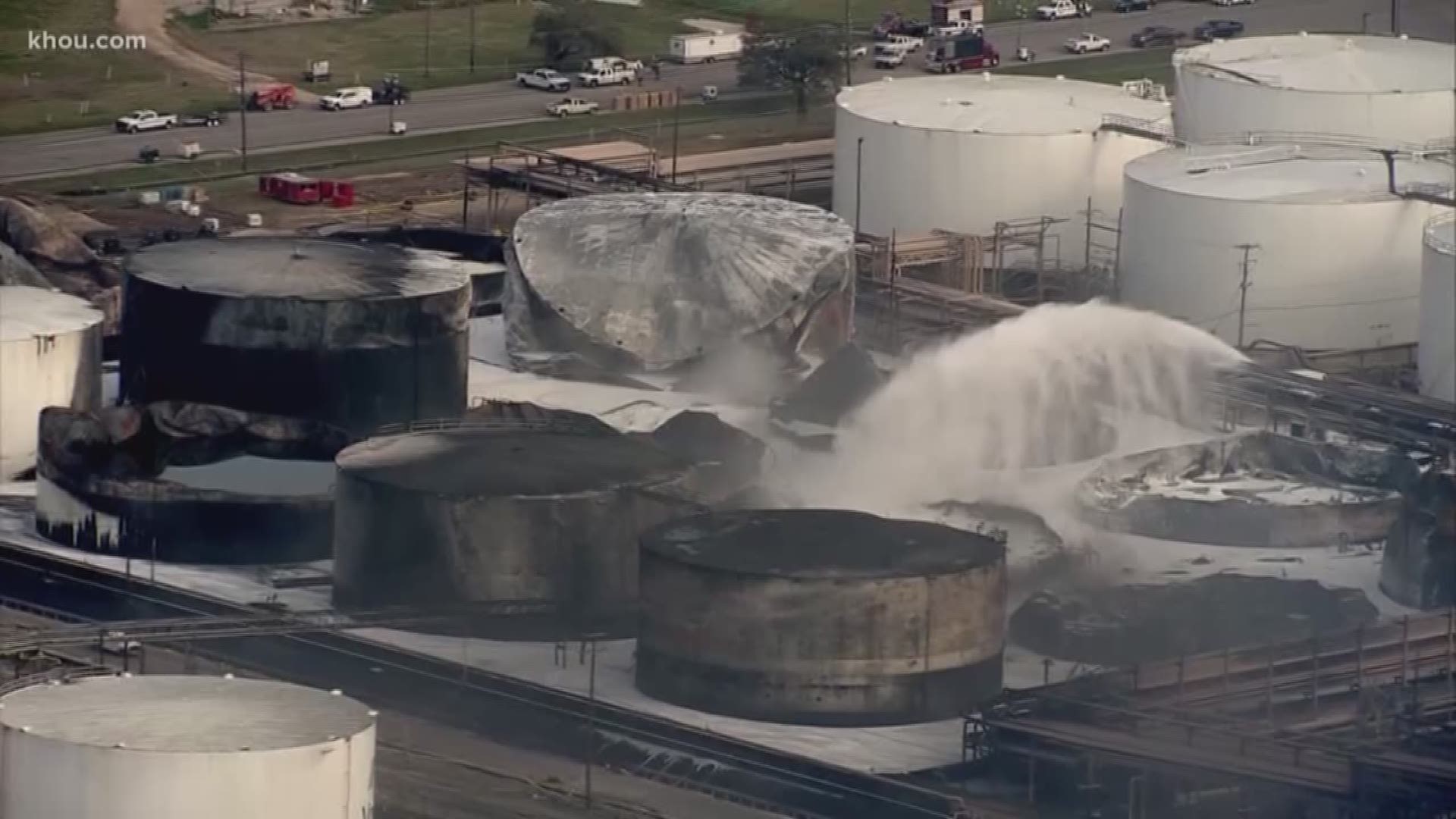 DEER PARK, Texas — No evidence of benzene was found in Deer Park’s drinking water, according to the city.

The City of Deer Park said it voluntarily hired a company to test the water supply after the ITC chemical tank fire and resulting benzene leak raised concerns.

“The tests revealed no evidence of benzene in the water,” said Nicholas Cook, Surface Water Treatment Plant Supervisor. “The only volatile organic compounds (VOCs) detected were the total trihalomethanes at 14 ug (micrograms) per Liter, which is well below the maximum allowed 80 ug/Liter. Trihalomethanes are normally present in drinking water samples.”

Trihalomethanes, a disinfect byproduct, have been shown to cause cancer in animals, according to the EPA.

The tests were done by Envirodyne Laboratories, Incorporated. The results are available here.

The city advises Deer Park residents who use wells to get their water tested before using.

Also Friday, Experts are working with the U.S. Coast Guard to evaluate the tank fire’s impact on Tucker Bayou and the Houston Ship Channel.  The experts are with the EPA, TCEQ, Harris County and Deer Park.

Teams are looking out for and working to contain any chemicals that may be coming from the site, which include the industrial chemicals stored there and firefighting foam used to fight the fire and suppress vapors.

Booms have been placed at strategic locations around the Ship Channel to contain discharge from the firefighter water and foam.

RELATED: Another shelter-in-place possible as Deer Park tanks being emptied

RELATED: 2 Deer Park sirens were down when it was time to shelter-in-place