Music as medicine studied in treatment of strokes, depression and Alzheimer's

A unique concert will be held in the Medical Center this weekend showing music's impact on the brain. 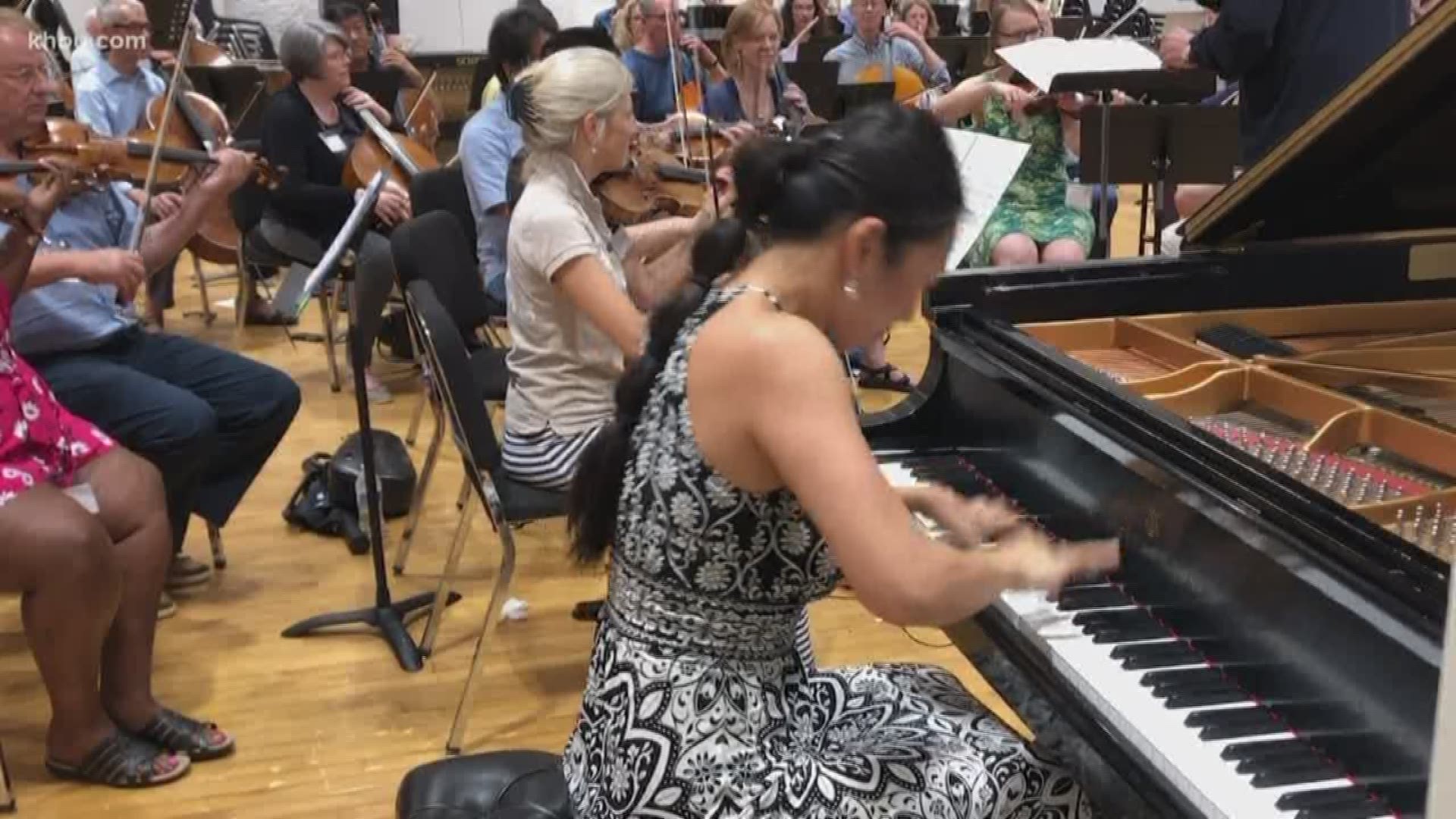 HOUSTON — You may have heard the phrase "music soothes the savage beast." Well, what if music could do more than that?  What if it could work as medicine for your brain?

There would mean major implications for stroke victims, those battling depression and Alzheimer's patients.

Methodist Hospital’s Center for Performing Arts Medicine is conducting a new study on music as medicine.

Lead researcher Dr. Mei Rui is also an internationally-known concert pianist. She will perform a concert while showing the audience her brain scan reacting to the piece she plays.

Rui recently rehearsed with The World Doctors' Orchestra at Rice University, preparing to demonstrate how music impacts the brain.

Earlier in the week, she spent three hours in an MRI machine. The Yale-educated scientist listened to a recording of herself playing a Rachmaninoff concerto, while her brain was scanned.

Why is this important?  Consider stroke patients. Oxygen, which comes from exercise, helps both body and brain heal, but many stroke patients can't exercise.  So, could music oxygenate the brain instead?

"The eventual goal is to be able to exercise the brain as early as possible, even if you may be partially or fully-paralyzed.”

She thinks doctors could one day target music to oxygenate certain parts of the brain, which may have been injured.

Later this year, Rui will work with Rice University on a study with early onset Alzheimer's patients. It will focus on a six-week course for older adults with mild cognitive impairment, combining musical exposure, creativity and performance. The investigators will look for changes in intelligence, neural flexibility, loneliness, social support and perceived psychological stress.

"Music could decrease stress hormones flowing thru the body, Interleukin 6, and may even stimulate growth hormones which promote healing," Rui said.

In an hour-long concert at Methodist Hospital Friday, Dr. Rui's brain scans will be synched to her piano concerto and played on a big screen for the audience to watch as she performs her solo.

She and the World Doctors Orchestra will perform a 3-hour concert without the brain scan Saturday at Rice.

She is playing with fellow doctors from around the world, who donate their time and talents to raise money for medical projects. Soon they will join a Houston scientist to raise awareness about music as medicine.

A free concert with Rui's brain scan will take place Friday at 5 p.m. at the Houston Methodist Crain Garden. It's in the Dunn Tower at 6565 Fannin.