Most current measles patients in Houston area had vaccine 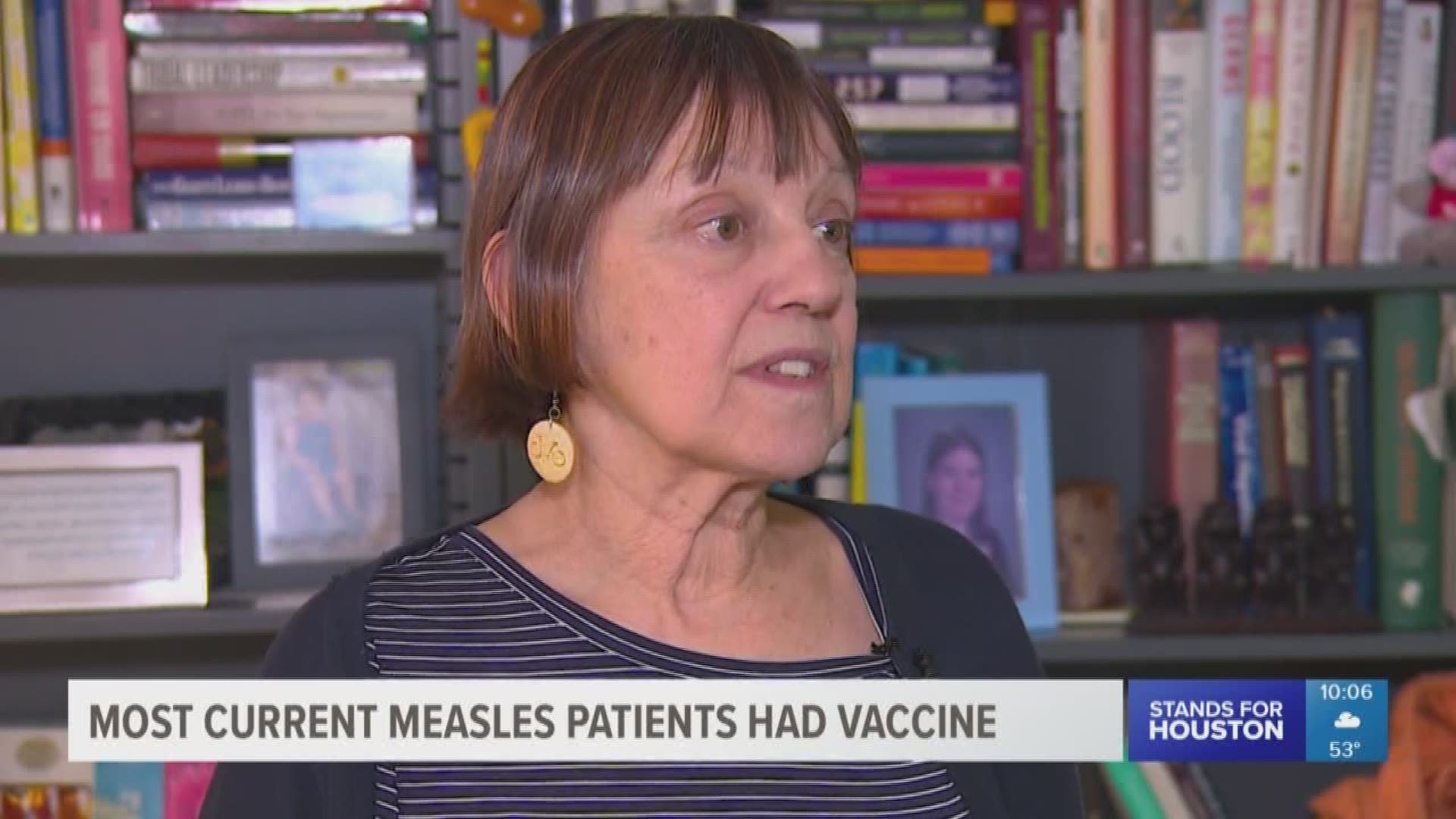 HOUSTON — In less than two weeks, a measles outbreak across greater Houston has brought this once-thought-eliminated disease front and center.

Catherine Troisi, PhD, epidemiologist at UTHealth School of Public Health, explains why a vaccine might not work.

“It may be genetics and there may be something about your immune response that it won’t respond to the vaccine,” Troisi said.

Overall, the vaccine is highly effective with a 93-percent success rate after one dose and 97 percent after two. Dr. Troisi addressed whether the measles virus may have mutated.

“It’s been protecting children since the '60s. The virus has not changed in all that time. There is absolutely no evidence that it has changed," she said.

As to why the measles virus hasn’t mutated, Dr. Troisi says it is a bit of a medical mystery.

“Viruses have either RNA or DNA as their genetic material. If they are RNA they are more likely to change, HIV is an example," Troisi said. “Measles is an RNA virus but it’s very stable. I’m not sure we really know why that’s the case but luckily it is so that we only have one vaccine...and you’re protected for life.”

Houston has one of the lowest vaccination rates in the country. According to the CDC, only about 87 percent of Houston’s population is vaccinated. The recommended rate is at least 90 percent.

“Texas is a really ripe territory for an outbreak because of our high non-vaccinated rate," Troisi said. “We’ve been lucky so far. I have two grandchildren under the age of 12 months who can’t be vaccinated, and I’m very worried about them. I suspect we will see more."