Jessica Guitierrez, 20, suffering from kidney failure after a lifetime of battling kidney disease, received a kidney from her mother Maribel Gutierrez. 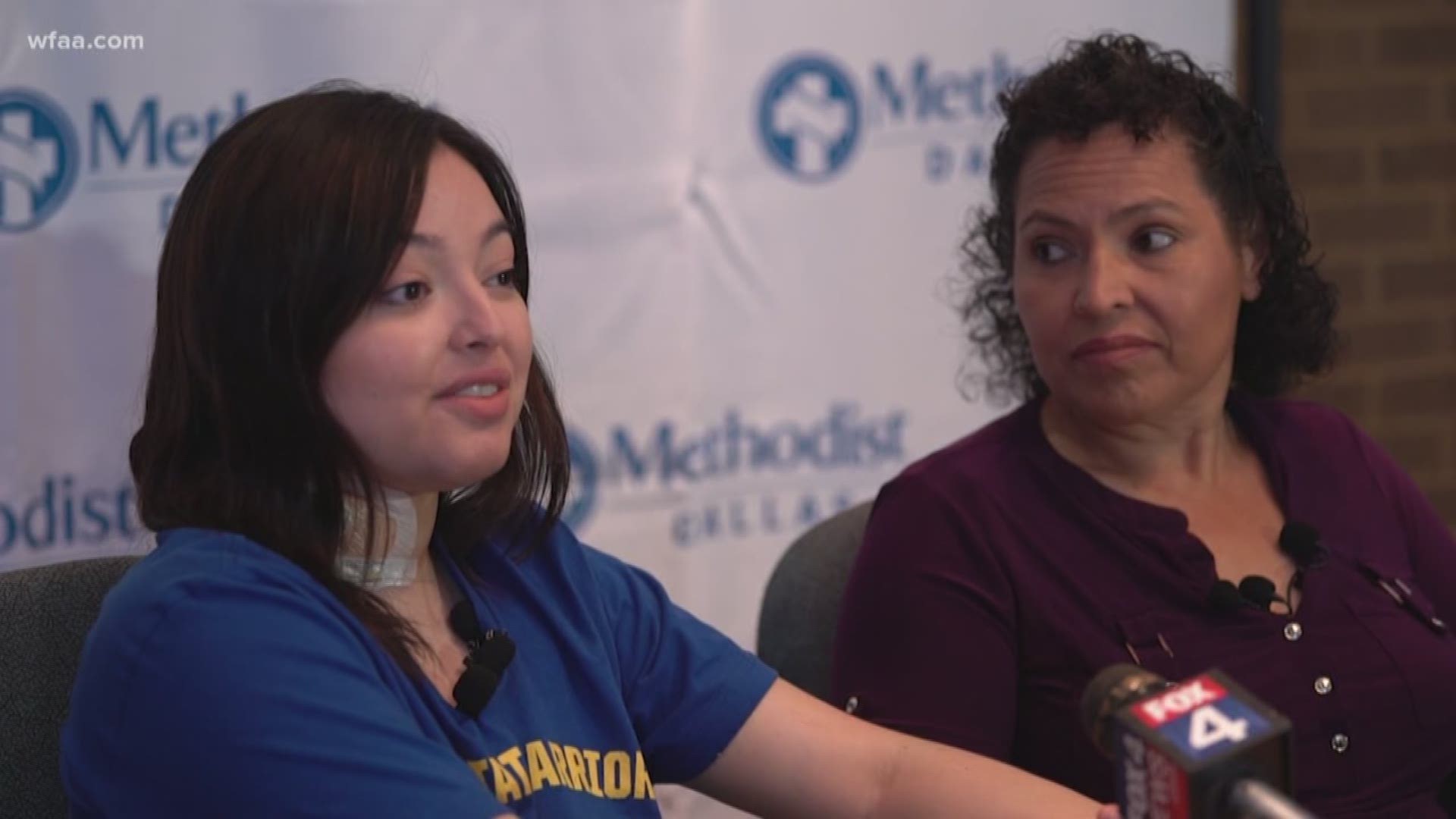 Jessica Guitierrez, 20, suffering from kidney failure after a lifetime of battling kidney disease, received a kidney from her mother Maribel Gutierrez.

"I'm telling you I feel like a whole new person. It's an amazing feeling that I can't describe!" Jessica said.

Jessica Guitierrez did her best to describe it Tuesday at Methodist Dallas Medical Center while seated next to her mom: the hero who saved her life last week as the world watched it happen.

Last week doctors at Methodist Dallas streamed their surgery on Facebook live in a webcast that reached more than 140,000 people. "Ever since all this happened, thanks to my mom, I can't thank her enough. She's given me life for a second time. She really has," Jessica said.

When she learned Jessica's kidneys were failing, her mom wanted to be the first person tested. And when doctors gave her the good news that she was indeed a perfect match, she handed her daughter a box of matches with a handwritten note that said "You have my heart Jessica. I love you. Now you will have my kidney too. We are a match!"

"And instantly when I saw it I thought it was so cute, not only because it was a matchbox because we're a match, but it's just the feeling of relief," Jessica said.

"I feel the decision I took is the right decision," her mom told us. "I love her so much."

The hospital chose to stream the surgery on Facebook because everyone involved wanted to send a message. If not for a living family donor, Jessica might have had to wait as long as four years for a match from a stranger. She might not have lasted that long, waiting for someone else to share.

"I think that's the great word, share," said transplant surgeon Richard Dickerman. "I think they needed to share in the experience to see how wonderful organ donation is, and how wonderful her mother was to give her life a second time."

"We got a chance to show the world you can do something in this world. One single person you can change someone's life forever," Jessica added.

And as proof of that, Jessica told us she now has a plan for her new life. She'll go back to school to become a nephrologist, a kidney specialist, too. And she'll carry part of her hero with her every step of the way.

"She's definitely my hero. My life saver. My mother," Jessica said. "Her love is endless for me. She's never given up on me ever. And that's what I'm most grateful for. A mother's love is really forever!"