Though it can't be fully proven, two doctors told WFAA it's fair to say vaping likely played a role in Brandon Wells' death. 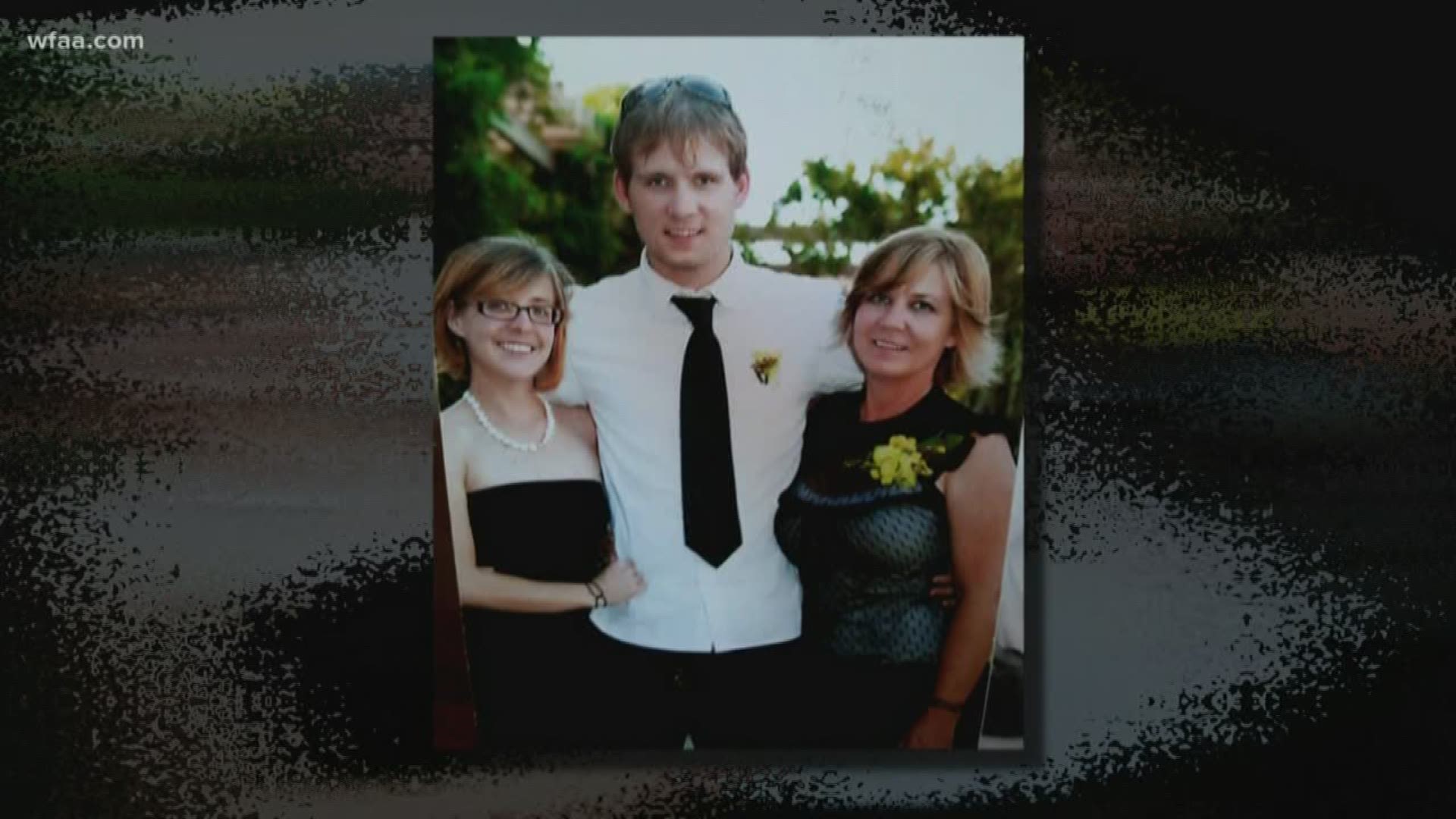 FORT WORTH, Texas — As lung damage cases connected to vaping continue to mount across the United States, one Fort Worth family feels even more validated in the belief that their loved one died from e-cigarette use.

Wells was a beloved jiu-jitsu teacher, masseuse, brother, and son.

His 37th birthday would have been on Aug. 18, according to his sister, Crystal Wells.

"He was an amazing person," she said. "His sense of humor was incomparable. I've never met anyone else like him."

Crystal and her mother, Joanne Wells, stared at photos of the martial arts instructor as they told WFAA that Brandon was always hyper-focused on his health.

Brandon was living with his mother at the time of his death and she said she saw those habits personally.

"He was solid muscle," Joanne Wells said. "There wasn't a day that went by where he wasn't working out, doing jiu-jitsu, or eating healthy."

Brandon's only medical flaw was that he was a smoker.

His mother said that Brandon started smoking tobacco in high school and continued into his late twenties.

Yet, about a year before he died, Wells turned to e-cigs and vaping to quit tobacco once and for all.

His family said it worked.

"At the time, all we knew about them was what these companies were telling us, that it was a safer alternative to smoking," Crystal said.

"The marketing worked beautifully on him," Brandon's mother added.

Joanne went on to say that her son refilled his vape, which was a large-box vape, up to three times a week.

"He was using it all the time," Crystal said. "He no longer had to go out back to smoke any more. He did it all the time because he could. There were no signs that said 'no vaping' back then."

Everything seemed fine with Brandon's e-cig use, but one night in August of 2013 he couldn't stop coughing and had an accelerated heart rate.

"He was in bad shape," Joanne said. "But he taught jiu-jitsu that night so he told me not to worry."

Still, Joanne said that she planned to take her son to the doctor in the morning out of caution.

She said that the two watched a movie together and that he fell asleep on the couch.

"I kissed him on the forehead and then went to bed," Joanne said.

But Brandon never made it to that doctor appointment. In the morning, he was dead.

Brandon's autopsy found that the 30-year-old had died from a pulmonary hemorrhage and edema. It also said that he had bronchopneumonia.

"It was a huge shock," Joanne said. "Even the medical examiner said it was unusual."

His family couldn't understand how a healthy, physically fit 30-year-old man suddenly died the way he did.

That is until they started thinking about how much Brandon was vaping a week.

"I knew then that's what killed him," Crystal said. "I 100% believe that if he still smoked regular cigarettes he'd still be here."

Brandon's mother even wrote a letter to the Food and Drug Administration in 2013 about it all. She said the FDA responded saying they were looking into issues with vaping already.

Now, with so many lung damage cases being connected to vaping, two doctors told WFAA that it's fair to say that vaping likely played a role in Brandon's death.

However, doctors said it would be difficult to prove. Mainly, because there's no tell-all at the moment to determine that lung inflammation is caused by vaping.

At Cook Children's Hospital in Fort Worth this week, 17-year-old Tryston Zohfeld shared a story about how he was on a ventilator for 10 days because of vaping.

His lungs started to fail and he was rushed to the ICU and placed in a medically-induced coma. He stayed in the hospital for 18 days.

His doctor revealed that numerous tests were done beforehand to understand why the teen's lungs were failing.

Credit: ZOHFELD FAMILY
Tryston Zohfeld recovers in a hospital bed in Fort Worth. His lungs started to fail because of vaping, doctors told WFAA.

Everything turned up zilch until a family member revealed that Zohfeld had been vaping since the eighth grade.

"We eliminated everything that we could possibly think of," Dr. Karen Schultz said at the time. "It fits with similar cases."

As many as 50 people in at least six states have experienced breathing illnesses that may be linked to e-cigarettes or other vaping products.

Health officials have only been counting certain lung illnesses in which the person had vaped within three months. Most cases involve teenagers, but some adult cases have also been reported. No single vaping device or liquid is associated with the illnesses.

Texas State Health Officials are now encouraging health care providers to ask patients of any previous use of vaping products, and right now at least 10 people have confirmed lung issues from vaping.

"We wish he was still here," Joanne said.

RELATED: Vaping companies sue to delay US review of e-cigarettes