Ana Castillo, a mother of two boys, is at high risk for breast and ovarian cancer. She's doing what she can to make sure she can watch her children grow up. 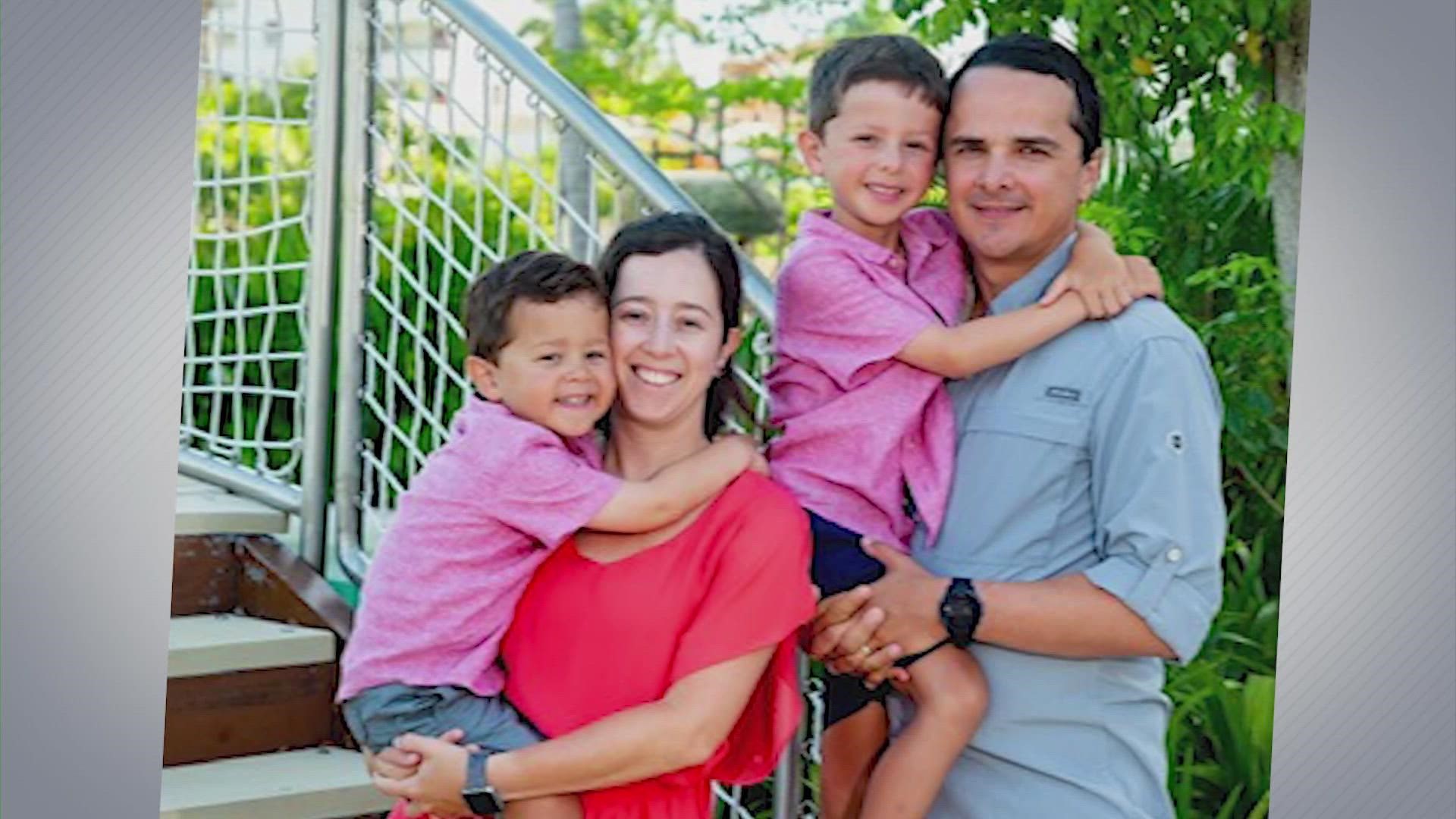 HOUSTON — A Houston woman underwent a preventative mastectomy and had her fallopian tubes removed to reduce her risk of getting breast and ovarian cancer. She said she plans to have her ovaries removed next.

“That was one of the things my husband and I had talked about early on. I want to get married when I’m young so I can have my kids young, because I know there’s all this stuff I’ve got to do,” Ana Castillo said.

When she was 18, Castillo found out she has a high risk of developing breast and ovarian cancer. Two of her three aunts on her father’s side had breast cancer. One died at 36. The other is a survivor. The third aunt and Ana both tested positive for the BRCA genetic mutation, which makes them a high risk for ovarian and breast cancer.

“Now that I’m getting older, I’ll be 36 on Saturday, I want to be here for a while with my kids, so whatever I need to do to stay healthy,” Castillo said.

After her second child was born, Castillo had her breasts surgically removed. She later removed her fallopian tubes.

“Kind of the first step is to take my fallopian tubes out because there’s research being done – which I’m part of – that shows maybe ovarian cancer actually starts in the tubes, not the ovaries. It’s just in the ovaries once it’s really bad,” she said.

Castillo is part of a clinical trial studying preventative surgery at MD Anderson. Removing a woman’s ovaries triggers menopause. Doctors are investigating whether removing the tubes, but waiting on the ovaries until a woman is older, can still provide the same health benefits.

“If we give women the choice and monitor symptoms such as hot flashes, night sweats, do they have a better quality of life?” said Dr. Aaron Shafer, a gynecologic oncologist and program director of the GYN Oncology Fellowship at MD Anderson.

Shafer said the preventative surgeries dramatically reduce the chances of developing breast and ovarian cancer for women who have the BRCA genetic mutation.

Getting the surgeries was an easy decision for Castillo. She encourages other women with a family history of breast and ovarian cancer to consider genetic testing as well.

“To think, now, the chance of me developing breast cancer is 1%. That’s huge for me,” Castillo said.