Rekha Muddaraj caught up with three Houston-area women balancing pregnancy and motherhood, during the pandemic. 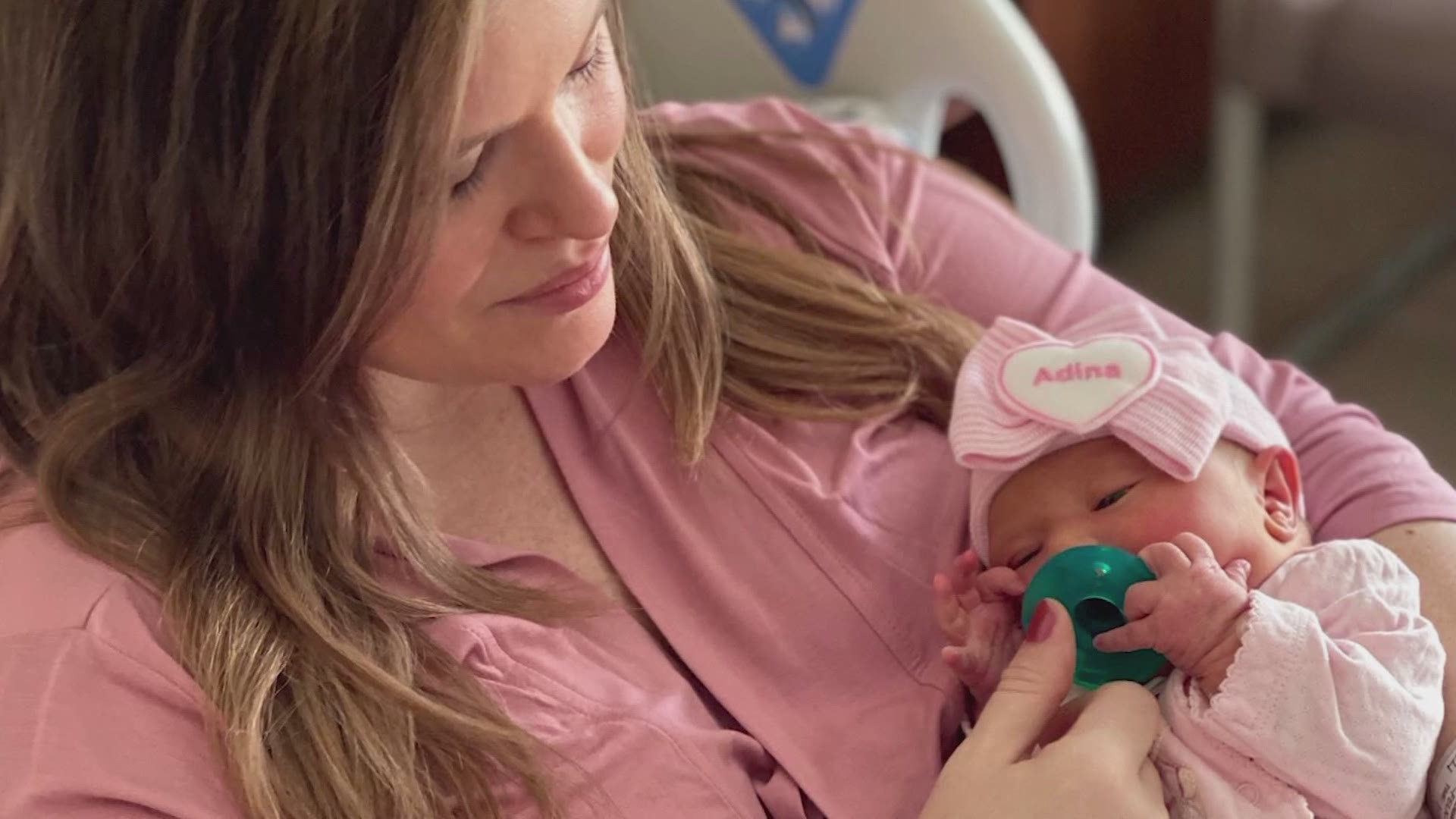 HOUSTON — Many people thought we’d see a baby boom during the coronavirus lockdowns, but it turns out, it was more of a bust.

The CDC reported births declined by about 8% in December, when babies conceived at the start of the pandemic would have been born.

But women were still having babies, and KHOU’s Rekha Muddaraj caught up with three Houston-area women balancing pregnancy and motherhood, during the pandemic.

Erica Zerante - already a mother of two - was excitedly preparing for the arrival of baby number 3  in March 2020, right around the time the U.S. had declared the coronavirus a national emergency.

“I remember going into my doctor at my 36-week appointment thinking, this is no big deal,” says Erica.

“But then she was wearing an N95 mask and second mask at my 38-week appointment, and that’s when I thought, maybe this is going to be something significant.”

As hospitals became overwhelmed with COVID-19 patients, Erica worried about how the changing restrictions would affect her delivery.

“At the time, women were having babies alone, and I was really scared that I was going to have to do that,” says Erica.

Thankfully, when Erica went in to deliver, her husband Larry could be by her side.

But even this experienced mom, couldn’t prepare for life for with two young children and an infant, during a county-wide lockdown.

“We lived in a townhouse in downtown Houston where absolutely nothing was open, so we were all on top of each other.”

Even the most routine things, were more complicated: because hospitals were limiting visitors, Erica says a friend broke her own family’s quarantine, to watch her two older children, so she could take Rocco to a doctor’s appointment.

But despite the struggles and uncertainty, Erica says watching her three children bond over the last year, has been priceless.

“Spending every moment together -  they are just inseparable.”

Kristy Callaway’s journey to get pregnant through IVF was suddenly stalled, when her fertility clinic was forced to shut down last spring, amid the pandemic.

But weeks later, there was a window of opportunity.

“There was a brief period when restrictions lifted for non-essential medical procedures,” says Kristy.

“So we basically slipped in right in time before they shut everything down again and had the embryo transfer done.”

Since Kristy’s pregnancy was considered high risk, she and her husband isolated themselves as much as possible.

But it was difficult being far from friends and family.

“I had imagined what pregnancy would be like and that involved going shopping for baby clothes with my mom and grandma, and having a big baby shower… and none of that happened.”

Near the end of her pregnancy, Kristy contracted COVID, adding another layer of concern.

And in recent weeks, with more people being vaccinated, she has been able to introduce Emmett to loved ones in person.

“We have so many people who prayed for this baby to get here, and I want him to know and love all of those people.”

“COVID made it more difficult in some regards, a blessing in others.”

Getting pregnant was a welcome surprise for Felicia Perez and her husband.

But feelings of excitement were mixed with anxiety for the first-time mom.

“It kind of got claustrophobic being indoors a lot, and I second-guessed myself all the time when I left the house,” says Felicia.

But – there were also perks.

Felicia says working from home allowed her to take better care of her health, and she saved money by not having to buy a lot of maternity clothes.

And although she had to scrap her more traditional plans for a baby shower, friends could still congratulate the mom-to-be during a COVID-friendly car parade.

“It was just the two of us, which was sweet in a way, but our family couldn’t be there, so it was also kind of sad.”

Weeks later, the proud parents traveled from Houston to Arkansas to introduce baby Adina to her grandparents, for the very first time.