Health Matters: Importance of getting a good night's sleep

People who lack sleep may suffer from irritability, a lower immune system and cognitive impairment or confusion. 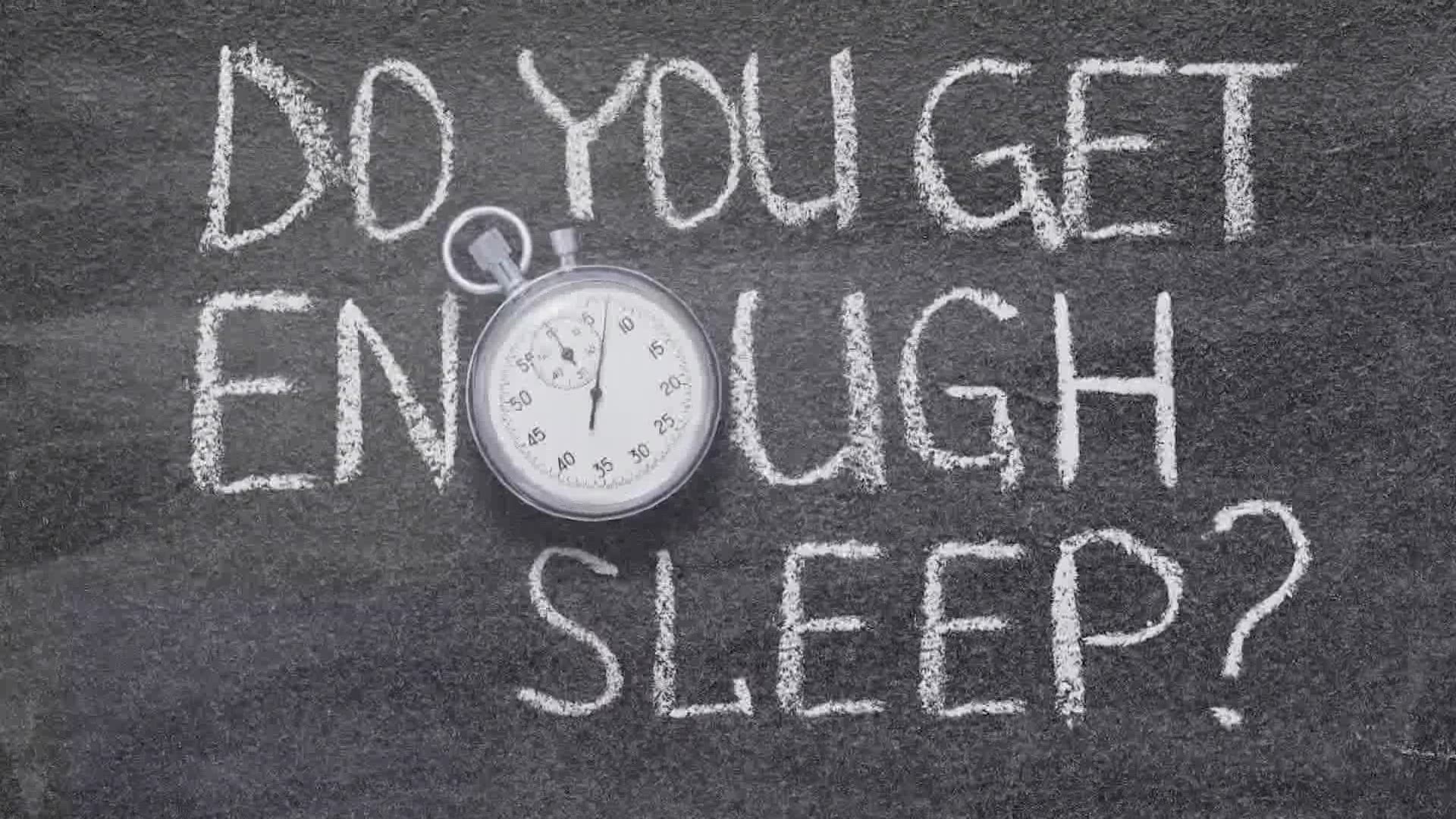 HOUSTON, Texas — Most Americans lost an hour of sleep with the start of Daylight Saving Time over the weekend, so it’s fitting that this week is dedicated to raising sleep awareness.

Did you know that getting a good night’s sleep may be one of the most important things you can do to stay healthy?

Dr. Shira Goldstein, an assistant professor of family and community medicine at UTPhysicians said one of the most common complaints she gets from patients relates to problems sleeping.

She said there are obvious benefits to catching some Zs, like an improved mood and better concentration.

So, how much sleep should you be getting?

“For the average adult we do recommend between seven to nine hours of sleep,” Goldstein said. “For children and toddlers, definitely a lot more. That can really range between 11 and 15 hours.”

She said those who don’t may suffer from irritability, a lower immune system and cognitive impairment or confusion.

To get better sleep, Goldstein said you should get on a regular sleep schedule and set the thermostat to a comfortable level.

“Making sure it’s not too hot, not too cold,” she said.

Also, Goldstein said to put electronics, like cell phones, away.

“That blue light really activates our brain and keeps us awake so we recommend not using them for up to two hours prior to sleep,” Goldstein said.

While many of us look forward to a nap here and there, Goldstein said it may be a sign.

“People who nap tend to have poor nighttime sleep so it might be an indication depending on other components of your health that you are maybe not having appropriate restorative sleep,” she said.