Health Matters: RSV can be serious for infants

The virus is catching both parents and doctors across the country off-guard, because RSV typically spikes in the winter months, and is rarely seen in the summer. 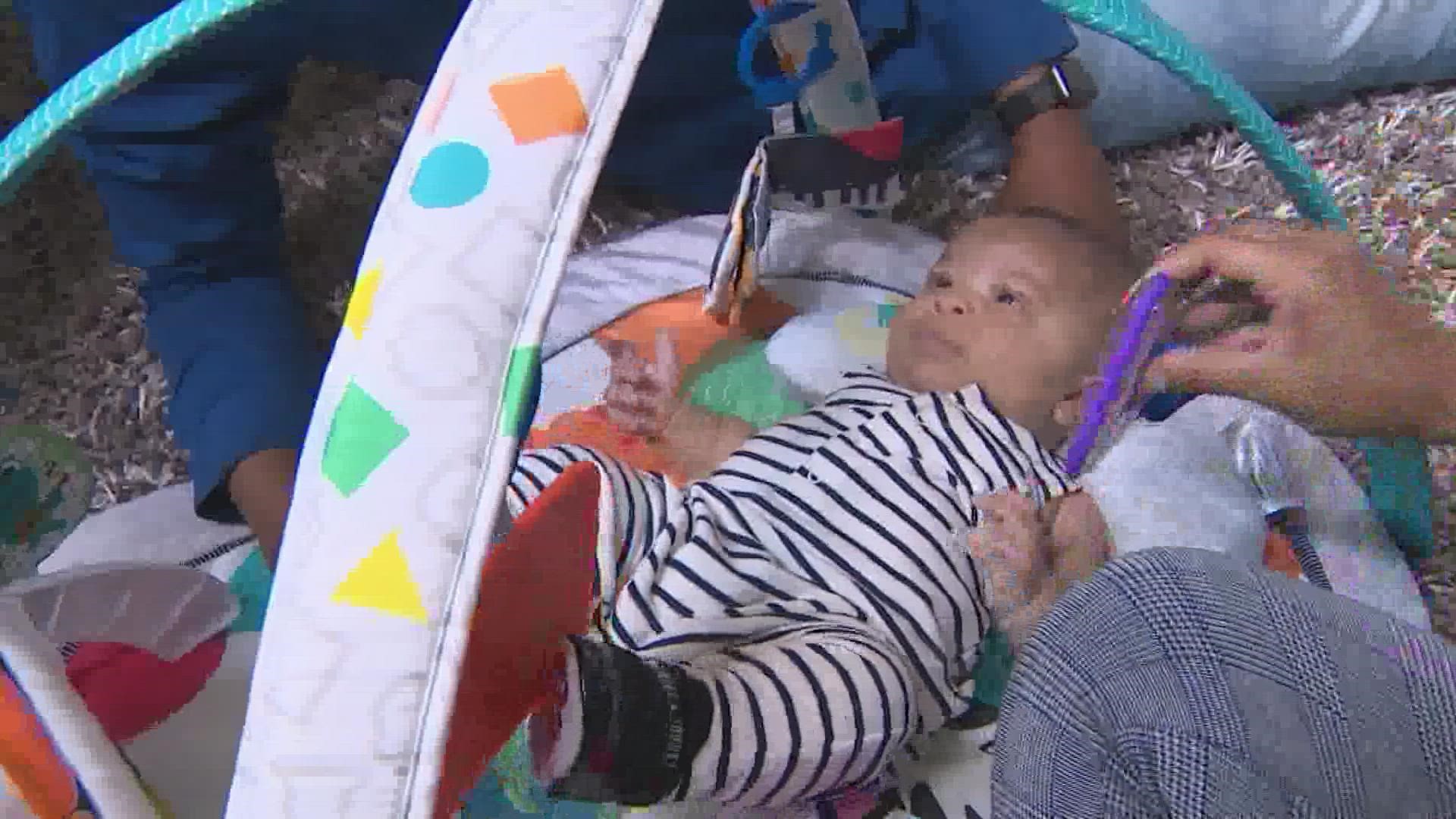 When Lauren and Terrell Thorton’s 3-month-old son, Terrell II, came down with a low-grade fever and congestion that wouldn’t let up, they suspected he had something worse than allergies or a cold.

The parents of five had already experienced Respiratory Syncytial Virus – or, RSV - with their daughter Harley, who spent 12 days in the hospital recovering.

So when Baby Terrell fell sick, they wasted no time seeking medical care.

And after several days of treatment, he has made a full recovery.

The virus is catching both parents and doctors across the country off-guard, because RSV typically spikes in the winter months, and is rarely seen in the summer.

Pediatrician Kenya Parks, with UT Physicians, says it’s due in part to masks coming off.

“Now with individuals not masking anymore and co-mingling more, , it’s causing an upswing in a lot of these viral illnesses,” says Dr. Parks.

In most people, ages 2 and up, RSV presents as the common cold.

But in in babies, specifically younger than 6 month, as well as immunocompromised adults, it can be dangerous and cause life-threatening problems like bronchiolitis and pneumonia.

“It affects the smaller airways in the lungs, causes inflammation, and sometimes that inflammation can lead to respiratory stress requiring hospitalization.”

It’s why Dr. Parks says it’s a good idea for parents to reach out to their pediatrician, if they’re child experiences any of the following: