Sheriff Gonzalez's telepsychiatry program has jumped from 3 deputies to nearly 150 in less than 4 years. But with thousands of 911 calls, more resources are needed. 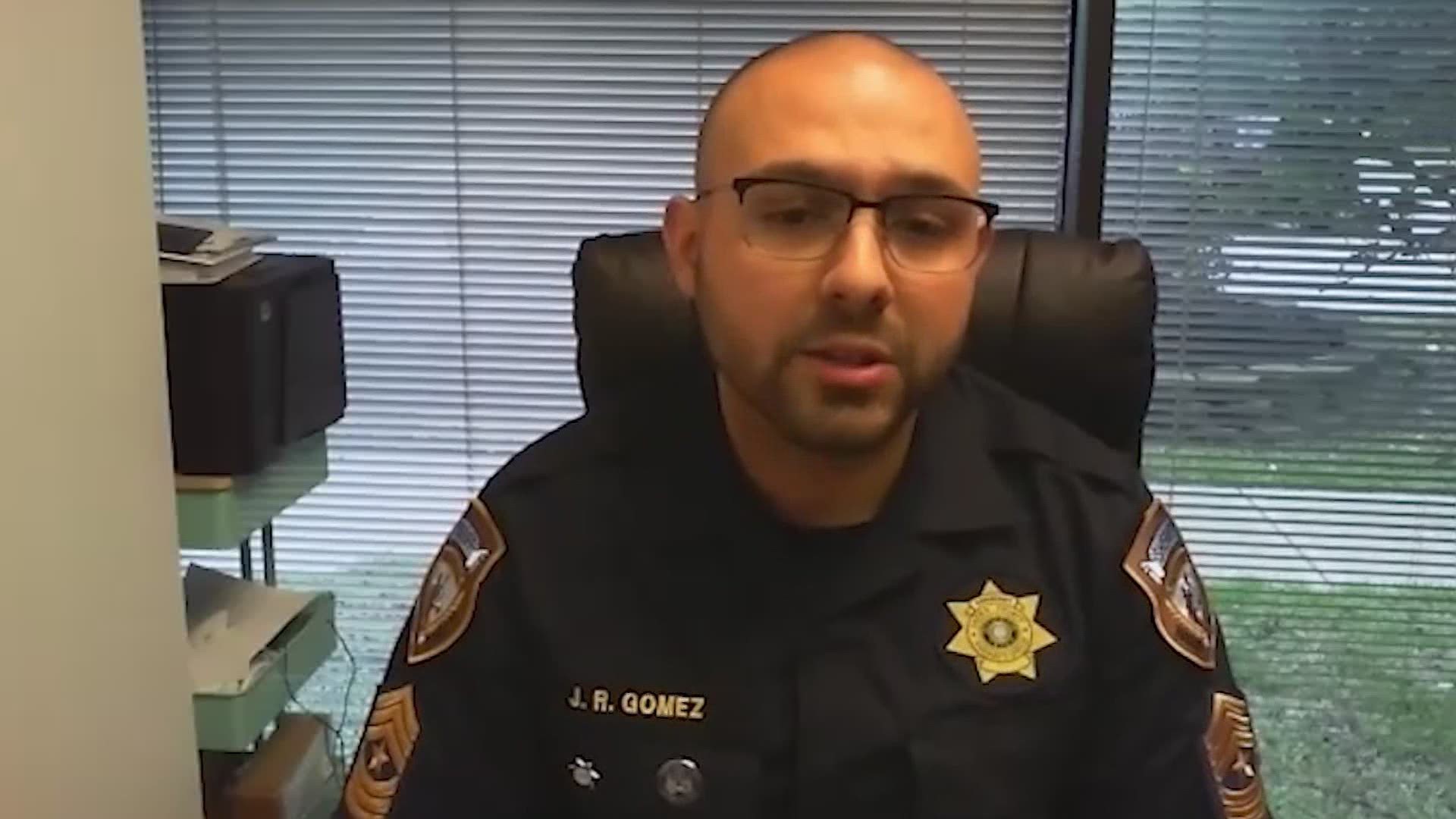 Garcia, who lived near Channelview, was reportedly in the middle of a mental health crisis early this morning. His wife called 911 and told the dispatcher about her husband’s mental state. HCSO Assistant Chief Mike Lee said when the deputy arrived at the home, “he was met at the front door,” by Garcia who “was armed, in a mental health crisis.”

The dispatcher called a mental health unit to respond to the scene, but Lee confirmed “they were tied up at another scene,” so the deputy asked Garcia to put down the knife Garcia was carrying. Lee told reporters at the scene that Garcia did not comply with the order and the deputy attempted to use a Taser, but that didn’t slow Garcia, who Lee said continued to move toward the deputy as he walked about 50 yards back from the front door of the home.

The deputy reportedly fired their gun multiple times, hitting Garcia at least once. The deputy than reportedly began to apply first aid until an ambulance arrived. Marcelo Garcia was pronounced dead outside the home.

“We do know that we have a history of calls at this residence,” Lee said. “It’s a tragic event for that deputy, for that family.”

.@HCSOTexas says a mental health unit was dispatched but it was tied up at another scene. @HCSO_LECommand says they get tens of thousands of mental health crisis calls and there aren't enough mental health units to provide adequate coverage. #KHOU11 https://t.co/UR3zTN1eaf pic.twitter.com/C45YZjOem0

The early Wednesday morning shooting spotlights the mental health issues deputies are called to respond to.

“Sending armed police to a mental health crisis call is not the ideal situation,” Lee said. “And unfortunately, sometimes these issues fall through the cracks, because the person can’t receive the mental healthcare that’s needed.”

The Harris County Sheriff’s Office is a trailblazer when it comes to crisis intervention.

“We are, on a monthly basis, getting phone calls from other agencies that want to talk about this type of response,” said Sergeant Jose Gomez who tackles Behavioral Health Training and Projects for Harris County, which is home to one of the largest sheriff’s offices in the United States.

KHOU 11’s followed Gomez since 2017, when the sheriff’s office became the first in America to invest in telepsychiatry. A deputy with an iPad connects a person in distress with a mental health professional through a video call. The conversation between the person and the counselor lasts as long as is needed to deescalate the situation.

“That is in addition to our Crisis Intervention Response Team model, which pairs a mental health peace officer with a Master’s level clinician from the Harris Center," he said.

“We could always have more,” Sgt. Gomez said.

More face-to-face response teams might have helped Wednesday morning. Again, dispatchers called on a team to respond to Garcia’s home, but the team was already responding to another mental health crisis.

“They are not cheap,” said Lee of the co-response teams. “They’re fairly expensive units. We do not have enough to provide adequate coverage around the county. We’d like to see an increase in those units.”

“We need Texas to recognize that we need to do more," Commissioner Garcia said.

Commissioner Garcia said Texas is, “49th in the nation in per capita healthcare spending when it comes to mental health.”

He’s calling on the Texas Legislature to prioritize the way law enforcement respond to mental health crises, “because there’s just absolutely no way that Harris County alone will be able to fill all the gaps," he said.

Until Harris County can afford more co-response teams, Sgt. Gomez will continue, “training our deputies, providing them these types of tools, the technology and things like that, we’re trying to rise up to that level,” of care where everyone can receive the best response to their mental state.