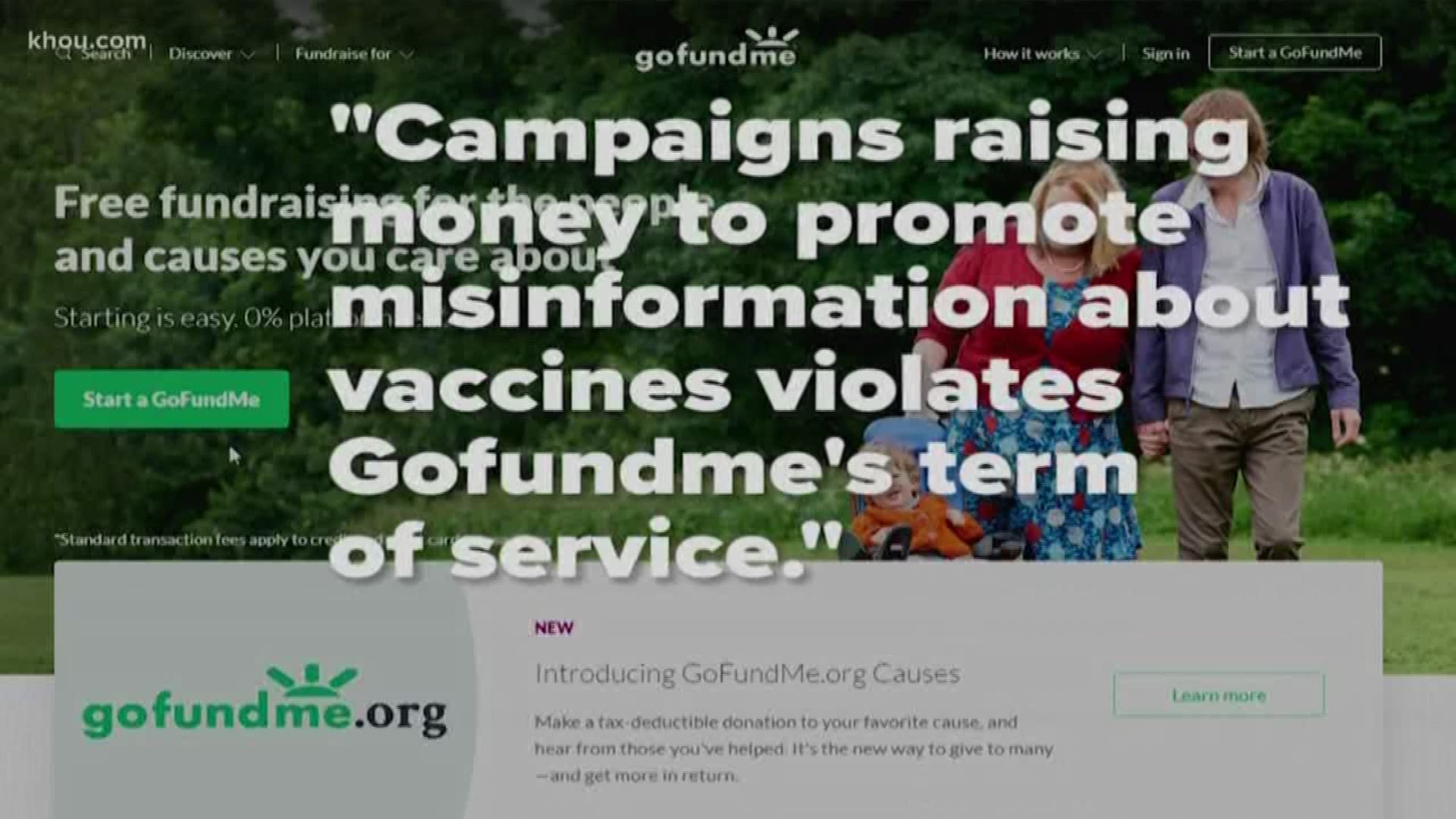 HOUSTON — GoFundMe joins other social media platforms as they commit to restricting or removing campaigns promoting misinformation about vaccinations.

While they say these types of campaigns were extremely rare, GoFundMe says they are “conducting a thorough review.”

Health professionals with the Houston Health Department say they applaud social media platforms for taking a stand against the spreading of misinformation.

Porfirio Villarreal is a spokesperson for the department and says with issues as divisive as vaccinations, misinformation is often the biggest threat.

“You don’t want to go to someone who spends 15 minutes and just copies and pastes to someplace. Just because it’s online, doesn’t mean it’s true,” said Villarreal.

RELATED: What Houstonians need to know about the recent measles outbreak

Facebook announced in March that they won’t send you recommendations on groups they believe could be spreading conspiracy theories and misinformation. The same policy will apply to Instagram posts.

As one of the oldest groups of their kind, NVIC advocates for giving parents a choice on vaccinations. An argument very similar to those shared by anti-vaccine groups, but Fisher says their main purpose is education.

“When the statement is made that vaccines are safe, we say they are not safe for everyone,” said Fisher.

Fisher says at the heart of her frustration is the notion that you have to be on one side or another on this issue.

“Nobody is looking at the center ground…We have a right in America to question government science and pharmaceutical companies,” said Fisher.

Fisher says it’s important to note who defines the term misinformation, as all her data and studies have references to back them up.

For either side, the point has become to give you as much information as possible. Keeping in mind, where it comes from, is just as important as what you’re looking for.

According to the Centers for Disease Control and Prevention, the number of measles cases in the United States made it’s biggest jump of the year with 90 new cases reported in one week.

2019 now has the second-highest number of measles cases in the United States in 25 years with 555 total cases. The World Health Organization also reported Monday that there were more than 110,000 measles cases worldwide in 2019.