Fort Worth couple dies on vacation in Fiji

The family said that a healthy, active couple came down with a mysterious illness. 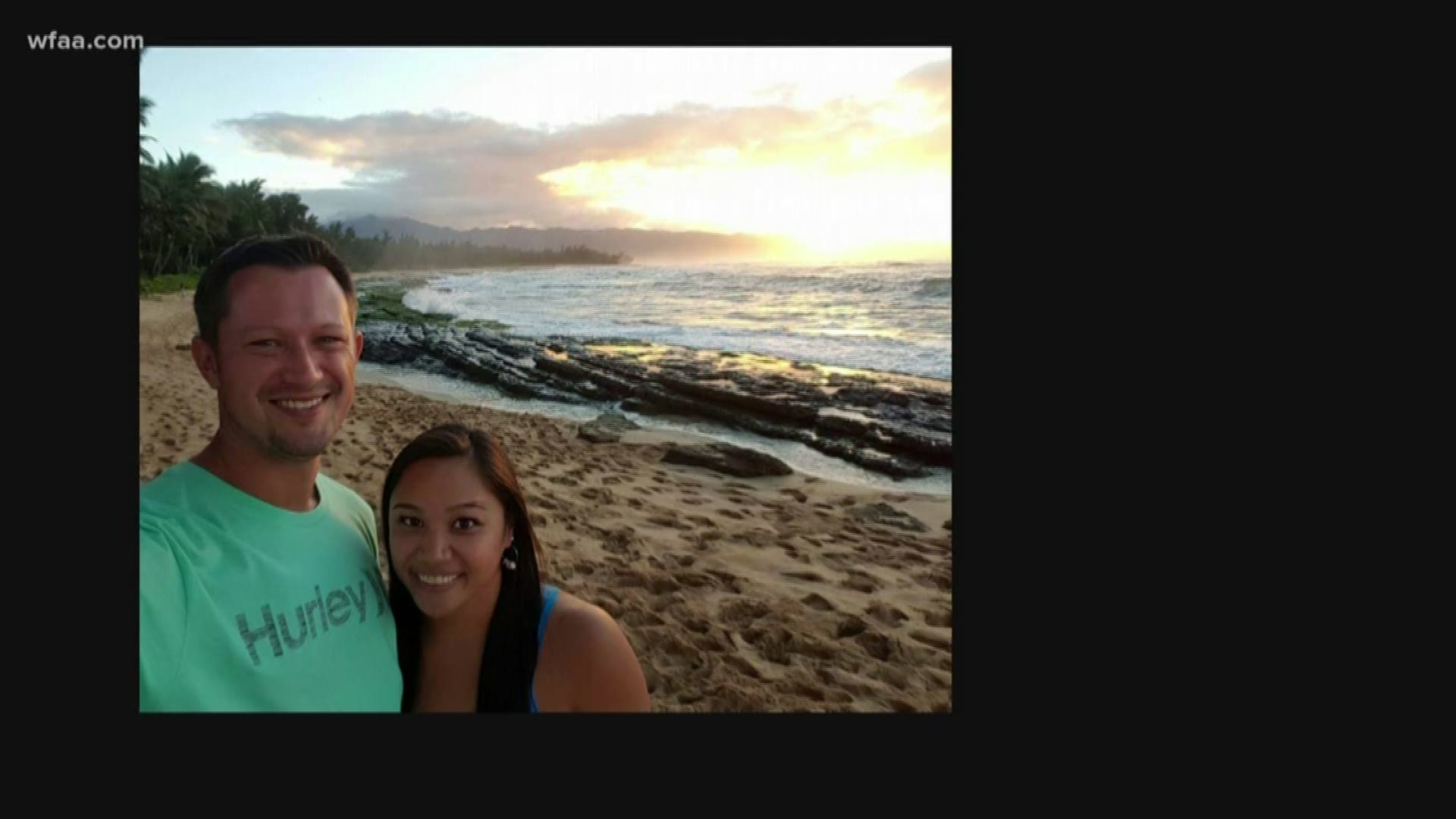 FORT WORTH, Texas — David and Michelle Paul were supposed to be on the trip of a lifetime, halfway around the world in Fiji. But the Fort Worth couple died suddenly and unexpectedly, and their family back in the U.S. is now coping with a tragic loss.

David Paul, an Air Force veteran, and his wife Michelle were raising a 2-year-old son in Fort Worth. Family said they were also helping to raise David's daughter from a previous relationship. The couple, who loved to travel, tried to get away on trips with just each other annually and had been planning a journey to Fiji for some time.

"They were planning an amazing vacation," said Tracey Calanog, sister-in-law to the couple through her husband, who is Michelle Paul's brother.

Calanog said the day before they were scheduled to return home to the U.S., relatives got the call.

"They knew something was going on in their body and were able to get to the hospital," Calanog said. 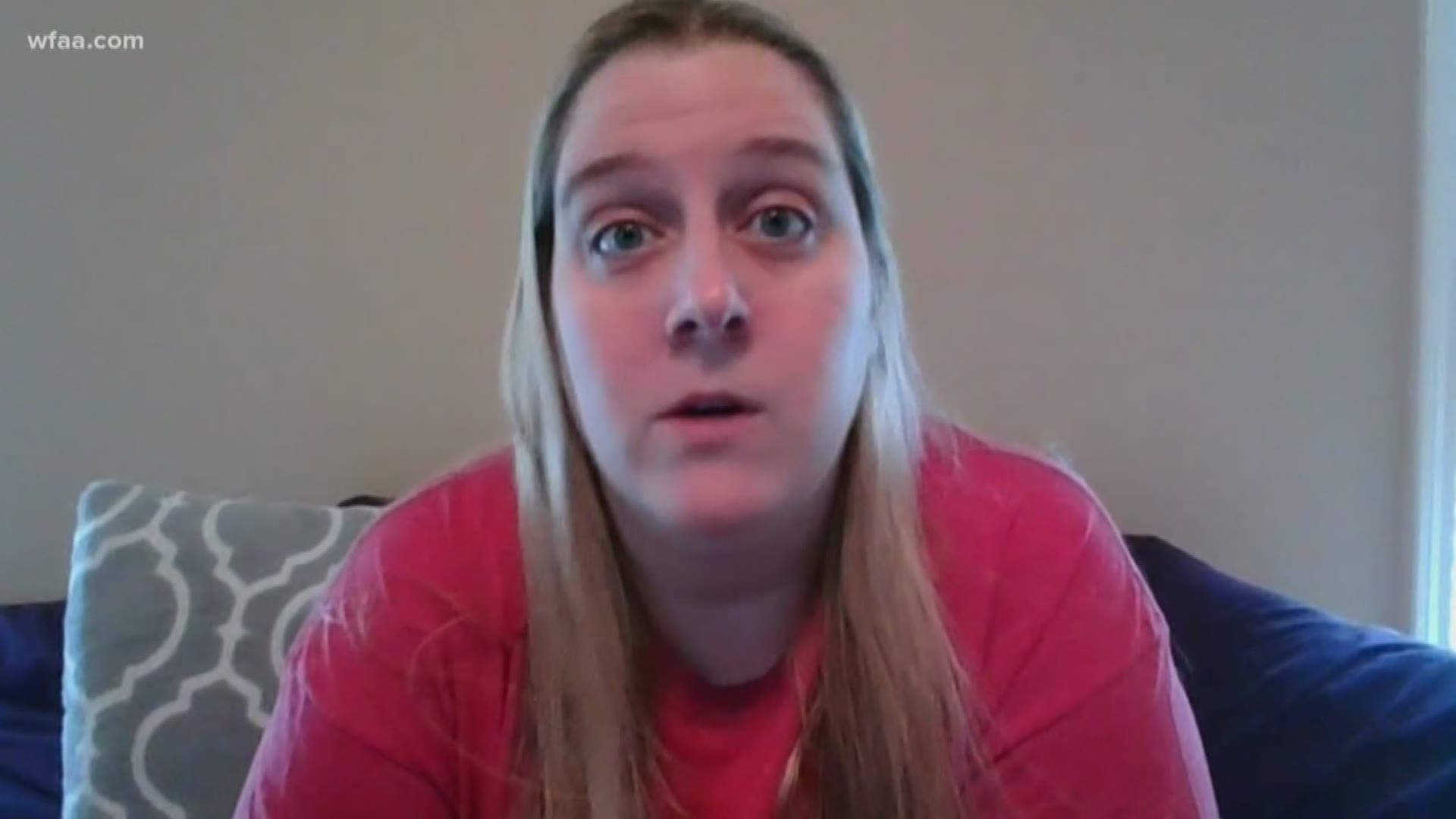 While the cause of death remains under investigation, family said that early indications point to some type of virus that was strong enough to debilitate two healthy, young people.

Michelle Paul apparently died first. There were plans to transport David to Australia for further treatment, but he died before that could happen, possibly from developing pneumonia.

A U.S. Department of State official confirmed the deaths of Michelle and David Paul in Fiji and offered condolences to the family. They are monitoring the investigation by local authorities.

Reached by phone, the U.S. Embassy in Fiji did not comment on the Pauls' death specifically, but said that the government there had been warning of a dangerous flu season that is just hitting the region.

According to a report by the Fiji Broadcasting Corporation, police on the island have confirmed an illness caused the couple's deaths. The report says further testing on the remains will be done overseas.

Calanog said the couple's remains cannot be returned to the United States until a cause of death is determined. If it was an infectious disease, their bodies will have to be cremated.

The couple's children were with relatives, but their beloved dog Zooey had been boarded before they left on vacation. Calanog was determined to find her, so she began cold-calling dog kennels around Fort Worth. She said she made dozens of calls, and a community of animal lovers helped spread the word on Facebook and track down Zooey's whereabouts. She is now at home with Calanog and her husband in College Station.

"We are incredibly grateful for everyone that came together and helped locate Zooey," Calanog said.  "I've never seen a community like Fort Worth come together for complete strangers to help find a family member." 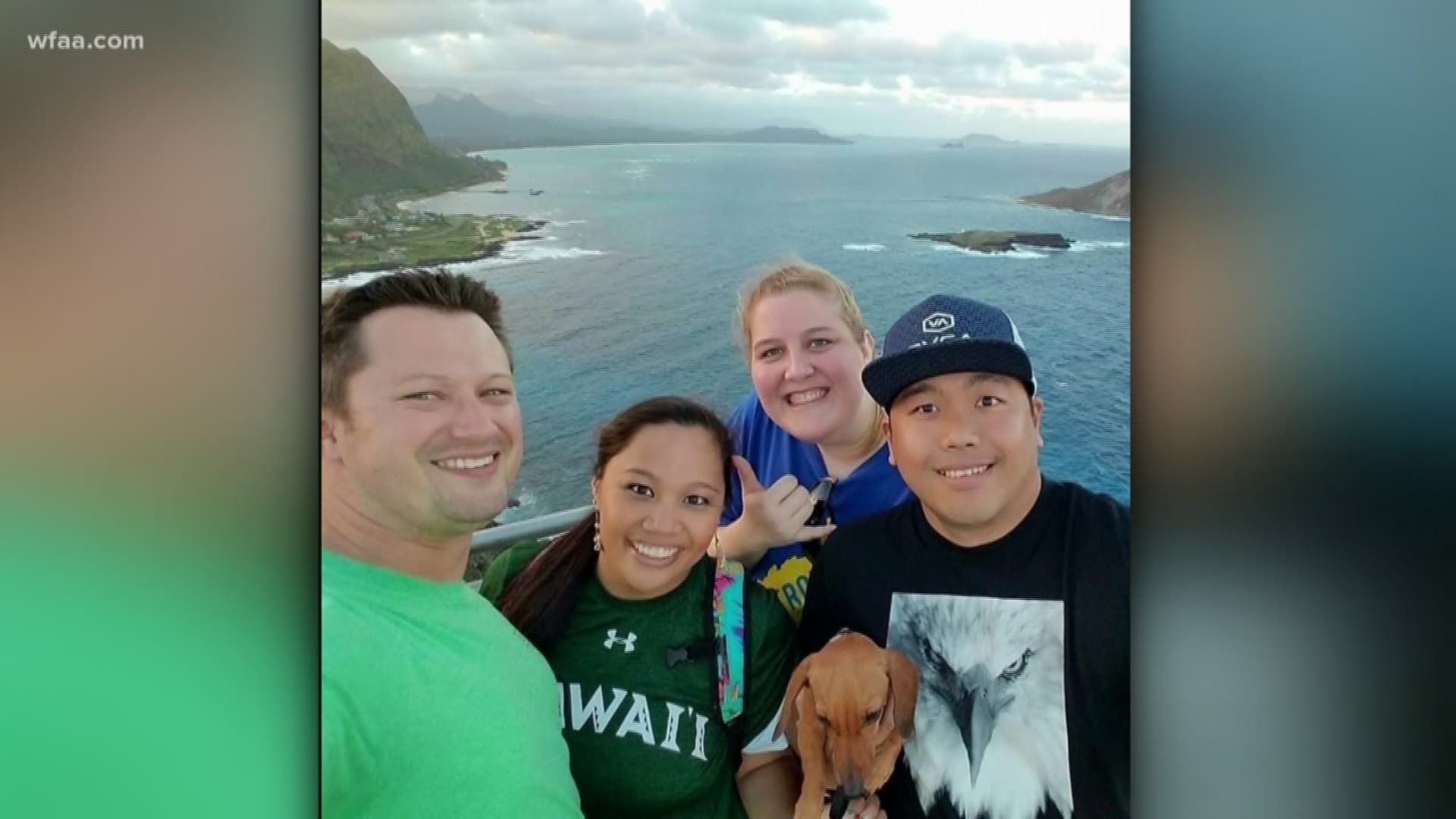 RELATED: Couple who held wedding reception at Ambassador in 1986 remembers storied hotel and its unfortunate end

RELATED: A Dallas church wants to pay for your wedding — but there's a catch