Dallas attorney bit by mosquito in Mexico, diagnosed with dengue

Dengue is a mosquito-borne viral infection, which causes a flu-like illness, according to the World Health Organization. 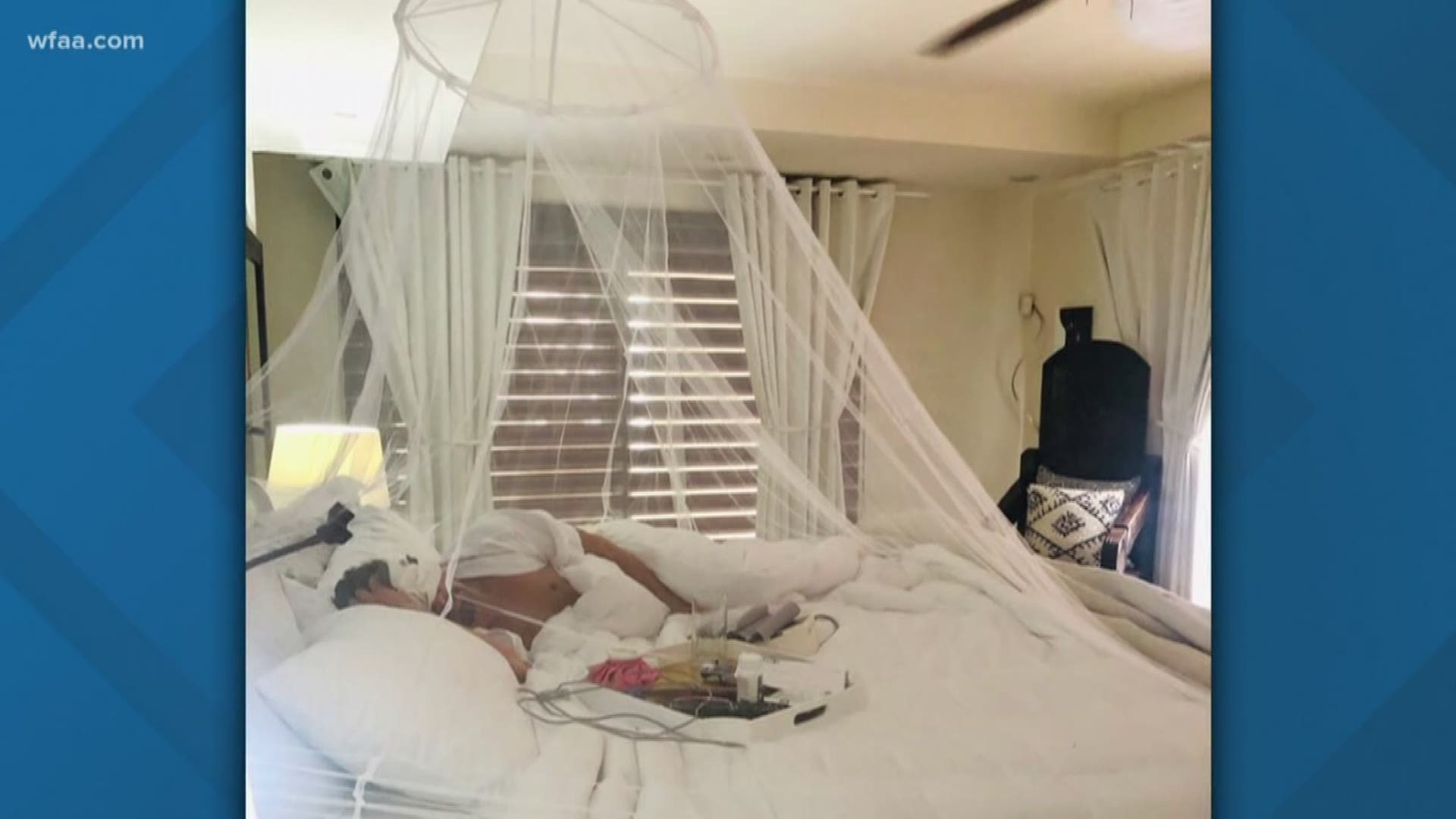 DALLAS — A Dallas attorney staying in Mexico was diagnosed with dengue, a mosquito-borne viral infection.

Clarabeth Hernandez told WFAA that her husband, Juan Hernandez, of Hernandez Law Group, P.C. in Dallas, was diagnosed with dengue about a week ago.

Dengue is a mosquito-borne viral infection, which causes a flu-like illness. Symptoms include fever, vomiting, and aches and pains.

Clarabeth and Juan Hernandez have a home in Playa del Carmen and have been visiting that area for 11 years.

However, until this most recent trip, Clarabeth said they were unfamiliar with dengue, which is also called dengue fever.

“We’ve never heard of it,” Clarabeth said. “So it was really kind of new to us.”

Clarabeth said they believe Juan was bit by a mosquito about a week ago.

“My husband has had the flu before,” Clarabeth said. “This was 10 times worse than the flu.”

She said her husband had a high fever, and they were concerned about severe bleeding.

There have been confirmed dengue cases in Mexico and Central America.

The Texas Department of State Health Services confirmed there have been 27 cases of dengue reported in Texas so far this year. All of the cases were travel-associated, meaning they were contracted outside of Texas.

Data from 2018 shows that of all the travel-associated dengue cases, 1 in 4 reported travel to Mexico.

According to the CDC, there is no specific treatment for dengue.

On Wednesday, Clarabeth said Juan is feeling better and that this experience will not prevent them from visiting Mexico in the future.

It has, however, taught them the importance of using bug spray.

“I can’t stress enough on how important repellent is,” Clarabeth said. “We never really thought it was a big deal until we went through this.”