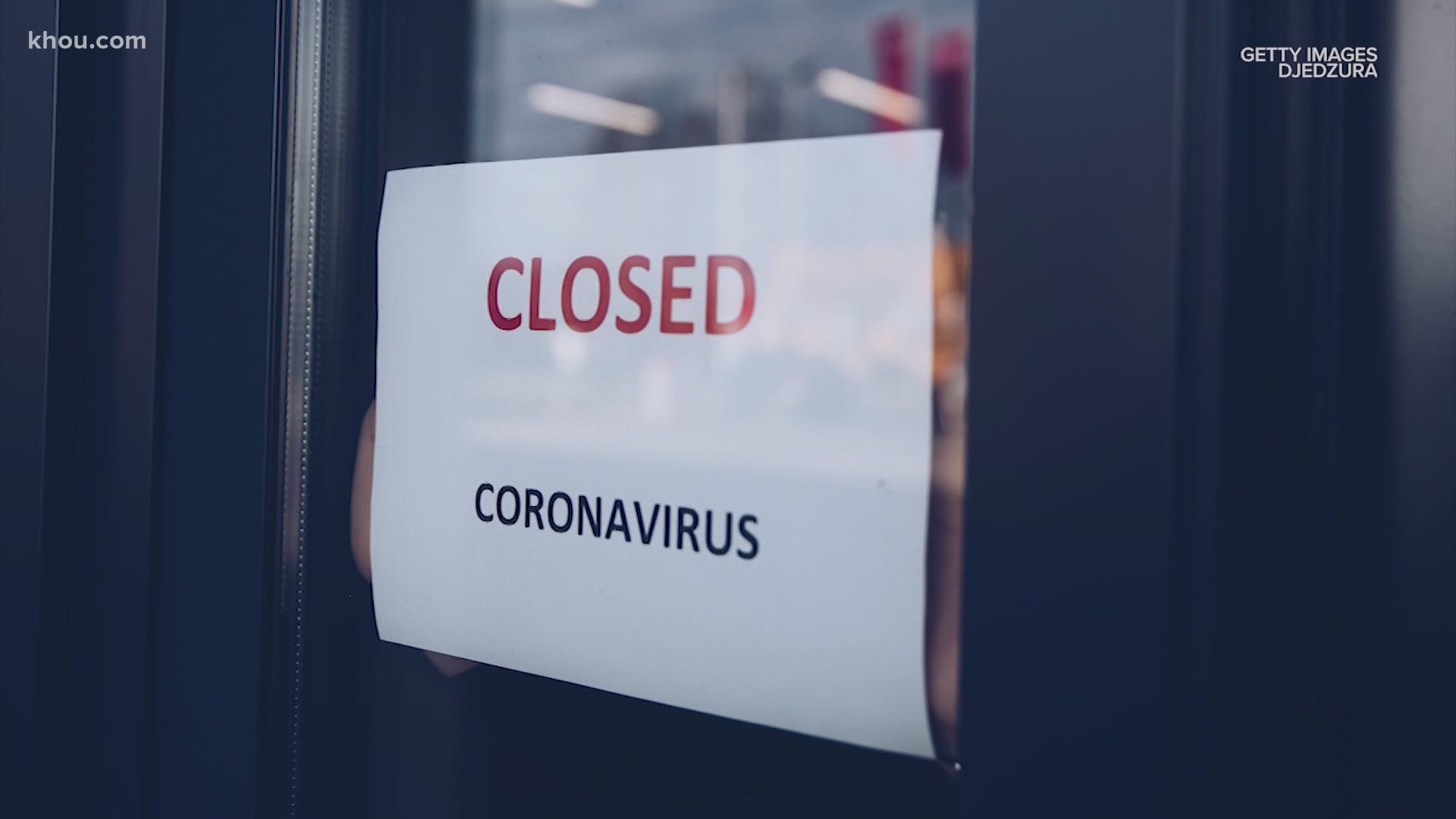 "This is the worst quarter we've seen in well over 100 years," Patrick Jankowski, senior vice president of research at the Greater Houston Partnership, said.

Thursday morning saw reports that the second quarter suffered the worst economic decline on record as the GDP contracted by 32.9%.

Locally, the numbers are equally grim.

"Houston's struggling and has been since the middle of March," Jankowski said.

Jankowski said the Houston region lost 350,000 jobs -- that's one out of every nine jobs in the Houston area. Since Texas reopened, the area has recouped 130,000 jobs, but that still leaves us with a 220,000-job deficit.

"Any way you look at it this is worse than the Great Recession was," Jankowski said while referring to the economic downturn from 2007 to 2009 when the U.S. housing bubble burst and there was a global financial crisis.

But that won't happen this year.

Who is hiring in Houston?

There is some hiring happening. Manufacturing industries not tied to oil and gas are doing slightly better.

Local healthcare companies are looking for workers, as are companies like Amazon, Dominos, grocery stores -- even local school districts.

Jankowski said industries that depend on face-to-face interactions with people are going to be challenged for the next few quarters.

Restaurants, retail, travel and hospitality industries are really struggling. Businesses in those sectors have had to close or severely scale back and lay off workers.

That's a six-fold increase in Houston, where 260,000 people have been filing for unemployment for more than two weeks -- a number that is usually around 30,000.

Coronavirus and the Houston economy

What's worse, Jankowski said, is that there's no end in sight.

The key to recovery, Jankowski said, is beating the virus and renewing consumer confidence.

People need to feel safe to participate in the economy. Right now, the data indicates that they don't.