He cited the number of hospital beds available in the state as a reason. 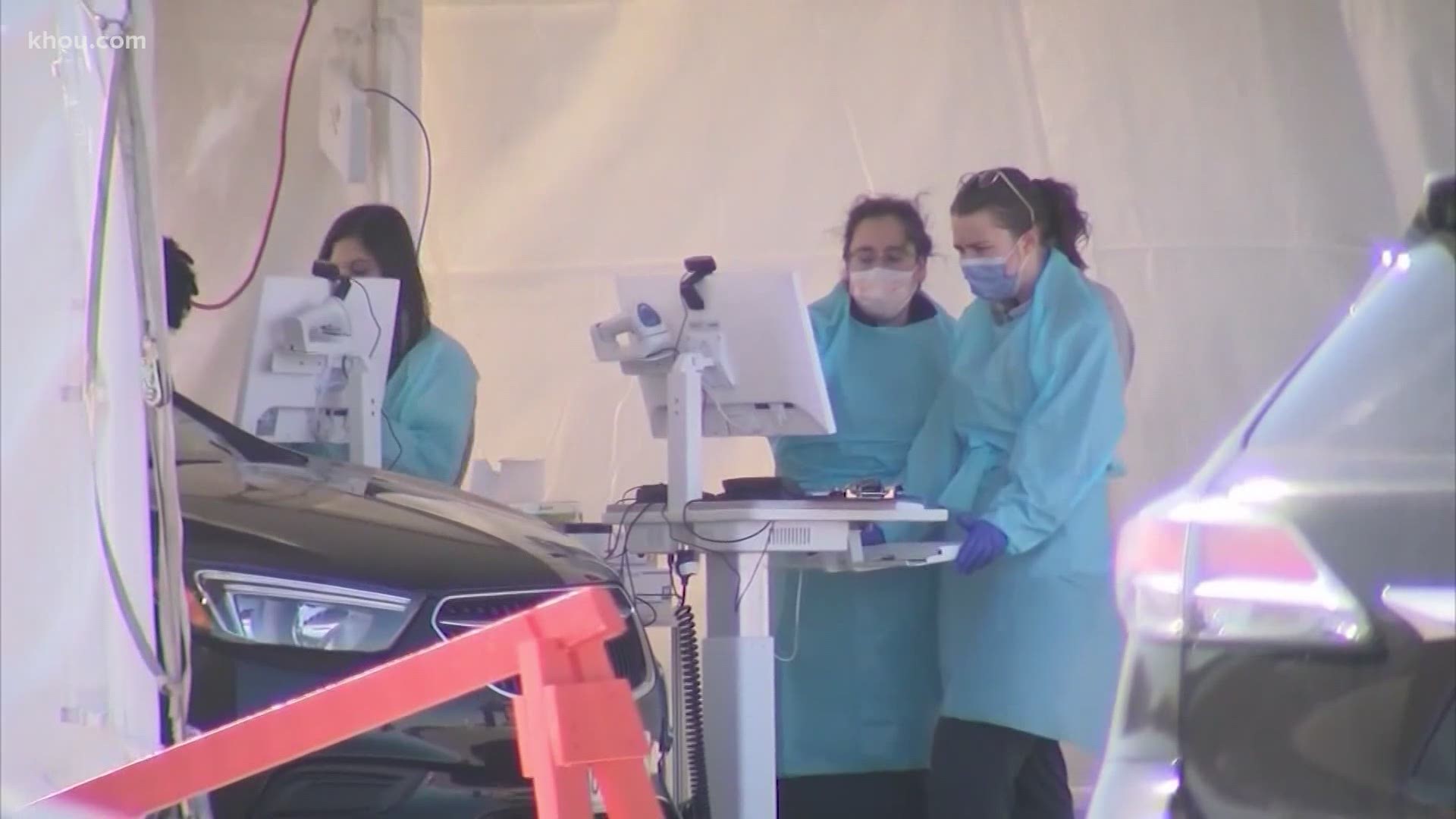 TEXAS, USA — With the number of people hospitalized for the new coronavirus continuing to climb in Texas, Gov. Greg Abbott said Friday that there’s “no real need to ratchet back the opening of businesses in the state.”

One of the reasons, he said in an interview with KYTX television in Tyler, is “because we have so many hospital beds available to anybody who gets ill.”

The state reported Friday that the number of people hospitalized in Texas who are confirmed to have the coronavirus has increased to a new peak of 2,166. That came after three days of record highs this week — reaching 2,153 hospitalized patients Wednesday — and a one-day dip Thursday to 2,008. On Saturday, the state broke another record and reported 2,242 hospitalized patients.

Meanwhile, the seven-day average of new daily confirmed cases of the virus also continues to climb. It reached an all-time high of 1,724 on Friday.

New cases of coronavirus each day

As of June 13, there are 86,011 cases in 237 counties. The average number of cases reported over the past seven days shows how the situation has changed over time by de-emphasizing daily swings. The number of new cases reported drops on weekends, when labs are less likely to report new data to the state.

As of June 13, there are 86,011 cases in 237 counties. The average number of cases reported over the past seven days shows how the situation has changed over time by de-emphasizing daily swings. The number of new cases reported drops on weekends, when labs are less likely to report new data to the state.

Asked about positive test numbers Friday, Abbott said he’s “concerned, but not alarmed.” He noted that testing has gone up across the state and that increased testing efforts in prisons and other high-risk areas are helping drive the higher numbers.

But as the reopening of businesses continues — as of Friday, restaurants in Texas are allowed to operate at 75% capacity, and almost all businesses can operate at 50% capacity — Abbott and other state officials have kept a close eye on the situation in Texas hospitals.

The number of available beds is seen as a key gauge for the state’s ability to handle a potential surge in coronavirus cases, and Abbott has said the hospitalization rate — the proportion of infected Texans who are requiring hospitalization — is a benchmark he’s closely monitoring. That number has trended slowly downward since April and was just over 8% on Friday.

And while the number of people hospitalized with the virus has climbed, state officials and local hospital leaders have expressed confidence in their capacities. The state is reporting a total of 1,502 available beds in intensive care units and 5,814 available ventilators. There are more than 14,000 available hospital beds across Texas, according to state figures.

The Texas Medical Center in Harris County, for instance, reported on its website Thursday that it has 207 COVID-19 patients in the ICU. It rated that number — less than 15% of its base capacity and less than 8% of its surge capacity, though that doesn't take into account people in the hospital for other reasons — as “no concern.” At the Harris Health System, which includes the Lyndon B. Johnson Hospital and Ben Taub Hospital, a spokesperson said this week there has been a slight uptick in cases, but they are mostly “holding steady” for now.

Dallas County reported over 370 people hospitalized Friday morning for the second day in a row. Cases in a hospital or an acute care setting had previously been hovering between 300 and 350.

And in San Antonio, city officials reported 122 coronavirus patients hospitalized as of Thursday night. Officials at Baptist Health System, Methodist Healthcare and University Hospital said this week that they were not immediately concerned about their capacity levels.

In a later TV interview with WOAI in San Antonio, Abbott acknowledged an increase in hospitalizations in that city.

"However, for every person in a hospital bed, there are 10 open, available hospital beds available for them," he said. "So there's plenty of hospital capacity to be able to deal with COVID-19."

David Lakey, the state’s former top public health official, described Abbott’s tone as “appropriate.” He said the state needs to keep watching the numbers closely, but also keep them in perspective and not overreact.

“Our starting point right now is much better than most states,” he said. “The number of cases per million for Texas is less than half the average for the nation. The number of deaths per million, at least the national average, is five times that of which Texas has.”

“There is this need, however, and that is, every single one of your viewers, they have the total ability themselves to make sure they do not get COVID-19,” he said. “It is their choice about whether or not they are gonna go out and congregate with others or go to a store, whatever it is they may want to do. It is incumbent upon every individual in Texas to make sure that they are doing all they can not to get or transmit COVID-19 as we do open up the economy. You have your own control of whether or not you will be getting this disease.”

Lakey echoed those comments, saying that if members of the public avoid crowded areas, wash their hands and wear masks, then governments and businesses will be able to proceed with reopening. Abbott has encouraged the wearing of masks but banned local authorities from implementing orders that impose fines for not wearing masks.

“If we don’t do those things, then, at some time, they may need to take a step backwards,” Lakey said.

But Austin Mayor Steve Adler pointed to the increase in hospitalizations in Austin since Memorial Day weekend as a reason for being cautious about allowing businesses to reopen.

“We said that the alarms would go off when we got to a place where we had 20 new hospital admittances as a seven-day daily average,” he said. “Today we have 29, which is giving us a seven-day average of 17. Just a week and a half ago, we were between eight and 10.”

Adler warned that if hospitals reach capacity, the quality of care will suffer — not only for COVID-19 patients, but for everyone.

"So we have to really try to avoid that surge if we can," he said.

"And the fact that it seems as if fewer people are doing that over time, I really do think it's putting at risk our ability to be able to sustain the reopening of the economy," he said. "And I think people need to hear that and internalize that.”

Adler also said that Abbott is sending mixed signals by making recommendations about how people can stop the spread but not issuing any enforceable requirements.

"It sounds almost like it doesn't really matter. If the governor is not going to enforce it, then I sure would hope that he would allow local jurisdictions to decide to enforce it, if that's something that they want to do locally,” Adler said.

OTHER TOP STORIES ON KHOU.COM