White House does temperature checks on reporters before briefing

The White House said the policy is that anyone close to President Trump or Vice President Pence will have their temperature taken first. 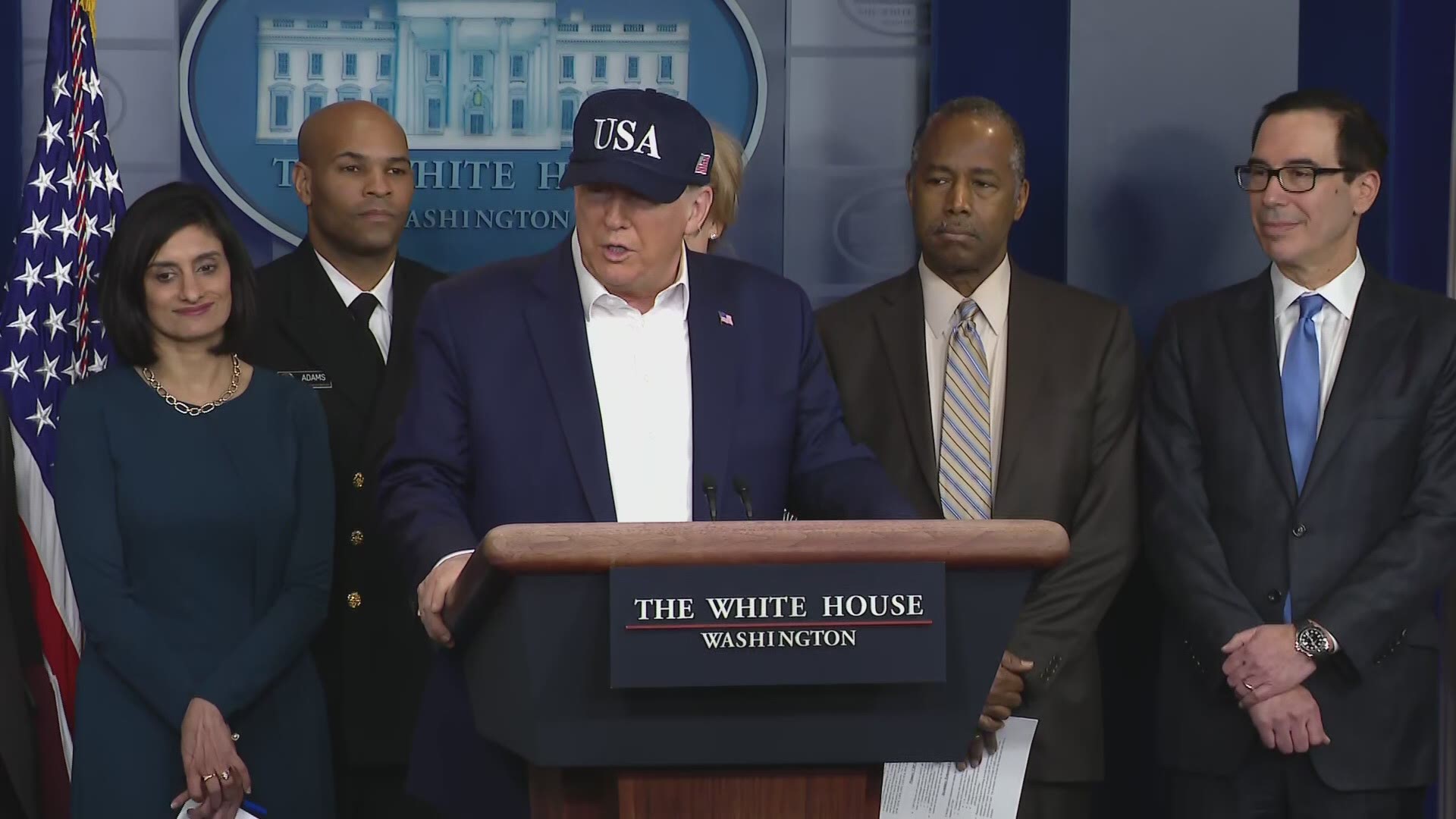 WASHINGTON — President Donald Trump and Vice President Mike Pence addressed the press Saturday morning after a meeting with the Coronavirus Task Force on the latest measures to contain the virus outbreak. Before they entered the room though, a physician began taking reporters' temperatures.

Reporters in the Brady Briefing Room described a "man in a suit with a no-contact thermometer" performing temperature checks on reporters around 11:30 a.m.

"Out of an abundance of caution, temperature checks are now being performed on any individuals who are in close contact with the President and Vice President," Special Assistant to the president Judd Deere said.

According to a USA Today reporter, one reporter was asked to leave before the briefing due to a high temperature.

President Trump kicked off the post-Task Force briefing by discussing his own coronavirus status, saying he had taken a test and expected results within a few days. He also addressed national efforts to stop the spread of the virus.

Trump placed a 30-day ban on travel from Europe to the United States -- with several exclusions -- after the World Health Organization declared the continent the epicenter of the world's coronavirus pandemic. Now, Trump has extended the ban to include travel from the UK and Ireland, effective March 16.

RELATED: President Trump bans travel from Europe to US for 30 days

Trump also addressed the possibility of travel restrictions within the United States "specifically from certain areas" and said they are working with the states.

"If you don't have to travel I wouldn't do it," Trump said. "We want this thing to end."

The Department of Defense is halting halt all domestic travel for military members after President Donald Trump declared the coronavirus pandemic a national emergency. The new guidance takes effect Monday and last through May 11.