What’s life like in a Texas county with zero coronavirus cases?

Somervell County, about 75 miles southwest of Dallas, is the only county near the D-FW metroplex with no confirmed cases of COVID-19. 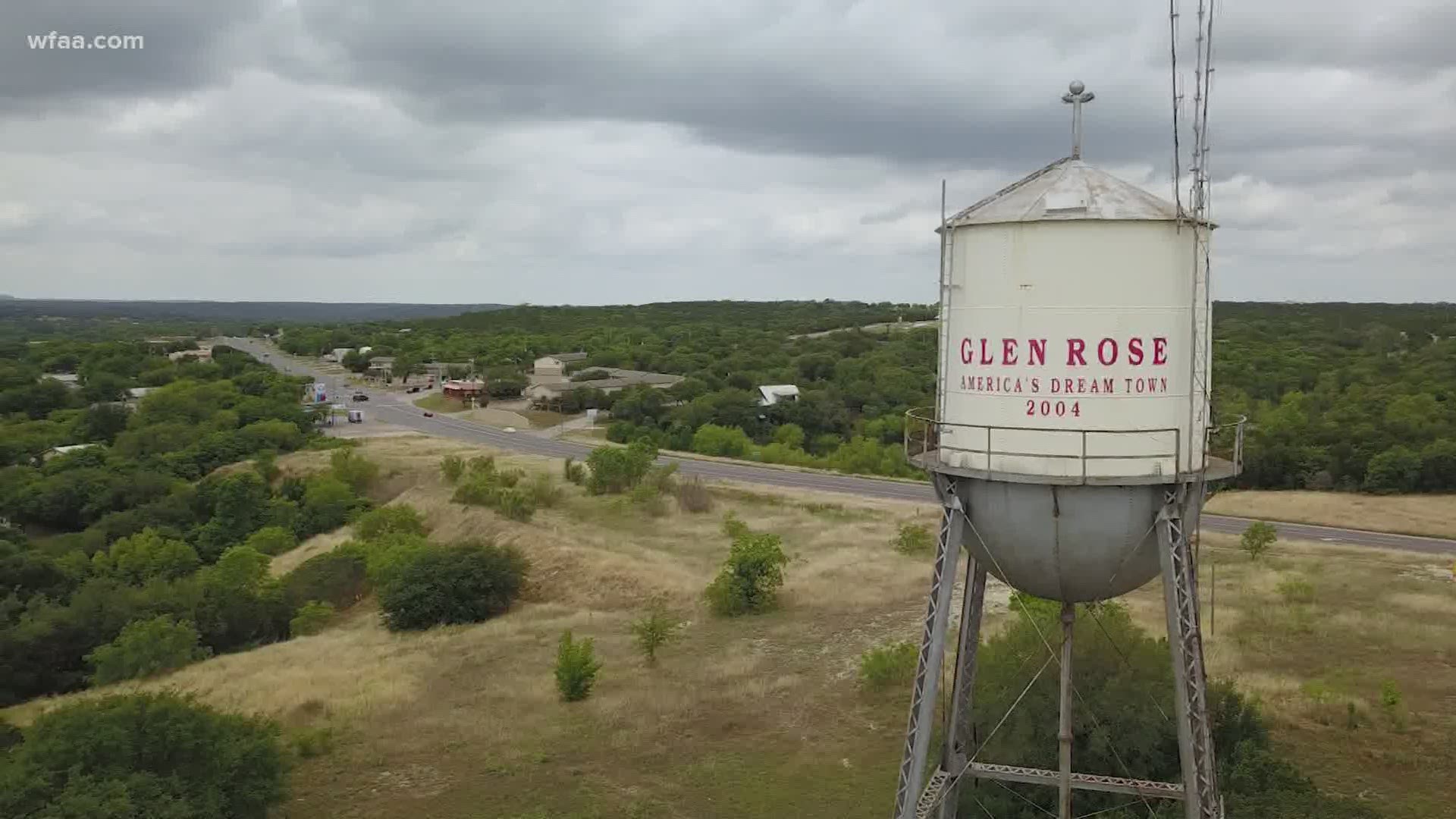 GLEN ROSE, Texas — Somervell County did not discover and deploy a secret strategy that magically kept its approximately 9,500 residents healthy.

But somehow, despite being located only about 55 miles from Fort Worth and 75 miles southwest of Dallas, this county has - so far - escaped the coronavirus pandemic.

Somervell is the only county near the D-FW metroplex with zero confirmed cases of COVID-19.

“I’m sure it’s a whole lot of luck,” said county judge Danny Chambers. “But it is great to live in a small community. We’re more spread out. We’re not as densely populated.”

Chambers doesn’t credit any special decisions he or his county commission made, and a doctor at Glen Rose Medical Center who is acting as the county's medical advisor doesn’t either.

“I am a little surprised,” said Dr. Steven Vacek. “People would say that by the grace of God and really good luck, we’re still COVID free.”

Every county surrounding Somervell has reported cases and, in some instances, deaths.

Vacek said one person who lives in a neighboring county did test positive for the virus at Glen Rose Medical Center and five people who live in other counties tested positive for antibodies, meaning they might have previously had the virus.

But no resident of Somervell County has tested positive.

It is impossible for any elected leader to keep all of their constituents happy all of time – particularly in the middle of a national health crisis.

But because Somervell County must follow the same state orders that counties with thousands more cases have to follow, Chambers said he’s been in a difficult position.

“When you’re trying to dance to what the governor says, abide by his rules and regulations, but also trying to do what’s right for your folks in your county, there’s where it gets tough.”

Just like in any county across Texas, shops and restaurants and stores in the county seat of Glen Rose and across Somervell County shut down in March. Businesses closed, and the school year ended.

“That Friday before our spring break, all of us walked out of school and we never thought it would be our last time together,” said Drew Dunson, the valedictorian of Glen Rose High School’s Class of 2020.

“It was just like – that’s it – it’s over,” added classmate Orrin Miller.

The school district canceled prom, senior recognition assemblies, academic and athletic competitions, and all the other activities seniors had spent years dreaming of.

“Right before I left for spring break, I told my friends that I was so sick of school,” said senior Abby Payne. “Now, I wish I could go back in there.”

The class of 2020 has handled the interruption with grace.

“Potentially we could have spread [the virus] if we would have kept going to school,” said senior Avery Turner.

“A lot of it has been negative, but one positive has been getting to spend more time with my family before I go to college.”

Glen Rose High School will hold a graduation ceremony on the football field.

Seniors are limited on the number of tickets they receive.

Graduates will spread out on the field while their friends and family members will have assigned seats in the stands, with rows and sections blocked out to provide appropriate social distancing.

Vacek said some people seem to be growing weary of the extreme measures the county had to take.

“People want to do the right thing,” Vacek said, “but I think over the last few weeks they’re getting frustrated. They think, 'There’s nothing happening. We didn’t get any.' And that’s a good thing, but it makes people wonder if they were doing the right thing.”

Because Somervell County currently has no confirmed cases, retail stores and restaurants can reopen with higher capacity crowds than in other counties.

Chambers said the county’s biggest money maker is tourism. Fossil Rim Wildlife Center and Dinosaur Valley State Park – both of which have reopened – are popular attractions.

With bigger crowds now gathering in their county, Chambers believes it’s pretty much “inevitable” that cases of COVID-19 will appear.

“Since it is in every county around us, eventually it will get here,” Vacek said. “It’s just a matter of time.”