What we know about Georgia coronavirus cases

The Department of Public Health said they are working to identify anyone who may have been exposed to the illness while the two people were infectious. 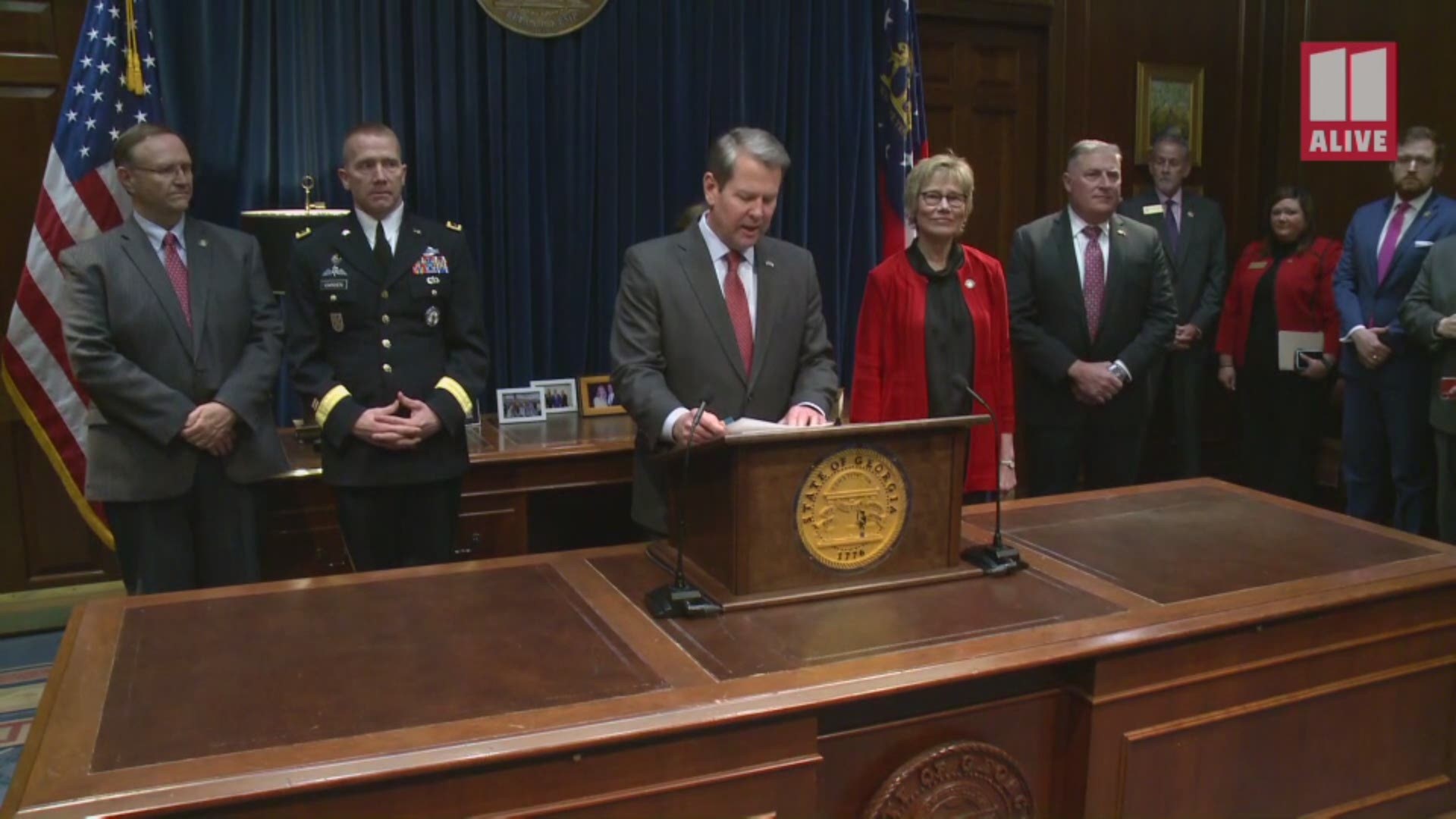 ATLANTA — The first cases of the novel coronavirus have been confirmed in Georgia.

Gov. Brian Kemp and other state officials held a late-night news conference on Monday evening to make the announcement about the two COVID-19 cases in the state.

Here is what we know:

The Georgia Department of Public Health said they are working to identify anyone who may have been exposed to the illness while the two people were infectious.

“Our team has been working around the clock to prepare for any scenario. Already, state health officials have established contact with these individuals to gather more information, monitor their condition, and determine any exposure,” said Governor Brian Kemp.

“They are confident that our efforts to prepare for this moment have enabled us to manage these cases appropriately and minimize any risks moving forward," he said.

The vice president is leading efforts nationwide regarding the ailment. Just last week, Kemp announced a Coronavirus Task Force to oversee the state's preparations. He said then that the task force would address any cases that are confirmed.

RELATED: Coronavirus: Answering the top 10 questions people have been Googling

Health officials said COVID-19 spreads through the air when a person with the infection coughs or sneezes. Symptoms appear with two to 14 days after exposure. Some of the symptoms include difficulty breathing, fever, a runny nose, and cough.

Doctors suggest thorough handwashing with soap and warm water for at least 20 seconds for prevention. When soap and water is not available, use an alcohol-based hand sanitizer.

You should also avoid close contact with people who are sick and to stay home if you are sick.  Do not touch your eyes, nose, and mouth with unwashed hands.

This interactive map shows all reported coronavirus cases in the world

Children can get the coronavirus but most will have mild symptoms

WHO: Coronavirus containment is 'feasible'