'This is God’s work' | Non-profit says it's helped 115,000 people with food and financial assistance during pandemic 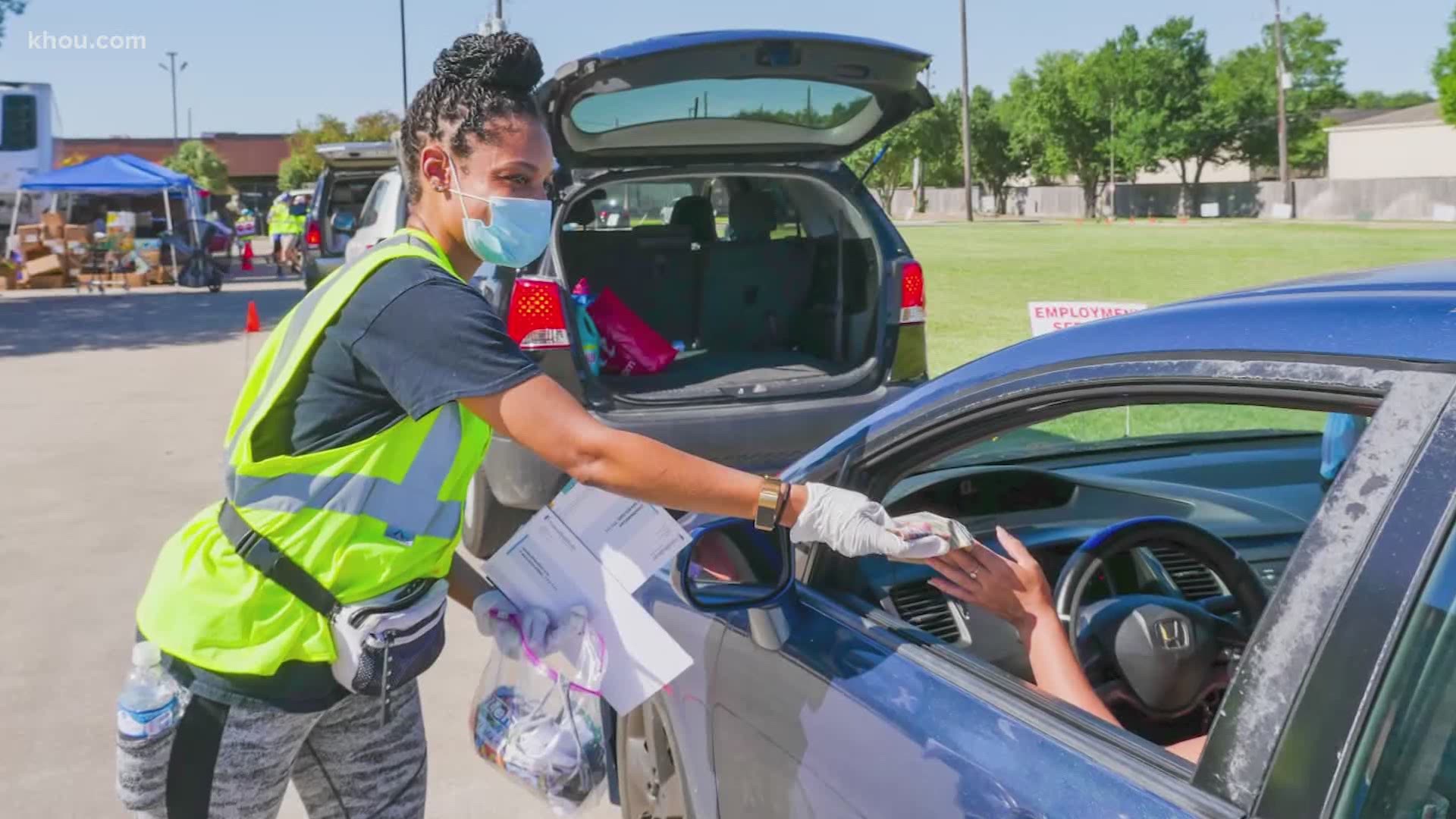 HOUSTON — The demand for help with basic needs has been constant for thousands of Houston-area residents.

Claudia Johnson is one of them.

Johnson was excited when she moved to Houston at the beginning of the year.

Back then, she had a job and life was good. Then things changed.

“It hasn’t been good,” Johnson said. “I was working before all this happened, I got laid off during the pandemic, and I’m just waiting for things to go back to normal.”

She never thought she’d be asking for help.

Johnson is one of more than a hundred thousand people who’ve received help from West Houston Assistance Ministries during the pandemic.

She is one of the many who have sought help for the first time.

Three times a week long lines of cars form at the non-profit organization for food distributions.

“People will often see the footage and they’ll say, ‘Hang on, that’s a nice car, why do they need help?’ said WHAM CEO Mark Brown. “What we’ve discovered is the folks who’re in nicer cars, have lost their job. And they’re in a very, very dark place.”

Brown says this year has been unlike any other in the past.

Brown, who is also a Harris County Sheriff’s Office reserve deputy, has seen many sides of the pandemic.

He says the desperation is everywhere.

“I see both sides of it,” Brown said. “I see the level of stress and struggle there is, the desperation that we’re seeing on the streets, in families and in homes.”

But no matter how much sadness he sees, Brown says he and his team will continue along with their purpose.

“It’s a privilege,” Brown said. “I don’t say that as a throwaway line. This is God’s work. This is the work of helping the people struggling in our community, and I couldn’t think of anything else I’d want to do right now, for sure.”