'We didn't think it would be this bad': Retired St. Charles couple stuck on cruise ship

"We have a number of elderly passengers," Harris said. "If someone was showing symptoms, we'd certainly know by now." 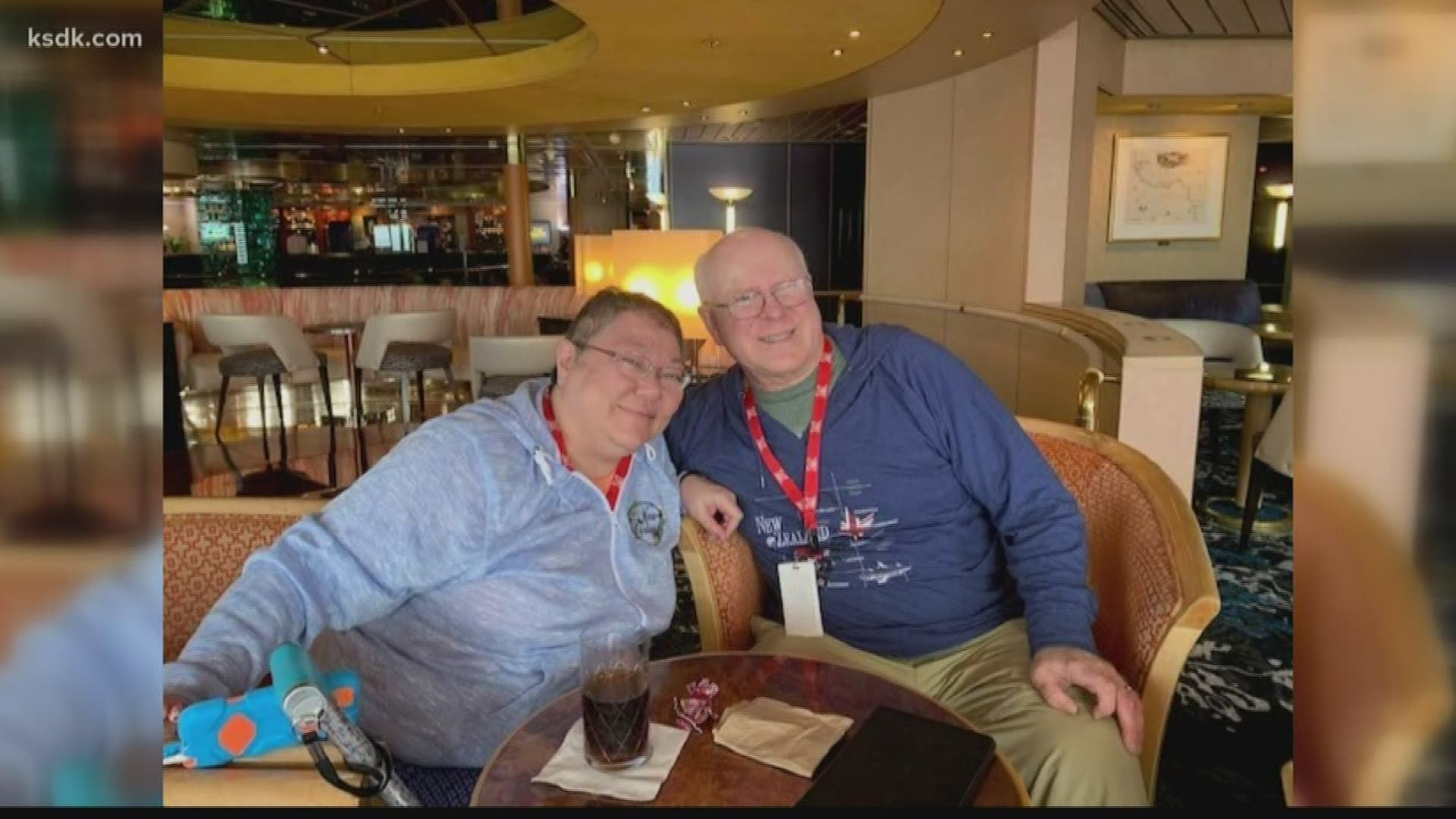 ST. LOUIS — When Jeff and Tome Harris started planning their 34-day cruise through the South Pacific, they hadn't even heard of the coronavirus. When they boarded the ship on March 1, it was a concern but not serious enough to keep them home.

"We were always worried about that," Harris said. "We didn't think it would be this bad. We couldn't cancel because they didn't cancel the cruise."

The itinerary for the trip started in Auckland, New Zealand, and boasted of stops in Fiji, Tonga and French Polynesia before taking passengers to a few of the islands in Hawaii and eventually ending in San Diego on April 3.

RELATED: 'We didn't have an opportunity at all': Missouri family stuck in Peru amid travel ban

Just days into the trip, while traveling from Fiji to Tonga, passengers were told Tonga was not accepting any cruise ships. They were able to make the stop scheduled after Tonga and get off the ship, but afterwards were told their trip would be cut short.

Harris said the initial plan was for the ship to be at-sea for about a week to get them to the Big Island in Hawaii by March 20. From there, passengers would have to re-book their travel home. Twenty hours before they arrived, after Harris had re-booked their flights, passengers were alerted that the city where they were supposed to dock did not want their ship to come in.

"We were told some of the private boats were planning to block us from coming in," Harris said.

Eventually, Harris said passengers were told the governor of Hawaii would allow the ship to come into Honolulu to refuel and get more supplies since it was supposed to restock in Tonga. However, passengers were not able to get off the ship.

"I haven't been able to get off the ship since March 13," Harris said.

Monday afternoon, while Harris was doing a FaceTime interview with 5 On Your Side, an announcement came over the ship's intercom system stating that the boat would be able to dock in San Diego by the 27th and would stay through the 28th to give passengers a chance to fly home. The announcer also said the passengers would have to go straight to the airport and fly home.

In the meantime, Harris said the crew members have done their best to keep the experience as normal as possible, offering activities on the ship.

"The food has been pretty good," Harris said. "They’ve had to be creative with a lot of things because many things are running short.”

Harris said there are no COVID-19 cases on the boat.

"We have a number of elderly passengers," Harris said. "If someone was showing symptoms, we'd certainly know by now."

Harris, who worked in a hospital, said it's been weeks since passengers have had contact with people off the ship.

"We're more apprehensive about getting home and what's going to happen there because right now we're in a bubble," Harris said. "We're in a cocoon. We don't have to worry about social distancing. We can eat at restaurants and bars. We can socialize." 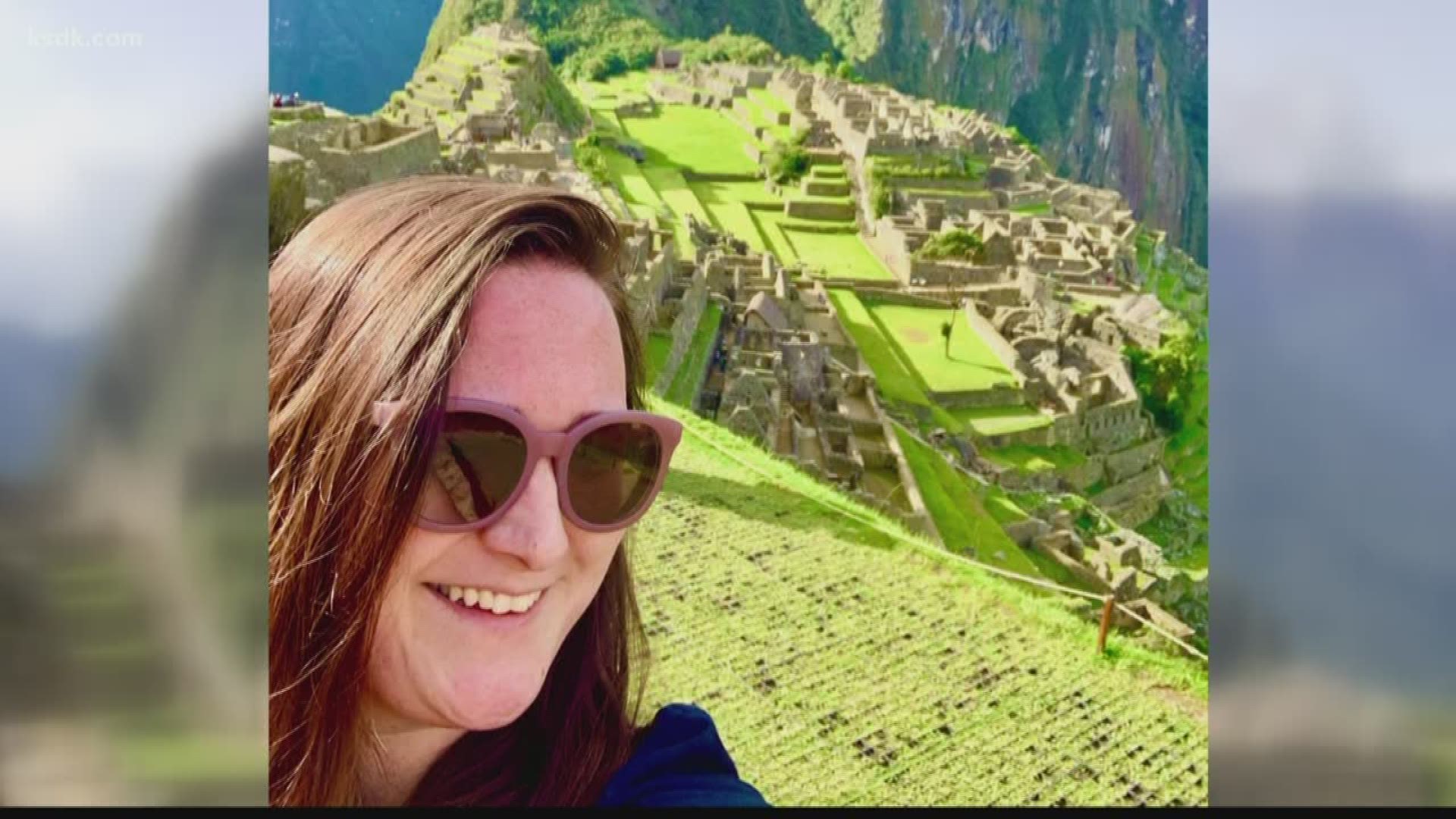