The White House says meeting Biden’s vaccination goal is less important than the pace of the nation’s reopening, which is exceeding its own internal projections. 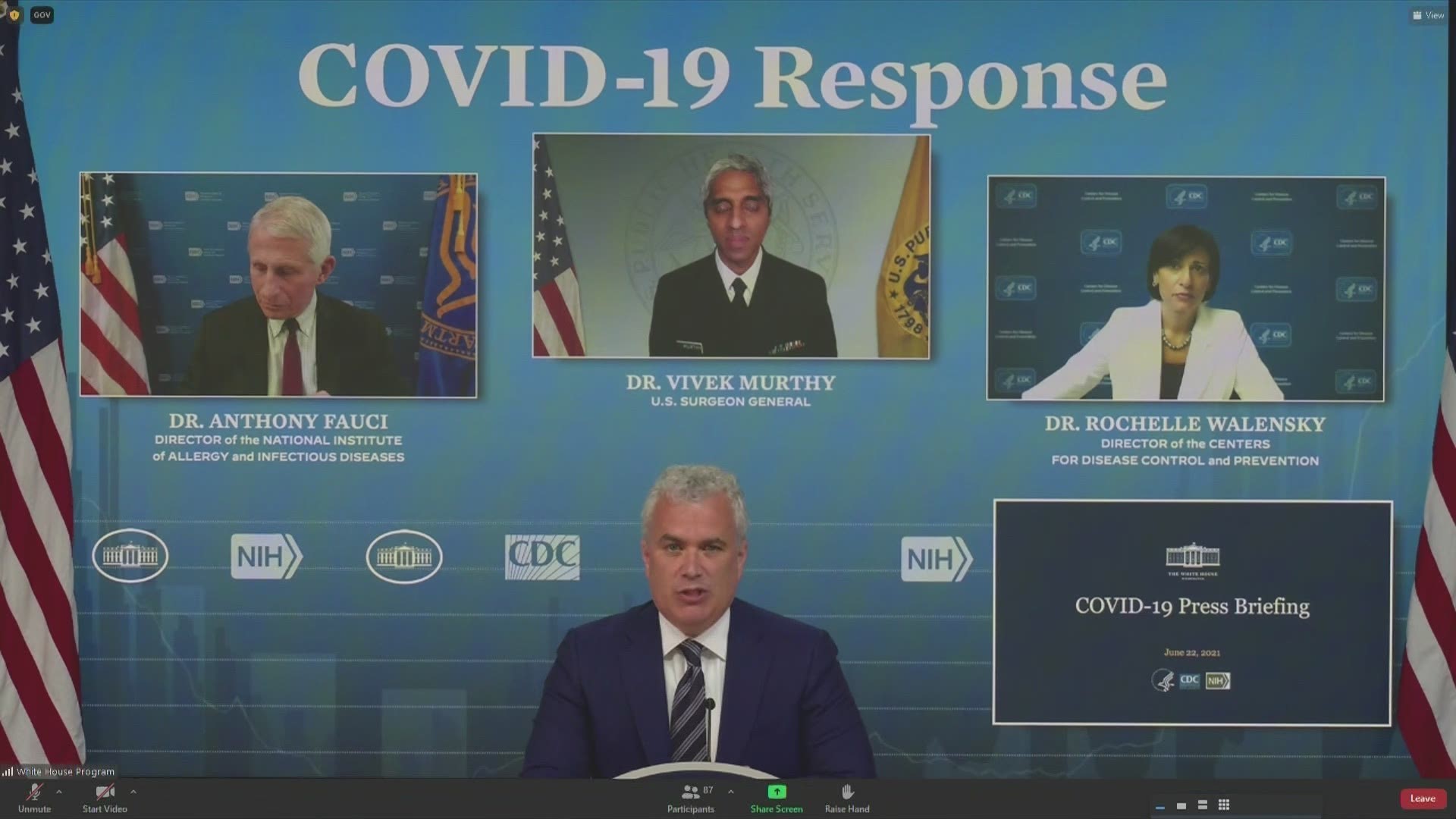 WASHINGTON — More than 70% of Americans age 30 or older have received at least one dose of a COVID-19 vaccine, the White House said, even as President Joe Biden is set to fall short of reaching his goal of giving a shot to the same percentage of all American adults by Independence Day.

The Biden administration is releasing the new data Tuesday showing it expects to reach 70% of Americans age 27 or older with at least one shot by the July 4 holiday. A White House official said it is now redoubling its focus on vaccinating younger Americans age 18-26, who have proved to be least likely to get a vaccine when it's available for them.

The White House said meeting Biden's vaccination goal is less important than the pace of the nation's reopening, which is exceeding even its own internal projections as the overwhelming majority of the nation's most vulnerable people are fully vaccinated and cases and deaths are at their lowest rates since the earliest days of the pandemic.

Still, the nationwide rate of new vaccinations has dropped off precipitously over the past month even as shots have become more available, with fewer than 300,000 Americans now getting their first dose per day on average.

Americans at the highest risk for complications from COVID-19 are overwhelmingly vaccinated, according to data from the Centers for Disease Control and Prevention, but only 53% aged 25-39 have received one dose. Among those 18-24, it's 47%.

“What we’ve seen, as we’ve dug into the data, is that there is a big gap between individuals 25 and over, and 18 to 25,” White House press secretary Jen Psaki said Monday. “That means that’s an area we need to continue to work on."

RELATED: CDC: Delta variant expected to be dominant in US