According to the Texas Department of State Health Services, only 26 percent of kids ages 12 through 17 are vaccinated. 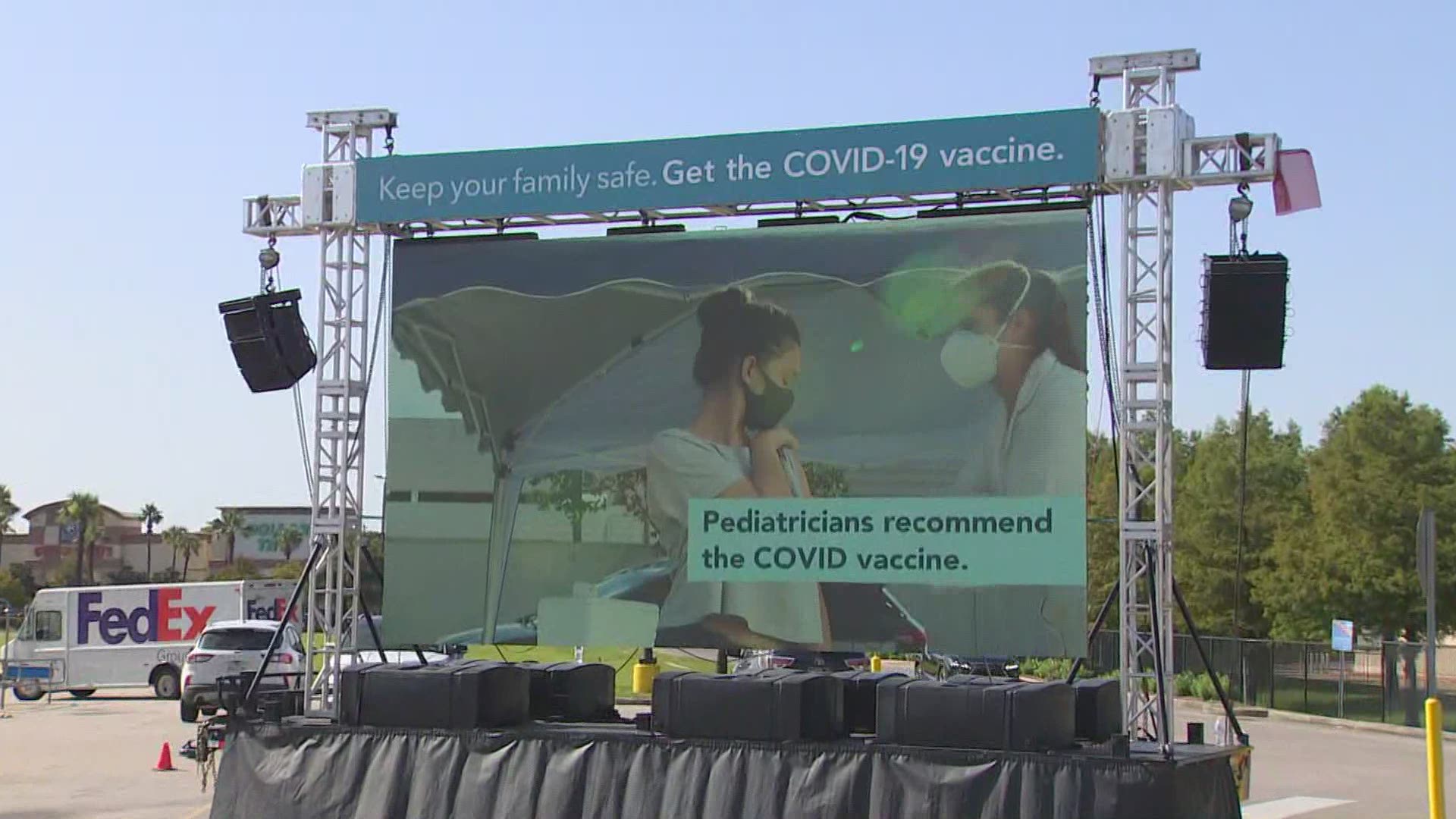 The number of lab-confirmed hospitalizations from COVID-19 crossed 4,000 in Texas for the first time since March.

That same day, DSHS brought a new campaign to Houston to push that number higher.

The department set up a 16-foot-tall video wall in the parking lot of the Walmart on the North Freeway at Crosstimbers. It plays PSAs in English and Spanish urging families to vaccinate their kids 12 and older ahead of the new school year.

The videos feature sound bites from parents and pediatricians, including Dr. Daphnee Jean-Francois of Houston.

“I would encourage parents to get their children the COVID vaccine,” said Dr. Jean-Francois, in a video produced by DSHS. “The benefits of receiving the vaccines far outweigh the risks.”

Memorial Hermann’s average COVID patient is now in their upper 30s, down from the early 50s in March, according to the hospital’s CEO.

Dr. David Callender says more than 99 percent of those patients are unvaccinated, with the more contagious Delta variant dominant in the Houston area.

“Clearly we’re at the highest rate of acceleration during any time in the pandemic,” said Dr. Callender.

Dr. Callender said as of Monday, COVID hospitalizations have quadrupled to more than 400 since July 4.

“We’re still not pushed in terms of ICU beds for adults,” said Dr. Callender. “The numbers that we’re seeing now are still less than half of what we had to deal with during the major surges back in the winter and last summer.”

Harris County Public Health is teaming up with businesses like Big City Wings to bring shots to the unvaccinated and keep the variant from spreading further.

“Hopefully, word of mouth will help this grow,” said Katheline, the manager of the restaurant’s location in Northwest Harris County, which was hosting a vaccination event Monday. “We wanted to make sure that everybody had an opportunity to get vaccinated.

On Tuesday from 8 a.m. to 5 p.m., Harris County Public Health will give free Moderna vaccinations to adults at the North Houston Skatepark.

The DSHS video wall will return to the North Houston Walmart from 3-7 p.m. Tuesday before heading to some of the retailer’s other stores around the state.